At a meeting with members of the FCC International Bureau (IB), representatives of SpaceX discussed the company's third revision of its Starlink Satellite Internet constellation posture, which is currently facing opposition from many companies.In this modification, SpaceX asked the committee to allow it to reduce the elevation of the earth station and the height of the satellite, respectively, in order to reduce interference and improve safety. 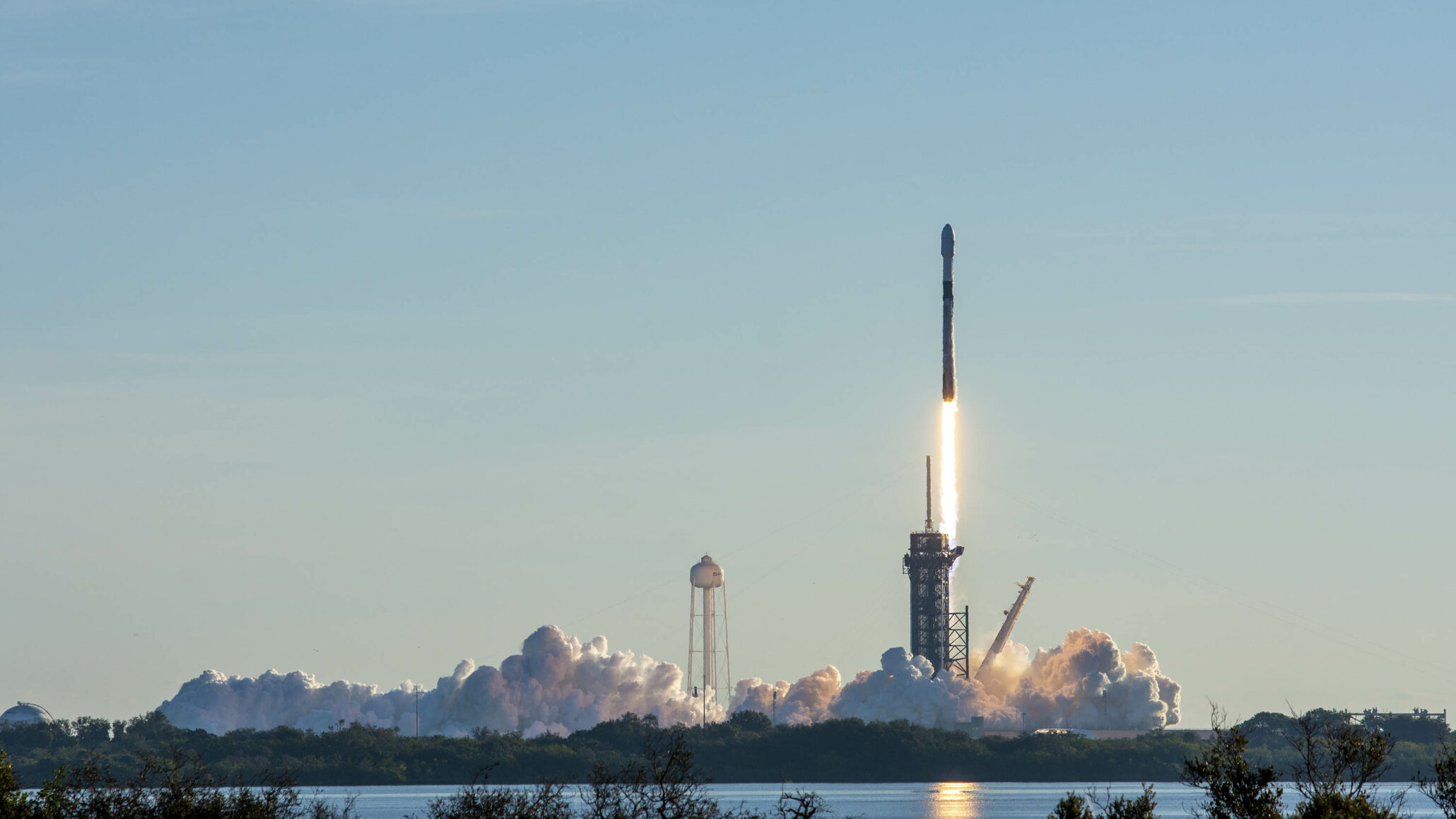 However, this proposal has been scrutinized and challenged by Kuiper, Amazon satellite division, dish company and other non US registered companies, who believe that these changes will hinder their operation ability. SpaceX's latest discussion, which further elaborates on the company's security improvements to Starlink, restates previous arguments.

As is often the case in SpaceX's FCC filings, Mr. David Goldman, the company's director of satellite policy, is not stingy with his views when it comes to dealing with competitors. At a recent meeting with IB, the executive highlighted the latest changes made by spacecx to improve Starlink security. Competitors, including Amazon, claimed that the modification request made the constellation more dangerous because it could collide with satellites proposed to operate at these altitudes.

On the security side, SpaceX has made two corrective changes to improve the non mobility of the satellite. The first is to improve its manufacturing process so as to better carry out satellite testing. The second is the software update, which aims to eradicate the problem that causes the spacecraft to stop responding. According to Goldman, these changes are beginning to pay off, because of the last 723 satellites launched by SpaceX, 720 satellites are more mobile than the injection altitude. Compared with launching the satellite directly to its orbit altitude, SpaceX first sends the satellite to a lower injection altitude, then tests its operability and response, and then lifts the satellite to its orbit destination. 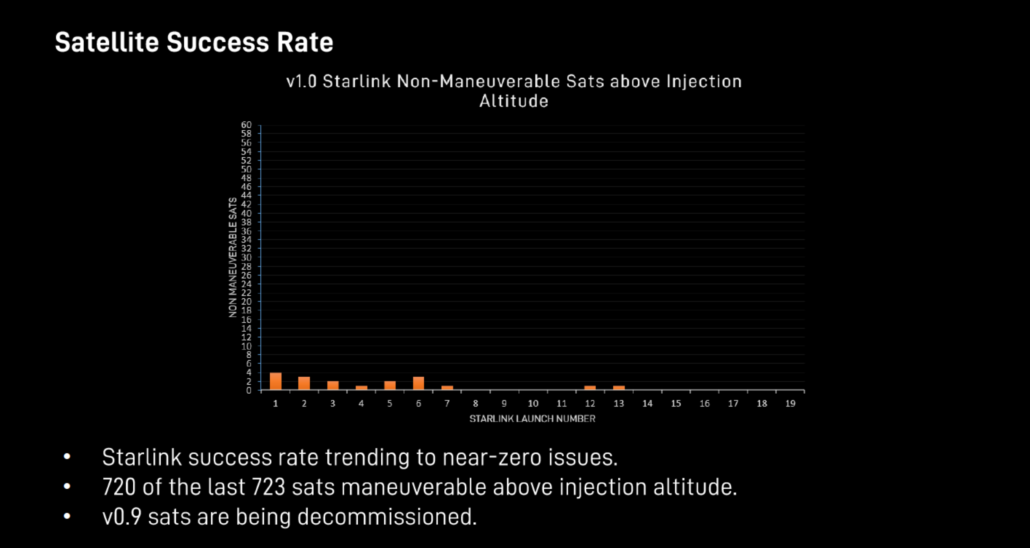 The company also began decommissioning its old satellites because it reiterated the argument before the FCC that the lower the altitude of the satellite, the earlier it would burn out of control in the earth's atmosphere. According to SpaceX, if it loses control of satellites, they should burn up in the atmosphere in one to five years.

Amazon's arguments against Starlink fall into three categories. The company believes that because there are more active satellites in the line of sight, the elevation angle of the earth station decreases and the beam profile becomes larger, which will increase interference after modification. 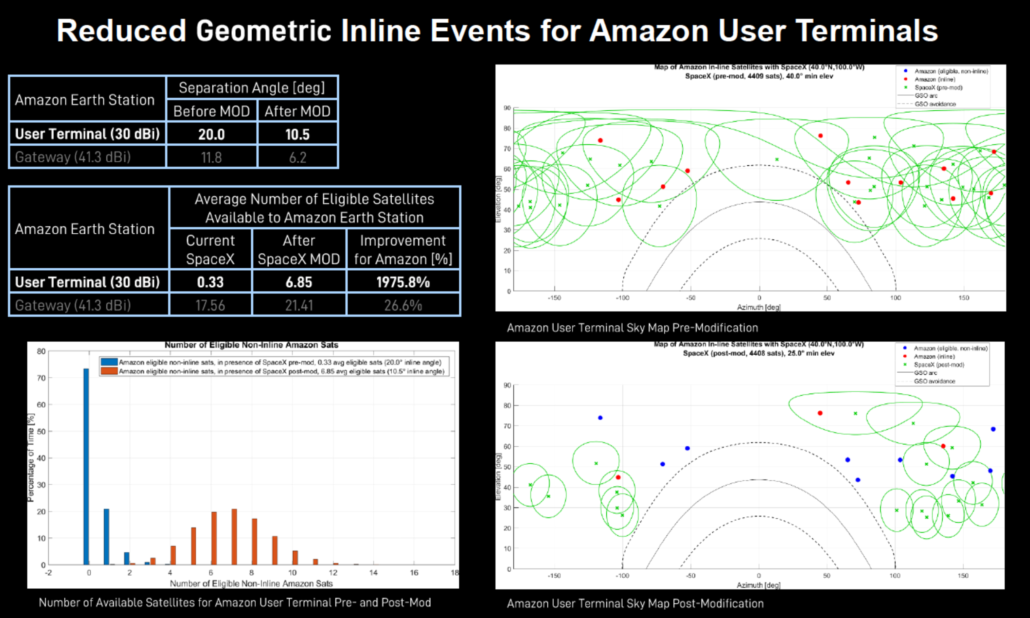 SpaceX also believes that dish's request for data is just "mashing up". He outlined before the committee that mvdds suppliers had asked SpaceX to share system information with them in the past, but after SpaceX provided information, they left the agreement requiring them to share system details as well.

Related news
SpaceX started building Starlink Internet Satellite Constellation
Starlink Internet Satellite Enters Test Stage
SpaceX have put more than 350 Starlink Internet satellites in orbit
SpaceX successfully launched 60 Starlink satellites into the space Internet Era
SpaceX concessions to Amazon to reduce Starlink height to avoid overlap with Amazon's satellites
SpaceX makes concession to Kuiper, an Amazon satellite company, to reduce the orbit altitude of Starlink constellation
Musk fired at Amazon, saying it was trying to block Starlink
SpaceX accused Amazon of trying to slow down the deployment of Starlink
SpaceX is preparing to launch its new fleet of Starlink laser Starlink satellites to provide wider Internet service coverage
800 billion! Musk is taking Starlink to an IPO
Hot news this week
During the quarter, we signed a multi-year intellectual property patent licensing agreement with a major licensee. This positive result enables us to obtain more 5G patent licensin...
Win10 digital version will be discontinued: free whitewash is still available Microsoft has not been under the dead hand for 7 years
Microsoft posted $17.4 billion in non-GAAP net income on revenue of $52.7 billion in the second quarter of fiscal 2023
YouTube complained about: using offline return-to-work policy to illegally block contract workers from unionizing
India receives Radio Signals from Galaxies 9 billion light-years Away Astronomers: Aliens not involved
Beautiful country semiconductor ushered in the winter, US high enterprises inverted, our country market doesn't buy it!
Cybertruck skipped tickets again! Mass production of Tesla electric pickup truck will not wait until 2024.
Apple will relax measures to deal with COVID-19 's epidemic and encourage employees to go back to work
Huawei P60 Pro latest configuration chart revealed: variable aperture and satellite communications are on the list
Intel: 14 generations of Core in the second half of the year, and build a new architecture from zero next year.
The most popular news this week
The iPhone is No. 1 in China! Why do people prefer Apple to Android?
China develops starch and protein synthesis technology for corn stover: Costs drop dramatically
Technology tree point crooked? Toyota's new patent: hold the door handle can be sterilized
Eight satellites in eight hours! China rushed to Venezuela's relief efforts
Apple bet on mixed reality, but the selling point of the product is not enough.
Baidu is reported to launch an AI chat robot service similar to ChatGPT in March this year.
The most powerful SSD becomes the last song Intel retired Aoteng hard disk: 6 years of performance is still leading
Don't wait for the entry-level Tesla! Extreme Krypton 003 prototype revealed: or 160,000 starting price
Apple's car accident detection function has been misreported constantly, and the rescue department has been tortured.
To accelerate electrification, Honda China's technical research Technology and production technology companies merge