According to the latest news from foreign media, Apple may launch its new product next Tuesday, in the form of a press release (or an online press conference), with the new iPad Pro as the protagonist.

According to the report,Airtags has been delayed and is unlikely to be part of the launch, while the new iPad pro and magic keyboard are likely to appear in a press conference next Tuesday.

There have been rumors that the 2021 iPad Pro may be available in mid April. Next Tuesday will be April 13. This rumor should be true.

Unfortunately, the news didn't say whether Apple would launch the 12.9-inch and 11 inch iPad pro at the same time, or just stick to a single model. All sorts of rumors point out that only the large iPad Pro will use the mini LED screen, while the small version will only get a specification upgrade.

It is reported that Apple will first launch 2021 iPad Pro Wi Fi, while 5g compatible cellular models will arrive in a few weeks. This is not the first time we have heard of the launch of the iPad pro.

It has been rumored that Apple will launch 2021 iPad Pro along with the IOS 14.5 update. Although it is wise to take a cautious attitude towards the final release date of the news, it is not yet determined. What you can expect is the mini LED display on the iPad. However, there are also rumors that only the larger 12.9-inch iPad Pro will have a mini LED display instead of an 11 inch variant.

According to the previous statement, the main changes of the 2021 iPad pro (12.9 "is the fifth generation, 11" is the third generation) focus on the hardware configuration, including the mini LED display, the faster 5nm a14x processor, and the cellular version supporting 5g network for the first time. 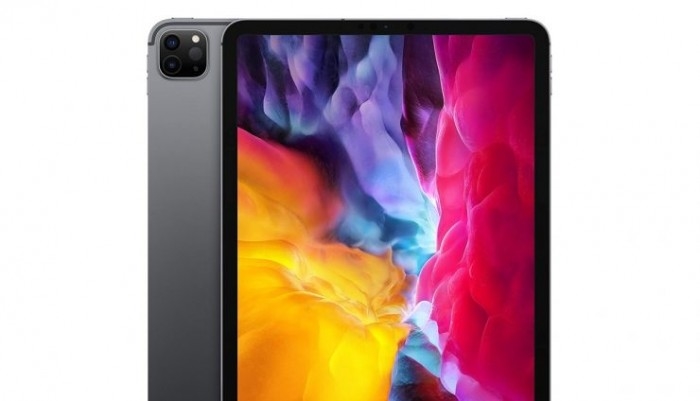 Related news
The iPad and apple watch series 6 launches are scheduled for September 8, according to sources
[Live Video] Apple's fall 2020 launch: two apple watch and two iPads
Don't buy the old model! 2021 iPad Pro ready: Apple releases as soon as next Tuesday
Hot news this week
The price of memory can't stop: supply is tight, DDR3 leads the rise at the end of the year
27 years ago, the security guard of Peking University self taught examination is now the president. Netizens call for perfect interpretation of knowledge and change of destiny
Alibaba: sincerely accept the punishment and resolutely obey. Today is a crucial day in the development of the company
2021 Hurun self made list of the richest people under 40: 38 year old Zhang Yiming ranks first in China
Tencent Teana laboratory holds a cross boundary Seminar on artificial hearing technology: cochlear implant technology is undergoing cross boundary development
Jilin University of business and technology notifies students of norovirus infection: the source of the virus is under urgent investigation
Ali Zhang Yong releases an internal letter: face the original intention of returning to China frankly
Dada's latest equity exposure: Jingdong is the major shareholder, and Kuai Jiaqi holds 7.8% of the shares
Shell equity exposure: Zuohui has 81% of the voting rights, and Tencent holds 5% of the shares of two shareholders, hillhood
Xiaomi donated to Tsinghua University to set up Xiaomi artificial intelligence Innovation Research Fund
The most popular news this week
Huawei Mall: a new version of mobile phone without charger and data line has been launched, with the price reduced by 200 yuan
New coronavirus brings new harm: killing wild animals
Hisense helps Suning 418 Omni channel sales increase by 350%
Jingdong Logistics plans to go public at the end of April, sources said
IPhone 13 series HD CAD design: size unchanged, accessories can be universal
Man recovers woman's wechat record and spreads it by technical means: arrested for 6 days
IPhone 13 screen reconfirmed ltpo: support 120Hz, design exposure body size
Hard disk can actually mine! The tragedy of graphics card price rise will be staged again soon
108 megapixel Xiaomi 11 DxOMark scored 120: zoom drag, not in the top 20
Two yuan each! China's first self driving bus put into operation in Chongqing