Hard disk can actually mine! The tragedy of graphics card price rise will be staged again soon

It's 2021, four years since Mr. Cha first introduced the concept of cryptocurrency mining to you. Even if you haven't read any relevant news in the past four years, you should know that bitcoin has soared nearly six times in the last six months.

The bubble of this stuff can no longer be described by common sense.

To put it this way, however, the bubble of encrypted money is not broken.We all know that it will collapse, but we always want to jump in and earn money before it.

During this period, there are still big guys jumping in to stir it up and give it endorsement. Cryptocurrency, which was originally used to ridicule cryptocurrency for being useless, has gone up all the way.

It's about you, musk with dog money 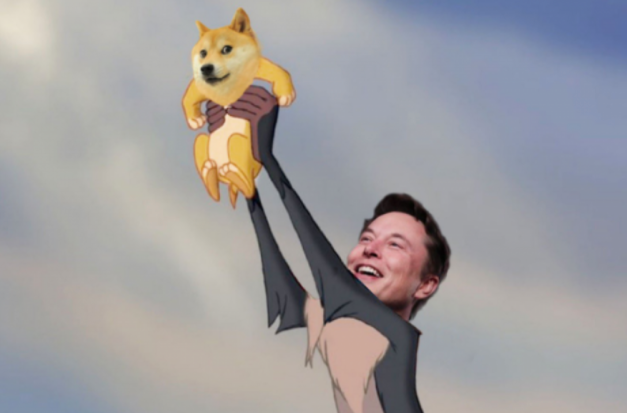 The mining craze is directly reflected in the market, that is, the processors and graphics cards on the market (because they can mine) are out of stock and the prices are rising, and the cost of ordinary people to buy computers is soaring. But I make complaints about it, and I can't vomit anymore. 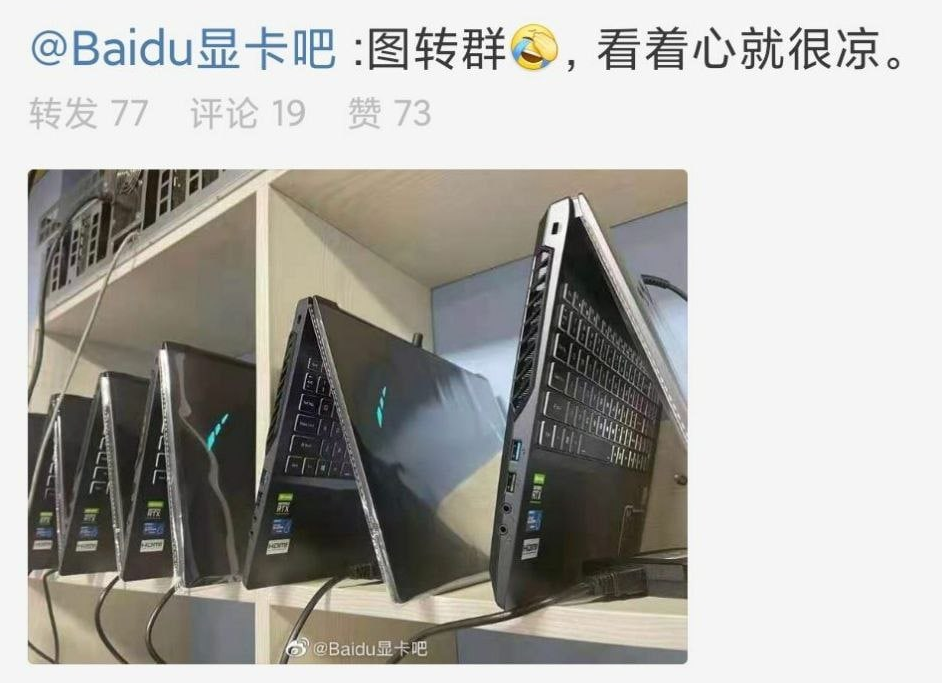 From now on, in addition to the CPU and graphics card, we have to compete with the miners to buy hard disk.

Because in the near future, hard disk can also be used for mining... 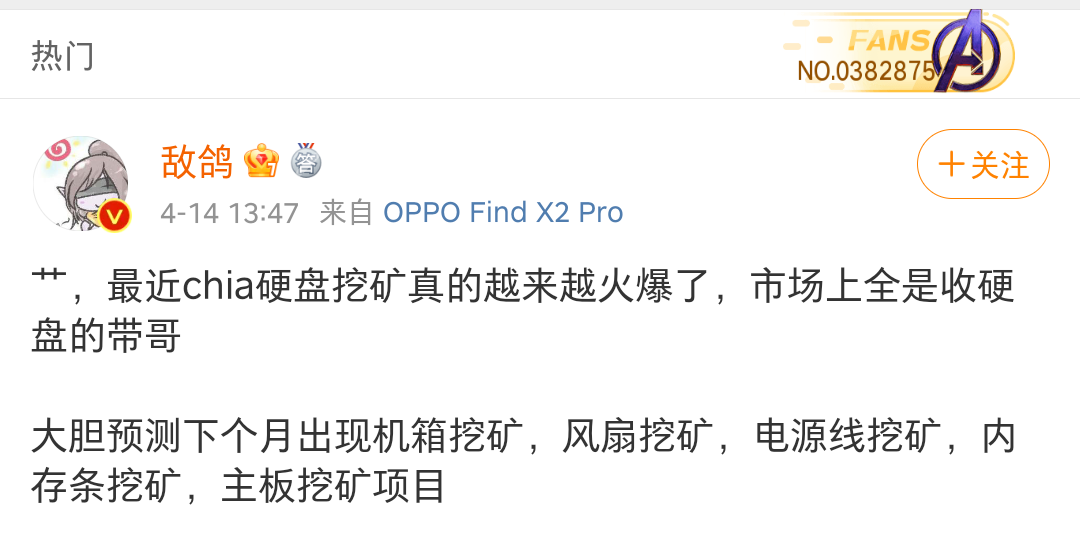 Let me explain the above two proof modes in a few words.

Because the calculation process needs dozens of deduction, and the checking process only needs one time, these miners are rewarded by bitcoin, and at the same time, they also guarantee with the resources consumed by the calculation, maintaining the trust and mutual recognition of the bitcoin community.

This model is the proof of workload. I think you are familiar with it.

So on the side of traditional cryptocurrency, miners are fighting for the speed of operation, so they are going to grab CPU, graphics card and later mining machine.

But on the Kia side,It doesn't need miners to run any difficult operations, it needs miners to store files in the hard disk.

A lot of files. 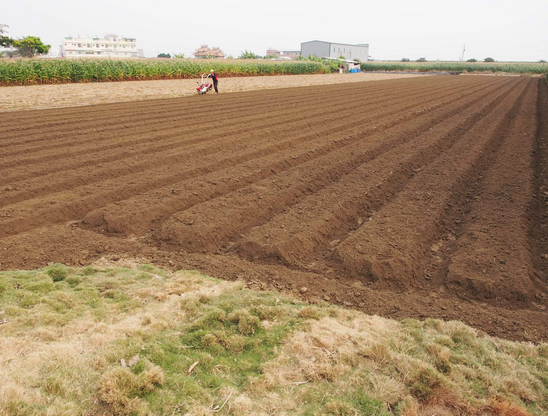 The faster the files are generated and the more files can be stored, the higher the probability of getting the network reward Qiya coin.

At the same time, the continuity and time stamp of these documents also guarantee the Qiya coin community and maintain the trust and mutual recognition of the community.

Compared with bitcoin, it only needs a little computing resources;But eat storage, eat storage very much.

This is the so-called time / space proof. 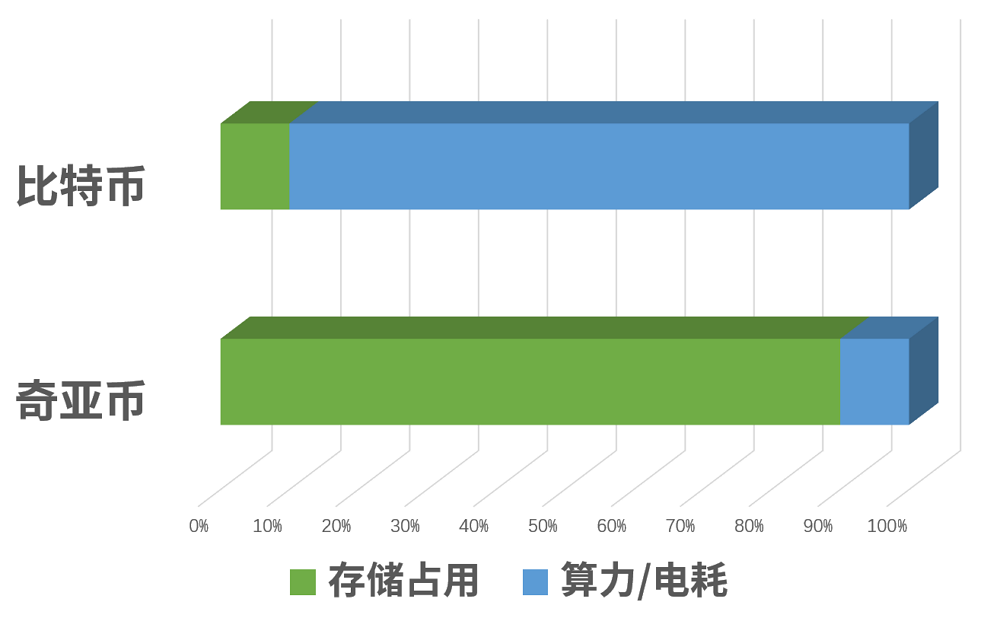 But in fact, it doesn't matter whether it's blockchain or not.

It is to bring a dog. As long as its price can soar, it is the blockchain, and it is the future. 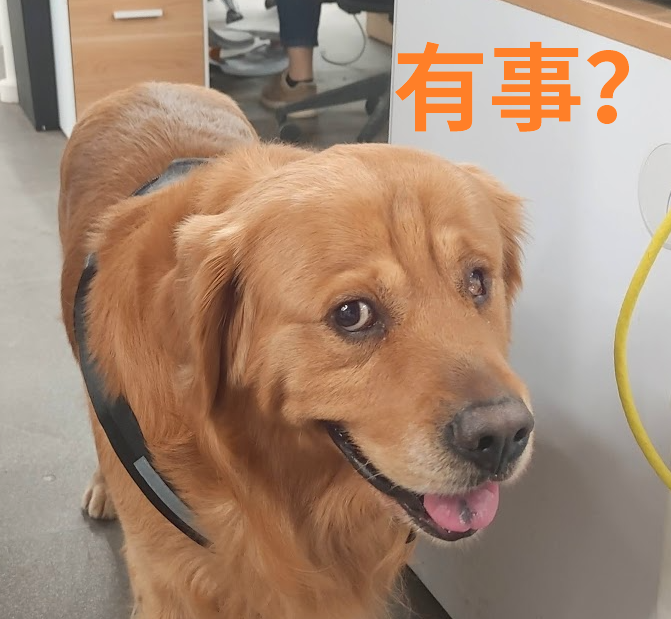 So is it easy to make money? Let me summarize the white paper of Kia coin for you. There is a special paragraph in it: at first, people used computers to dig bitcoin, but later, special mining machines appeared, which calculated much faster than ordinary computers. So ordinary users are kicked out by mine owners.

But our plan won't, you think, no matter how fast the hard disk is, how fast can it be? Ordinary people and mine owners are on the same starting line. We are half weight. This will enable ordinary people to make money happily.

It's like this: a new cryptocurrency, which uses a new proof mode, lowers the threshold of mining, and is ready to release money. Then the hard disk was out of stock... 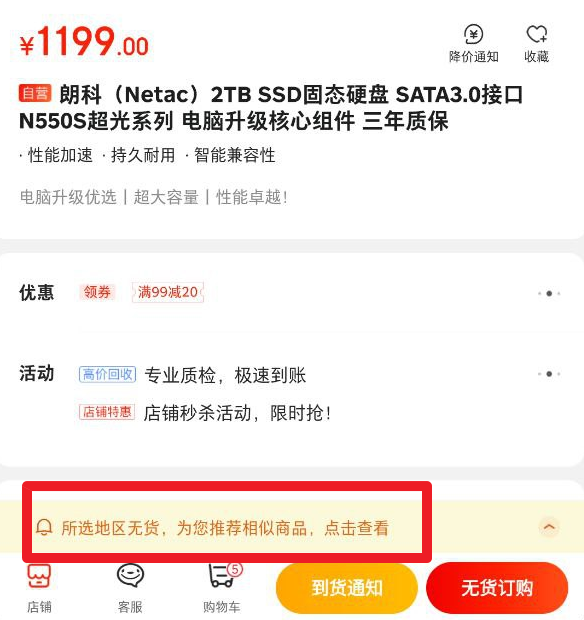 Some small partners may be curious. In the past, there was a virtual currency that earned income by storing files, and it didn't cause too much fluctuation to the price of hard disk. 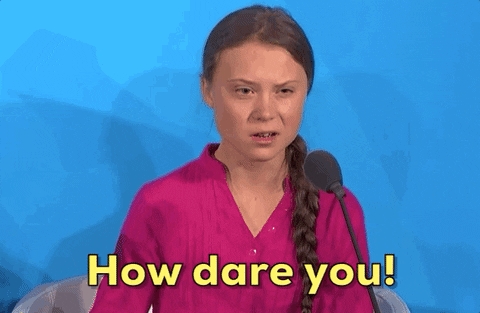 First of all, the entry threshold of Kia currency is lower, which has been mentioned earlier. Moreover, the proof mode of Kia coin is a new concept. Many people think that the proof of time and space is more power-saving and environmentally friendly than the proof of workload (a hard disk consumes 5W, and a graphics card consumes 300W). This is the way out for the future of virtual currency.

Secondly, Bram Cohen, the founder of Kia coin, is also legendary. The BT protocol and BitTorrent download tool we use now were created by this guy.

Wang Xing, the American fast broadcaster, should you have a clear idea of what kind of status this is? 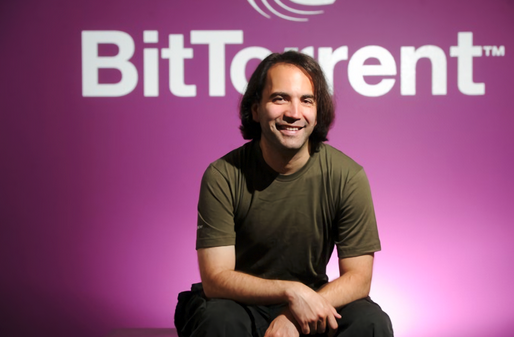 Oh, yes, it's interesting to say that Bram Cohen sold his BitTorrent company before he started making Kia coins. The buyer is our familiar Coin Ring leek harvester, Mr. Sun Yuchen, who has been banned by microblog. 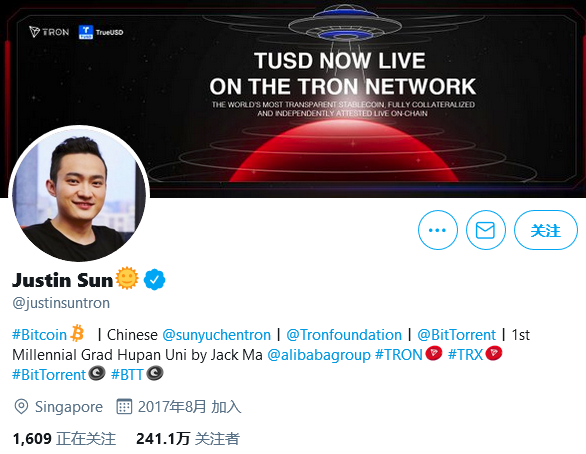 However, I checked and found out that Mr. Sun is still busy promoting his own Tron wave currency. It is estimated that it has nothing to do with Kia currency. New concept, big man endorsement and low threshold are all three magic weapons for the survival of the coin circle.

As a result, although the mining and farming network of Qiya coin is still in the internal testing stage, there are already 309 Pb storage devices and 4498 people online in the mining network... It's equivalent to 300000 1 TB hard disks, and 5000 new hard disks are added every day. 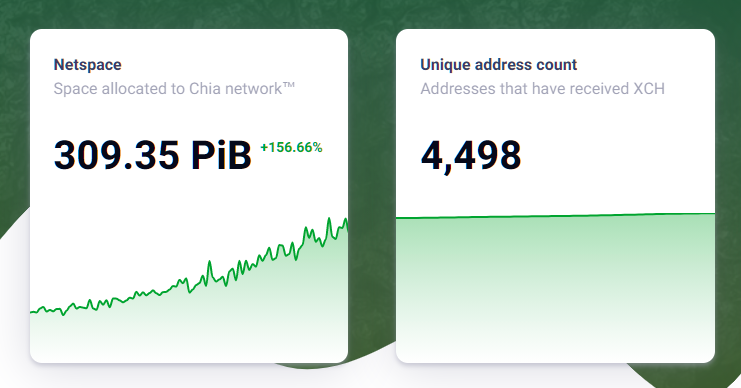 Jiawei and Jinwei are their parent companies. 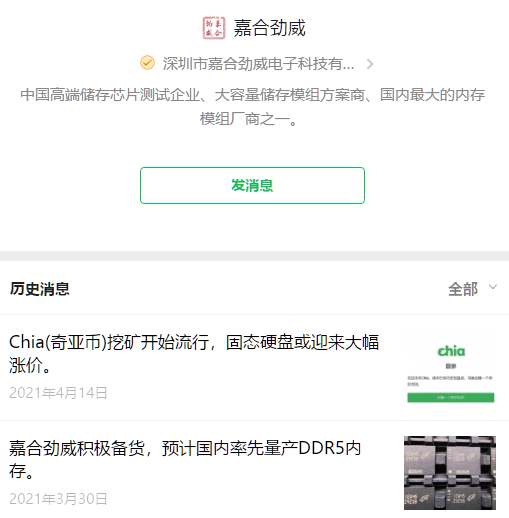 At this point, bad comments Jun suggested that we stop, quickly open their own computer to see if the capacity is enough.

If the capacity is in a hurry, I suggest you place an order in case of emergency... Of course, please do not engage in profiteering such as hoarding. This is not an investment proposal. I hope you will be responsible for your own profits and losses. 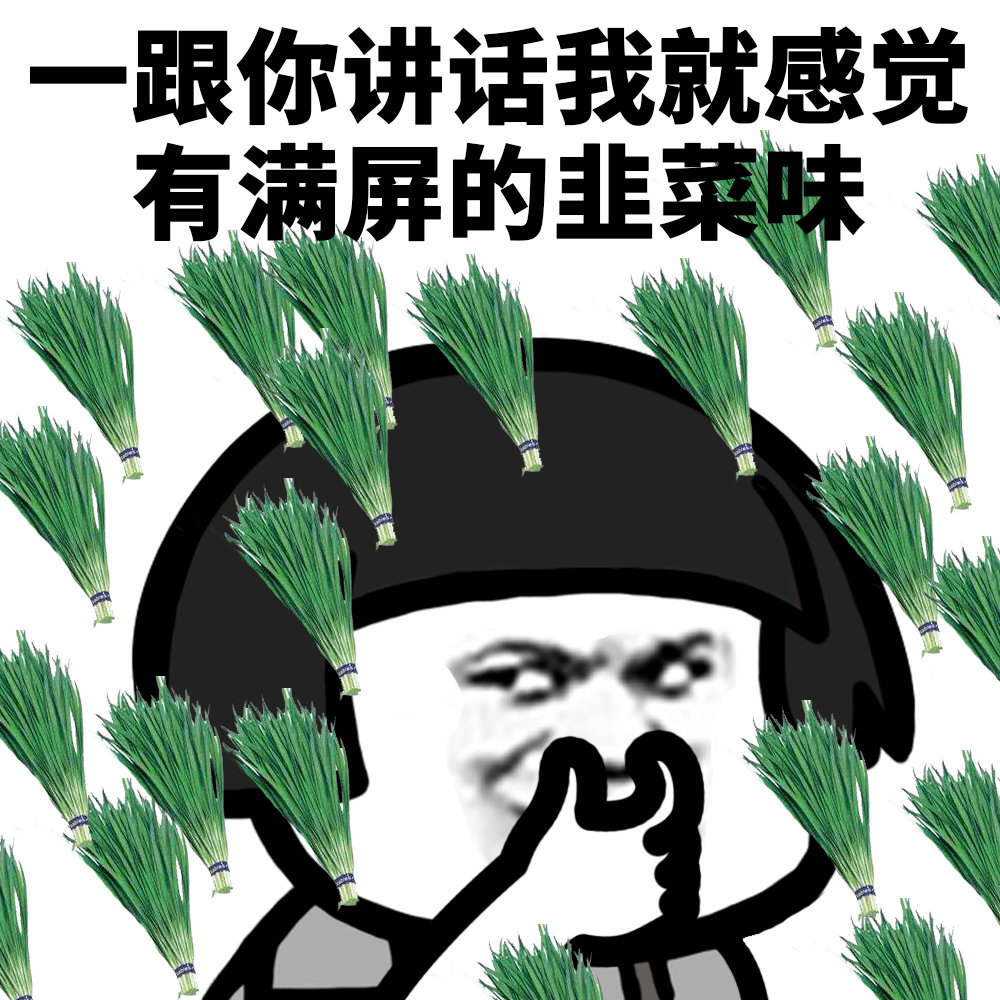 Finally, I'd like to talk to you about the two effects of Kia coin on our ordinary people.

In the short term, the price of hard disk is bound to fluctuate, as mentioned earlier, but it's hard to say how long it will fluctuate.

This also depends on the output of hard disk manufacturers, as well as the price trend of Qiya coin after the subsequent open trading. Another point is that the second-hand hard disk thunderstorm probability will increase. 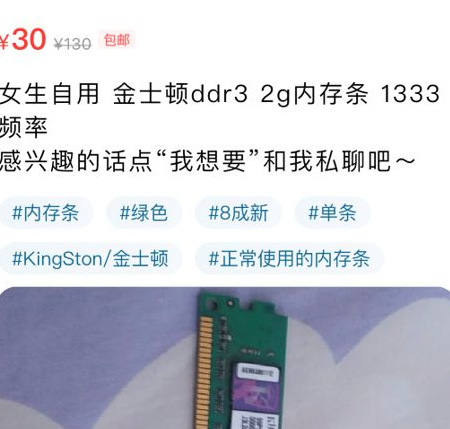 Just like mining graphics card will experience high load, the hard disk of mining Kia coin will also experience a lot of damage. Every 1 GB of data that can be accepted by Kia coin network will generate a 20 GB cache file locally. A large number of erasures and writes will have a fatal impact on the life of the hard disk. The mine card that I bought is broken. After a few days' work, I can buy a new graphics card, which has no impact on data security.

But if the mine plate is broken, all the personal data on it will be gone. 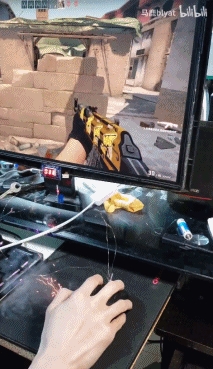 However, in the second-hand market, it's hard to tell whether a plate is for girls' own use or the legacy of miners before you buy it... Installation is more difficult, and the second-hand market is more like treading on thin ice. Perhaps the only consolation for us is that the power consumption required for mining of Qiya coin is much lower than that of bitcoin. 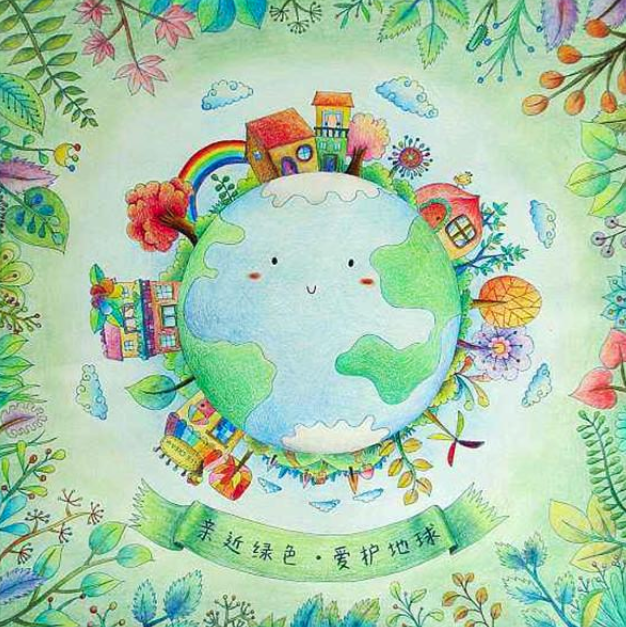 If all these miners switch to Qiya, our climate warming will be delayed for several years... Virgin face. JPG......

Finally, I would like to make a statement: I strongly do not recommend you to participate in virtual currency transactions.

Otherwise, don't say that I didn't persuade you when waiting for the rooftop... When we make money, we all say that when the bubble collapses, how many people will pay for it?

Related news
Brushing and shaking hands on the 43-inch vertical TV experience? Samsung launches The Sero TV (picture)
The linely group's best mobile processor of the year: God u Kirin 810 wins the title
"Generation God U" Kirin 810 gets The Linely Group's annual "Best Cell Phone Processor Chip"
Hot news this week
Meet the opportunity of the times: the omni channel era of mobile communication in the eyes of practitioners
Three major operators will delist from the United States: the United States seriously undermines normal market rules and order
Can new crown vaccination affect sperm? The scientists concluded that there was no substantial effect
It is said that India has not approved the import of WiFi modules from China, and many companies have delayed the launch of new products
Qualcomm Mengpu: Qualcomm has always been the role of technology empowerer, enabling various industries with 5g and AI
It's an "irreversible" three pole battle of automatic driving, with Dajiang's entry, Huawei's attack and Baidu's insistence
The brand strategy of Jingdong life service of consumer Expo has been continuously completed, and the three kilometer life service circle category has been further expanded
Do you have to pay taxes for the high popularity rate? Chinese electric vehicle companies vie to enter Norwegian Market
"Milk pouring video" arouses public anger, iqiyi apologizes publicly: close all power channels of "youth has you 3"
2021 survey report on employment of rural women in China: more and more rural women are employed at home, and 60% of the respondents say they will wear light make-up when they go out
The most popular news this week
Jingdong Logistics has 260000 employees, with an average monthly expenditure of nearly 9000 yuan
Refuse to light up card: AMD Navi 24 small core also has 1024 stream processors
The host of the game peed in the hot water bottle of the hotel and threatened to give the next guest a drink
Indian doctors warn that cow dung treatment is ineffective: it could also complicate the epidemic
New release of hardware dog: graphics card runs more accurately
Small and medium sized businesses accelerate digital upgrading, Ali's annual Gmv growth exceeds trillion
Qiya coin hard disk mining hot: Weigang SSD sales soared 5 times
IPhone users change Xiaomi 11 ultra in five years
Why is the number of fan blades odd? How good are the leaves or how few are the leaves?
April new energy vehicle sales announced! Tesla's self performance is bright