The charger can provide the charging power of original charger for Xiaomi 11, and the charge can reach 100% in 45 minutes. 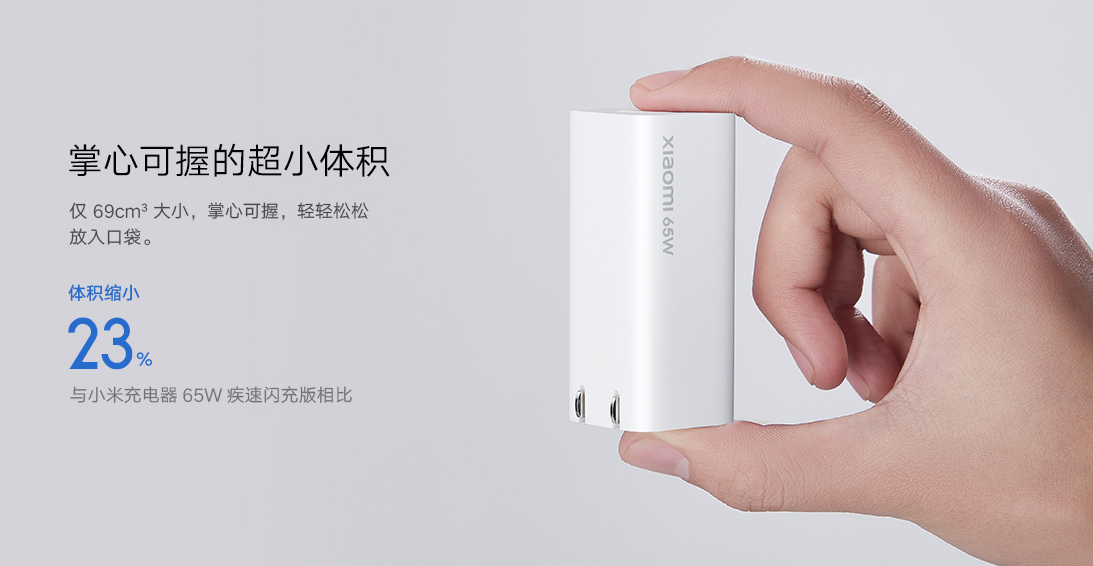 It is worth mentioning that the 65W C port can charge high-power devices such as Xiaomi notebook and MacBook Pro.

of course,The charger can also intelligently recognize the output current. In addition to Apple devices such as iPhone and iPad, it can charge Android phones and game machines.

In addition,The package contains a Xiaomi type-C to type-C data line, built-in e-marker chip, supports the maximum 5A current, 1.5m line length, and meets the needs of multiple scenarios such as playing and charging.

It is understood that Gan is a new type of semiconductor material, which has super thermal conductivity, high temperature resistance, acid and alkali resistance and other characteristics. Ultimately, the charger can not only achieve small volume and light weight, but also has more advantages than the same power charger (non GaN) in charging power conversion.