"Malicious version" Tetris game fire, always give you do not want to block the world record to eliminate 31 lines

Have you ever played Tetris? Always afraid of what comes, want what never wait. 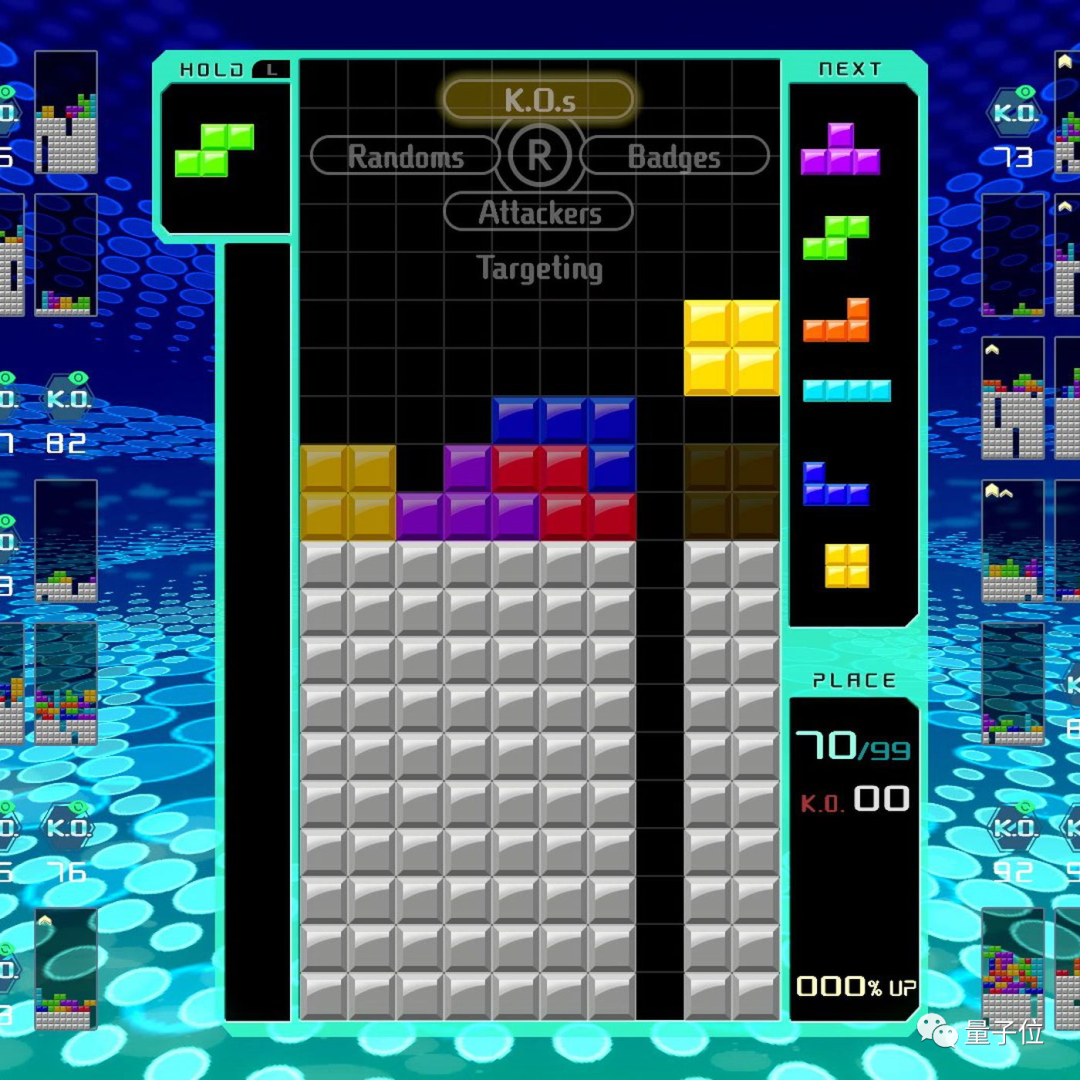 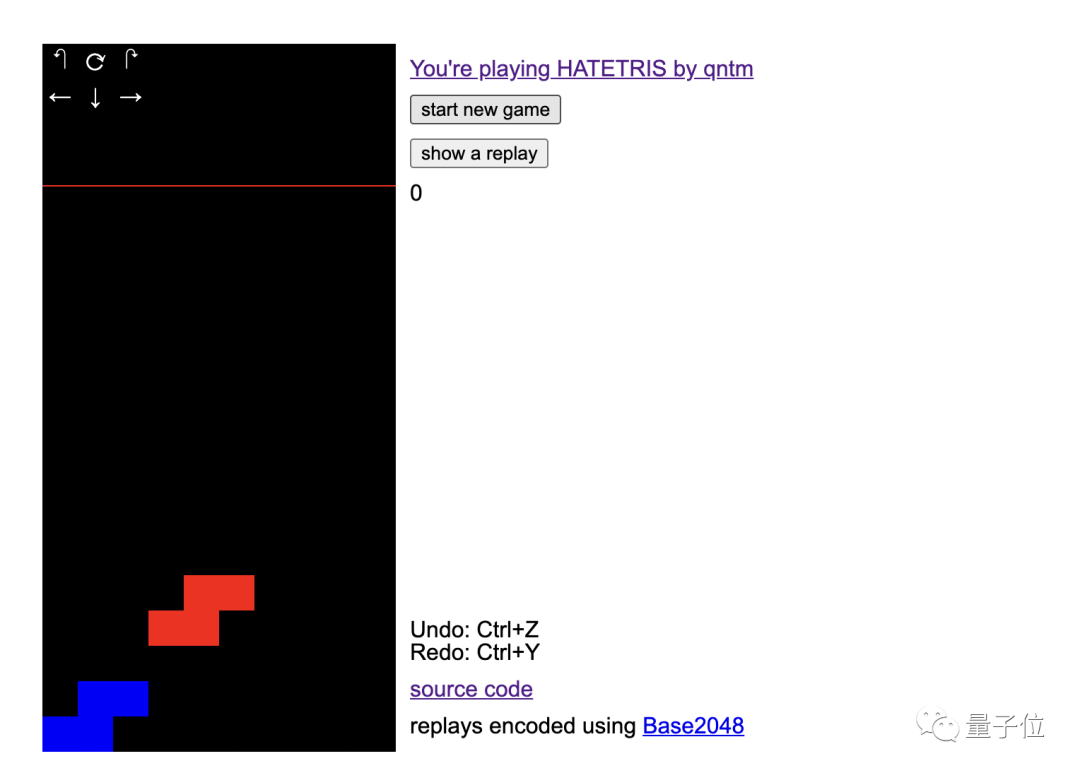 Although this game has been developed for 10 years, but the author has been updating the source code, recently it suddenly became popular again, causing a wave of hot discussion in foreign forums.

So how abnormal is this game? Open the demo link and you'll see.

The strongest player can only eliminate 31 lines

If you want to judge the most disgusting shape in Tetris, it must be S-shaped and Z-shaped.

So, as expected, hatetris's opening strategy is to lose s and Z so that you can't cover the whole plane. It's just obsessive-compulsive.

Although this game seems very easy, so many s are enough to drive people crazy, and the world record can only be eliminated by 31 lines. 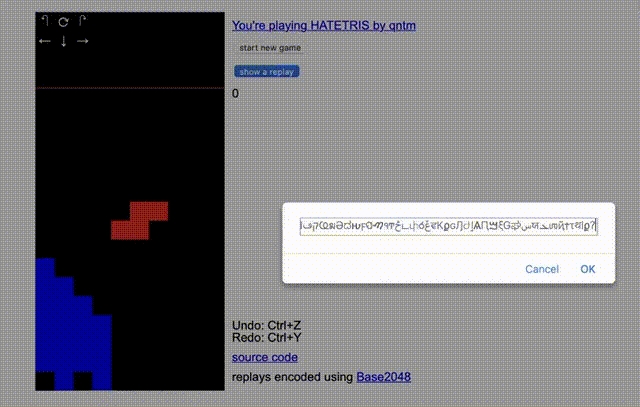 It's a big mistake to think that it can only drop s, because although only dropping s can't cover the plane, it can eliminate rows of squares according to the rule.

There's no speed limit, but you still die fast

And there is no gravity in the game hatetris, that is to say, all the blocks will not automatically fall down, only you press?? Key, the box will drop one space, you can play as slow as you want.

As for why automatic falling is not set, the author thinks that this is not the most difficult part of the game. You see, there is no speed limit. The world record only loses 31, OK?

Hatetris is written in JavaScript language and is open source on GitHub.

AI's principle of selecting the worst squares is not complicated. It is to test all possible positions of all possible shapes, see which shape causes the worst situation, and then generate the most disgusting squares.

If there is not much difference between all shapes, AI will give you priority to s.

The record of 31 lines was set in 2017 and has been kept for four years. Hatetris is so difficult that some netizens said that maybe only with the help of AI can it be broken. The game AI developed in the past 10 years is obviously not strong enough. Maybe we can create a more abnormal hatetris.

Finally, hatetris supports base2048 coding, and anyone can share their own game records in this way. The coding of world records is as follows:

If you are also a Tetris enthusiast, you might as well try to see how many lines you can eliminate, the game author himself can eliminate 5 lines oh.

Link to the original text:qubit

Related news
The Tetris game is back out: on the Android and iOS platforms
DO U ALWAYS GET MONEY BUT WONDER HOW IT VANISHES CALL ON +27
"Malicious version" Tetris game fire, always give you do not want to block the world record to eliminate 31 lines
Hot news this week
Microsoft dev version win11 will not be updated next week or prepare for the new version of android app
Ticket skipping 14 years of space rescue 8 days Russia's "science" successfully docked with the International Space Station
Hiair low delay image transmission technology developed by Huawei Hisilicon: low memory consumption and industry benchmark in the next three years
The founder of Ethereum made $1 billion in counterfeit money for charity: it has shrunk to $400 million before it has arrived
Baidu announces energy conservation and emission reduction report card: help the transportation industry reduce carbon emissions by 10 million tons per year
Jingdong healthy skin repair center went online to help promote the diagnosis and treatment standards of burns and wounds nationwide
All the people are chasing the same champion! Sales of "lucky hair accessories" of Yang Qian on JD platform increased fourfold
Figure 1 understand realme magdart magnetic flash charging: leading the Android camp, far faster than the iPhone
Amd radeon RX 6600 XT new graphics card debut set off a small climax on the first day of ChinaJoy 2021
The first person in China! Su Bingtian broke the Asian record in 9.83 seconds, 0.02 seconds slower than bolt Rio
The most popular news this week
First full screen! Xiaomi mix 4 screen panel confirmation: quasi drill row Huaxing screen
160000 model 2? It is said that Tesla plans to build compact cars
Perfect combination of two-dimensional cute sister and memory: XPG Longyao D50 snow blowing evaluation
Open the infinite space of mobile games, and Xiaolong elite gaming hard core output is in charge
Old drivers should note that win10 will block some software by default this month: BT client should be limited
Game companies encounter another impact Securities Times: taxes should be appropriately aligned with traditional industries
Amd said it did not pay attention to Intel, and Apple's M1 processor is more awesome: a single core is comparable to zen3
Wang Gaofei, CEO of microblog, suggested to the glory of the king: it's not necessary to limit the game time and authority higher than parents
Science fiction writers respond to God's prediction that Su Bingtian's final is a coincidence: netizens call it God
Google fired more than 80 employees: peeking at user data and secretly monitoring colleagues