Xiaomi has two under screen flagship products to launch this year: Xiaomi mix 4

It is worth mentioning that, according to @ digital chat station, a well-known news blogger,In addition to this Xiaomi mix 4, Xiaomi also has a folding screen flagship with a front view under the screen in its layout in the second half of the year.

Based on the current information,Xiaomi mix 4 is expected to be officially released in August. This machine will not only launch Xiaomi mass production under screen camera technology, but also hope to adopt the design of four frame full width. The overall visual effect of the screen will be extremely shocking. 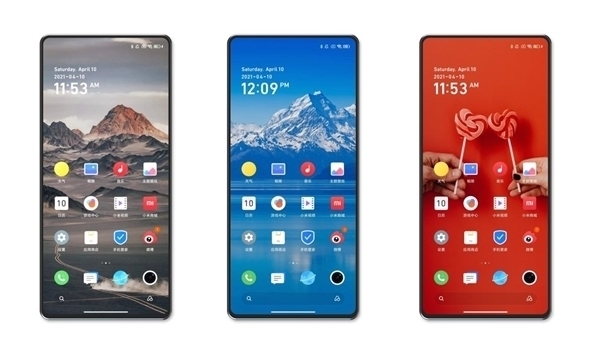 Xiaomi mix 4 will be released in August

In addition to exploring the ultimate full screen, it will also have top performance,Not only the core is equipped with the snapdragon 888 processor, but also the 4500mAh battery, which supports 120W wired fast charging,It can provide sufficient endurance guarantee for the aircraft, which is also the highest level mass production technology of Xiaomi at present.

At the same time,It has also been revealed that Xiaomi mix 4 will launch the latest big version of the updated MIUI 13 system,The system will completely repair the existing problems of MIUI 12.5, and bring more functional upgrades. 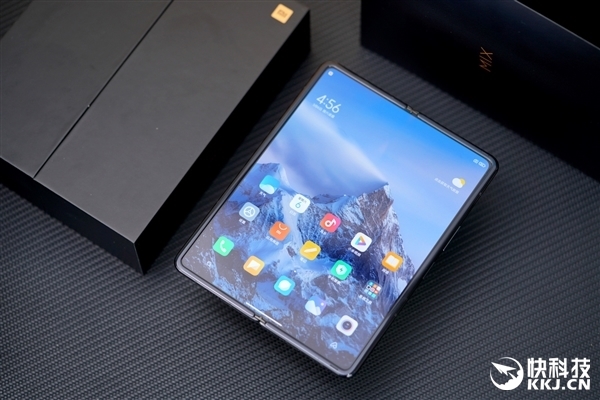 As for the information of the foldable screen model, it is still unclear. However, some sources say that the machine will be improved on the basis of mix fold. On the whole, it still inherits the previous generation's design scheme. However, the introduction of the foldable screen model will help to improve the utilization rate of the internal large screen, such as the large screen video call and so on.

Related news
Millet MIX 4 or the first 100 million pixels: expected to be in the next moon phase
LeiJun sent two micro-blog show millet MIX 2 ceramic version of the collective call MIX 4 netizens
What's the big deal? Xiaomi mix 4, Xiaomi note 11 surprise show: or pre installed MIUI 13
A large number of folding screen mobile phones in China will come out soon: led by Xiaomi! Mix 4 may be the first one
Apart from Xiaomi mix 4, what did Lei Jun say at the dinner?
The first batch of snapdragon 888 plus! Xiaomi mix 4 launch ahead of schedule: around August 11
Lei Jun himself《 Xiaomi face-to-face meeting will be launched tomorrow night: it is expected to officially announce Xiaomi mix 4
Xiaomi: Yang Qian became the spokesperson of Xiaomi Civi
Xiaomi will hold a special general meeting of shareholders to approve theXiaomi EV Talent Incentive Program
Hot news this week
Apple is recruiting neurorendering research scientists to create immersive experiences for AR/VR products
Tesla China will take the initiative to significantly reduce production if it still fails to sell by 40,000 yuan
The Internet reported that the Shanghai factory would voluntarily cut production by 20%, Tesla responded
Hangzhou Internet Court: NFT digital collection belongs to the network virtual property, protected by law
Amazon has withdrawn a new offer from its retail division, cutting off new employees who were due to start early next year
You know what? Looking at your phone while driving is the equivalent of driving blind for about 50 meters, which is extremely dangerous
The United States has approved the first fecal transplant to treat disease by transplanting someone else's feces
Dalitsu, a lens supplier for Apple's iPhone 14, reported revenue of NT $5.231 billion in November, up 20 percent from a year earlier
Transsion Holdings: Established a global strategic partnership with Google to carry out in-depth cooperation in areas such as Android system
Do the most lightweight and smooth system! - MIUI 14 will come soon: The flagship will also be upgraded two years ago
The most popular news this week
Activision Blizzard CEO says Microsoft acquisition will go ahead, FTC allegations are factually incorrect
Experts: do not take ibuprofen if you eat Lianhua Qingdian, separate Chinese and Western medicines
Up to 56 cores! The new generation of Intel processors is coming.
Upgrade second regret! Serious problems after AirPods Pro 2 update
Apple got Sony's flagship sensor! iP15 is now more expected
Ibuprofen does not have to compete for the world's largest production capacity in China: one company is enough for 3.3 billion people.
QQ level first in the world! I responded to make netizens envious: the family opened the Internet cafe
Cook's "no" to Musk: cost Apple 4.4 trillion
AI paintings fetch a record price of 1.1 million! Baidu's AI painting was tested and the result was amazing
Burst! Tesla China discontinues Model Y production