Brandgrowth report on the growth potential of China's new brands: keep selected into the top 50

Recently, the second minute Marketing Academy officially released the "BrandGrow China's new brand growth potential report (2021)". The report is a summary of the more than 200 new brands that have been appearing in the Chinese mainland market in 10 years or less, and the revenue growth is much higher than the industry average level. According to the report, the total potential assets of the top 50 emerging brands exceeded 3 trillion yuan, accounting for about 3% of China's GDP in 2020. It is worth noting that among the selected brands, keep has become the only sports technology company selected into the top 50. 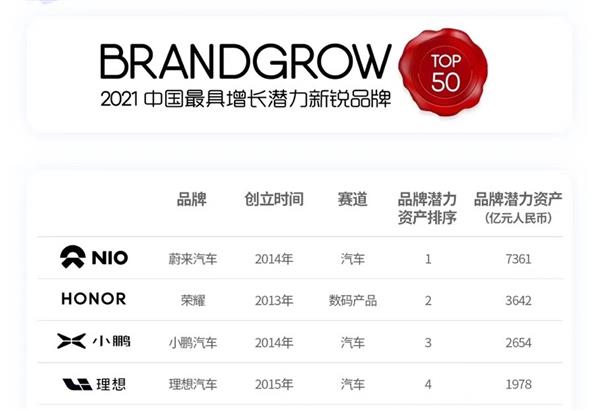 It can be seen from the list that the selected new brands come from different racetracks. Among them, the number of new brands with the most potential in education racetrack is the largest, with 8; The home appliance circuit followed closely, occupying 7 seats; Car, beverage and beauty are equally important, with 6 brands selected; In the competitive sports track, only keep stands out.

At present, there is still fierce competition in the track of sports technology platform, which has been experienced since the establishment of keep in 2015. In October 2017, keep surpassed many competitors in the industry and became the platform with the largest number of users in fitness apps, and its reputation became very popular. Today, relying on the understanding of users and the quality of fully meeting the needs of users, it is also a matter of course to be selected into the top 50 of the list. 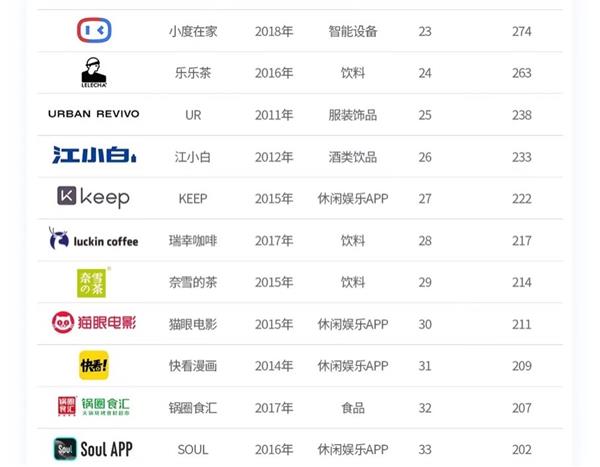 It is worth noting that among the top 50 emerging brands in the report, except for the listed companies, other emerging brands have completed hundreds of rounds of financing, and the total amount of financing has reached 100 billion. Take keep as an example. In December 2020, we just completed the f round of financing of US $360 million led by Softbank vision fund. After the completion of this round of investment, the valuation of keep has reached US $2 billion. This round of financing is only half a year away from the last round of e-financing of 80 million US dollars.

Related news
Semicon China: Huawei and Exxon bring semiconductor intelligent quality inspection and measurement solutions
Brandgrowth report on the growth potential of China's new brands: keep selected into the top 50
Glory high-tech products help team China's national team set out to show China's business card to the world
China Vows Full Carbon Neutralization for Beijing Winter Olympics
China Cracks Down on Cosmetic Medicine Advertising
Popular Hot Pot Restaurant Brand Haidilao to Shut Down 300 Restaurants in China
China, U.S. Issue Joint Declaration on Climate Action at GOP26
China's New Energy Vehicle Sales in June Expected to Set New High over Fiscal Stimulus
Telecom Operators Essential for the Metaverse:China Mobile Chairman
Hot news this week
Apple is recruiting neurorendering research scientists to create immersive experiences for AR/VR products
Tesla China will take the initiative to significantly reduce production if it still fails to sell by 40,000 yuan
The Internet reported that the Shanghai factory would voluntarily cut production by 20%, Tesla responded
Hangzhou Internet Court: NFT digital collection belongs to the network virtual property, protected by law
Amazon has withdrawn a new offer from its retail division, cutting off new employees who were due to start early next year
You know what? Looking at your phone while driving is the equivalent of driving blind for about 50 meters, which is extremely dangerous
The United States has approved the first fecal transplant to treat disease by transplanting someone else's feces
Dalitsu, a lens supplier for Apple's iPhone 14, reported revenue of NT $5.231 billion in November, up 20 percent from a year earlier
Transsion Holdings: Established a global strategic partnership with Google to carry out in-depth cooperation in areas such as Android system
Do the most lightweight and smooth system! - MIUI 14 will come soon: The flagship will also be upgraded two years ago
The most popular news this week
Activision Blizzard CEO says Microsoft acquisition will go ahead, FTC allegations are factually incorrect
Experts: do not take ibuprofen if you eat Lianhua Qingdian, separate Chinese and Western medicines
Up to 56 cores! The new generation of Intel processors is coming.
Upgrade second regret! Serious problems after AirPods Pro 2 update
Apple got Sony's flagship sensor! iP15 is now more expected
Ibuprofen does not have to compete for the world's largest production capacity in China: one company is enough for 3.3 billion people.
QQ level first in the world! I responded to make netizens envious: the family opened the Internet cafe
Cook's "no" to Musk: cost Apple 4.4 trillion
AI paintings fetch a record price of 1.1 million! Baidu's AI painting was tested and the result was amazing
Burst! Tesla China discontinues Model Y production