Tokyo Olympic Games do not rule out the final moment to cancel, experts said the number of confirmed better than expected

2020 the Tokyo Olympic Games may be the most recent Summer Olympics in recent decades. It will be postponed a year later. But the chaos caused by COVID-19's ineffective control is just beginning. 58 Olympic related personnel were diagnosed this month. This is the reason why the Olympic Games in are just beginning.

Now there is still one day left. Can the Olympic Games still be held?The possibility of cancelling the Tokyo Olympic Games at the last minute due to the epidemic will not be ruled out, and the number of infected people will be closely monitored and discussed with event organizers when necessary, Toshiba taketo, chief executive of the Tokyo Olympic Organizing Committee, said at a news conference recently.

According to the Tokyo Olympic Organizing Committee, a total of 58 Olympic related personnel were infected with the new crown from July 1 to 19.

At present, many athletes have arrived in Japan to prepare for the competition. However, at least 2 athletes on the two days had to retire because of the new crown. The first one was a taekwondo athlete in Chile. Her COVID-19 test was positive and he would withdraw from the Tokyo Olympic Games. This is the first case that the first athlete ever returned to Japan after the arrival of a new crown.

It is expected that other athletes will withdraw from the competition due to the diagnosis, but McCloskey, chief expert of epidemic prevention consultant, said,It is expected that the number of positive cases in the entry personnel of Tokyo Olympic Games is very low, which is better than expected,These infected people were quickly transferred and isolated after diagnosis, so the Olympic village is still safe.

The expert's statement immediately caused controversy in Japan and abroad. Many people directly criticized the International Olympic Organizing Committee for its unfavorable effect on the prevention and control of the epidemic situation. This remark is even more irresponsible. 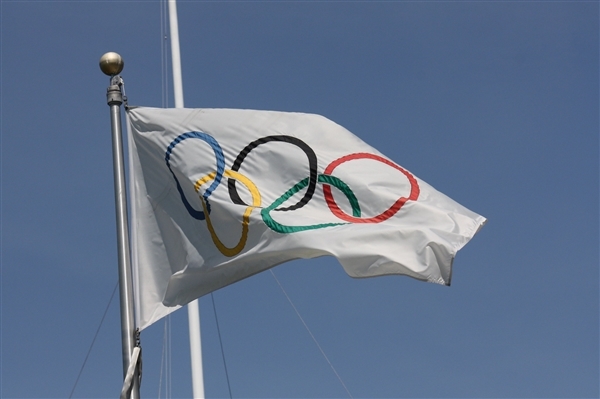 Related news
Facebook acquires sanzaru games, a VR game production company
After Sony and Microsoft, Epic Games also announced its exit from GDC 2020
Apple's "Fortress night": Tencent shares Epic Games very dissatisfied
Epic Games accused Google of monopolizing the latter, which may have a better chance than apple
Tokyo Olympic Games do not rule out the final moment to cancel, experts said the number of confirmed better than expected
Hot news this week
Rush to rescue the flood in Europe! Xiaomi public welfare foundation announced a donation of 1 million euros
For the first time in history, Intel will OEM chips for Qualcomm: going straight to 2 revolutionary processes
Toyota Volkswagen collective look! Tesla lobbied India to lower tariffs and build factories if they sell well
The 21-year-old archery girl burst into a red and sweet smile, which is called "Cupid": netizens say they love
Microsoft dev version win11 will not be updated next week or prepare for the new version of android app
Crush Apple iPhone 12! Exposure of realme magnetic suction Wireless Flash charging model: the first version of Android
The founder of Ethereum made $1 billion in counterfeit money for charity: it has shrunk to $400 million before it has arrived
In 2021, four of the top ten films at the global box office came from China: "Hello Li Huanying" became the first domestic film at the box office
Nanjing epidemic spread to Beijing ChinaJoy game exhibition emergency announcement: all members can enter
Kwai tau: magnetic Taurus creates a one-stop marketing solution for electric business. Taurus service providers offer four incremental values.
The most popular news this week
Scientists say the new variant COVID-19 is bound to appear: it will invalidation of the existing vaccine.
Foreign netizens photographed unidentified objects exploding in the air: green light lit up the whole sky
Why not reduce Intel's price? Steam survey report in July: AMD processor share rebounded rapidly
Hiair low delay image transmission technology developed by Huawei Hisilicon: low memory consumption and industry benchmark in the next three years
Xiaomi mix4 and Xiaomi tablet 5 were released in August. Lei Jun confirmed that preheating will start tomorrow
The State Post Office released the latest express satisfaction: SF / JD / EMS top 300 / Jitu bottom
Rub Wu Yifan's popularity and illegal marketing! Microblog shot: severe treatment of "black number"
Weilai low-end car "Gemini" is revealed to be ES7, which will be mass produced and listed in June next year
Wu Yifan's account is banned on the whole platform! Netizen: Cha Wu is also owned by Wu
Pay tribute to Su Bingtian, the pioneer of the times, and create a new history of Chinese track and field!