On the brand list,BYD broke the record again in July, beating Tesla in the monthly sales competition for the first time in six months. 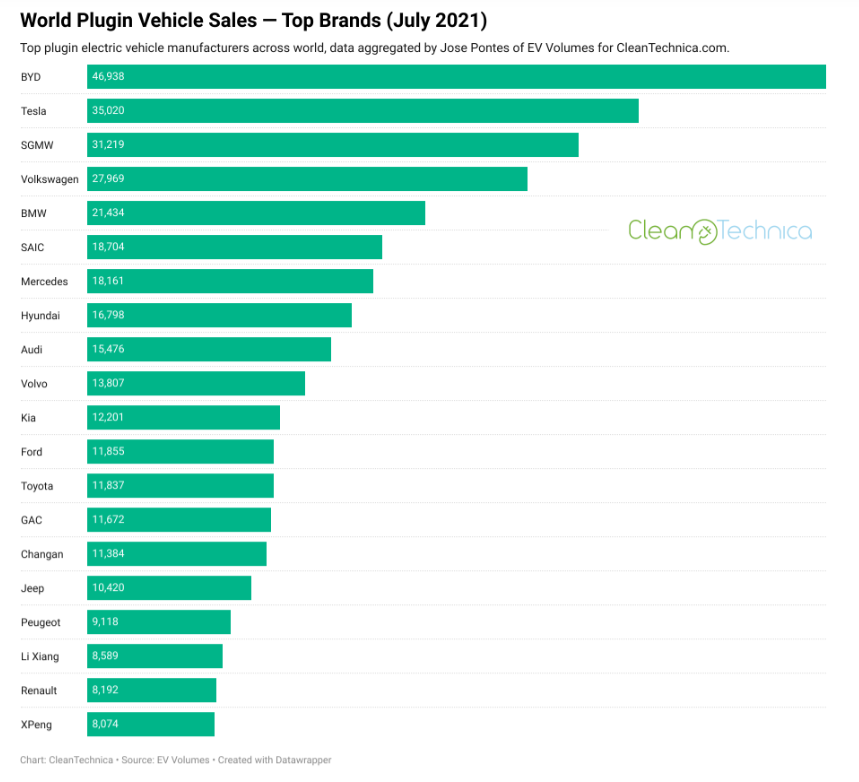 With the successive delivery and capacity recovery of BYD DMI models, although BYD can not be guaranteed to win the global electric vehicle sales crown in August, it puts great pressure on Tesla to a certain extent.

In addition,Ideal and Xiaopeng among Chinese brands have entered the top 20 list with record delivery in July, ranking 18th and 20th respectively. Weilai is currently ranked 21st, with a gap of only 100 vehicles between Xiaopeng and Weilai.

In terms of cumulative sales in the first seven months, BYD went further and successfully beat Volkswagen in the third place. BYD is expected to surpass SAIC GM Wuling and take the silver medal by October.

In addition, in terms of best-selling models,The top three electric vehicle sales in the world have not changed. Wuling Hongguang Mini EV continues to be the sales champion with the sales of more than 30000 vehicles. The second and third are Tesla mode 3 and model y, respectively. 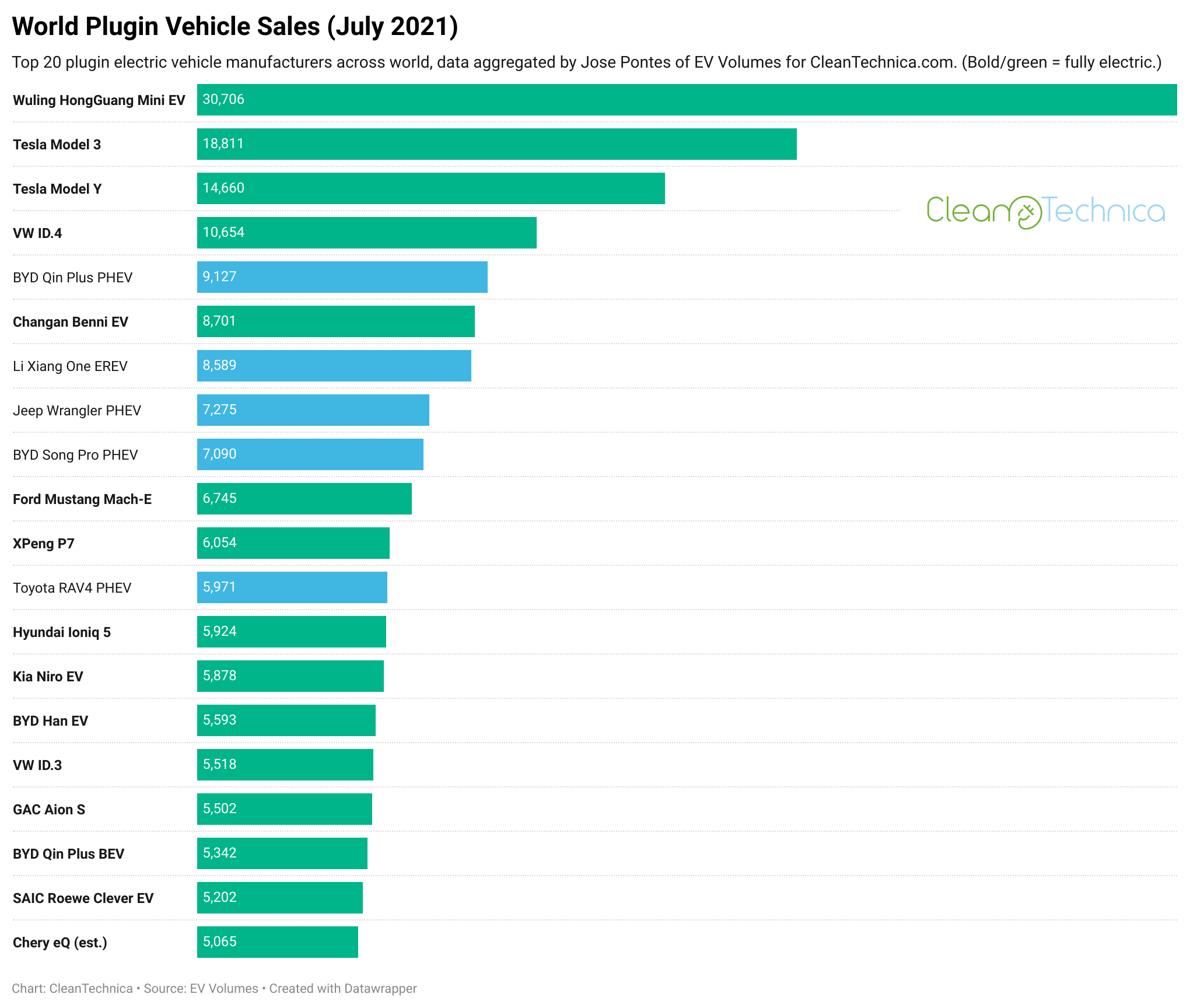 Related news
HMD global announces extended warranty policy for Nokia mobile users
13 years of history NVIDIA gave up Tesla brand in a low-key way: name collision with electric vehicles
NVIDIA classic computing card series Tesla to be renamed: too confusing with Tesla
Global electric vehicle sales in July: BYD beats Tesla
China's New Energy Vehicle Sales in June Expected to Set New High over Fiscal Stimulus
Tesla's Chinese Rivals See Record Monthly Delivery on Further Recovery from Covid
Tesla China First Shatters Delivery Record in Six Months amid Covid's Fading
Tesla's net profit was nearly seven times BYD's 9.3 billion yuan in the first three quarters of this year
Hot news this week
A small plane in the US has crashed into a 30-metre high voltage power line and got stuck: 80,000 people affected
Can recording others' wechat chat records be used as evidence? The Beijing Internet Court has an answer
Alibaba launched a new cross-border e-commerce platform in Spain, aiming to operate independently in the middle and high-end market
It's not just Huawei! Beidou has penetrated more than 20 industries and applied more than 15.5 million products
When pure water is used in China team to solve the problem of seawater hydrogen production: it is expected to become an original industry
A Tesla crashed into two cars in Taizhou, Zhejiang province, killing two and injuring one, police said
Breaking the spell of "Android 3 year must card", the new Breguet mobile phone will be sold for the first time tomorrow: from RMB3499
The appearance of Xiaomi's mini console is revealed for the first time: an all-metal body with a strong apple smell
Be careful with your phone for a long time! The aunt played with her mobile phone so much that her fingers got stuck
Google's Project Zero team accuses vendors of slacking after ARM GPU bug exposes Android upgrade woes
The most popular news this week
Why is the Apple Pencil 2 not supported? iFixit takes apart the iPad 10 to find out
Zte's experience proves that there is no way out of appeasement and peace can only be fought out
China's growing presence in the global high-tech sector is unacceptable to the US
Us to investigate Lapsus$hack, Microsoft, Nvidia and others were breached
From January to October this year, the number of global travel app downloads approached 2 billion, with China's Amap, Baidu Map and Railway 12306 taking the top three places
With the acquisition of Pulse, Mozilla will develop a new approach to machine learning
Did the United States achieve its goal? More than 40 suppliers went to the United States with TSMC
Microsoft may not be able to offer its Microsoft 365 service in German schools after two years of efforts failed
A record $50 million in compensation! In the final judgment of the dispute over the infringement of Minecraft by Mini-World, NetEase won the lawsuit
Manufacturers like Samsung and Xiaomi have been affected. Google has revealed a dangerous flaw that threatens millions of Android devices