LG U+ has announced that it will be the exclusive partner of Disney+, Disney's video service in Korea 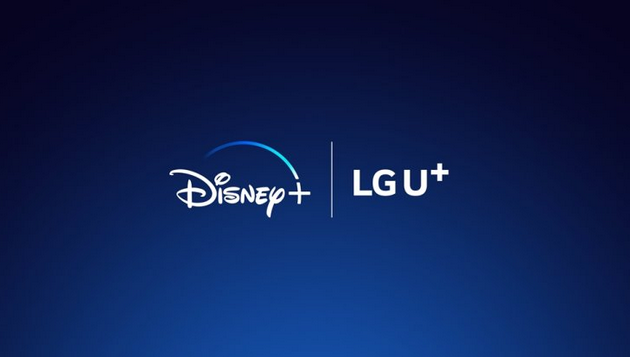 Sina Science and Technology news Beijing time on September 27 morning news, South Korean operator LG U+ announced Sunday that it has signed an exclusive cooperation agreement with Disney to become the network operator of Disney+, Disney's streaming media video service in South Korea. Disney+ is scheduled to launch in South Korea on November 12, and the partnership will further strengthen LG U+ 's library of paid content on TV and mobile.

LG U+ and rival KT had previously said they were in talks with Disney about a Disney+ partnership. Therefore, the final outcome of the negotiations is of interest.

Under the partnership, Disney+ content will be delivered through LG U+ 's IPTV and mobile communications services, as well as LG Hello Vision's cable TV service. LG U+ said it plans to offer mobile plans that include paid content from Disney+.

LG U+ is looking to boost its share of the Paid content market in South Korea through new partnerships. Disney's streaming video service, which covers content from subsidiaries such as Pixar, National Geographic and Marvel Entertainment, will help LG U+ further diversify its content.

The partnership will also see Disney+ offer more original content, including shows produced in South Korea. In April, Disney struck a deal with Local content producer Studio & AMP; New signed a partnership to produce content over the next five years.

The launch of Disney+ in South Korea will also shake up the local streaming video market, which is dominated by Netflix with a 40 per cent market share. As of July, Netflix had more than 9 million monthly active users in South Korea, nearly three times as many as Wavve, the number two.

Disney+ is likely to be a strong competitor to Netflix, given that the company owns a number of well-known IPS. Disney+ will offer more than 7,500 TV shows and more than 500 movies from the past, as well as the latest content.

Worldwide, Disney+ is growing fast. It has more than 60.5 million paying users since its launch in November 2019.

On the tie-up, Chung Sue-hyun, head of LG U+ 's consumer business, said: "We expect synergy between LG U+' s media service capabilities and Disney's content." In Korea, Disney+ costs 9,900 won per month and 99,000 won per year.

Related news
Apple digs away Disney senior executives to grow Apple TV+ team
And more than half of U.S. families under ten subscribe to Disney Plus services
​ about 50% of American families with children under 10 have already subscribed to Disney.
Affected by the epidemic, Disneyland and Disney World in the United States will be closed indefinitely
LG U+ has announced that it will be the exclusive partner of Disney+, Disney's video service in Korea
Netflix slashed prices in India by as much as 60 percent as it battles Amazon and Disney for market share
YouTube TV loses Rights to Disney shows
Disney plans to launch a low-cost streaming membership in the US: it will feature commercials
Hot news this week
China has found 35 known cases of the new zoonotic virus Langya
Losses in a single quarter of $ 23.4 billion a record, SoftBank did not carry the plunge of technology stocks and the devaluation of the yen
The prevention and control of the American Monkey epidemic has failed. What should I pay attention to?
Is the micro -business headache? WeChat friends are suspected to have a big move: 7 can only be posted a week
Kuaishou launched a self-developed cloud intelligent video processing chip: The chip has been streamed successfully
The new product of Xiaomi MIX is coming: both internal and external dual -screen has been upgraded to make up for the previous generation.
A new zoonotic virus, Langya, found in China has not yet been confirmed to be transmitted from person to person
Ministry of Public Security: Single telecommunications network fraud continues to cause 40 % of all electrical fraud cases
Special price "kill ripe"? Bike-sharing platforms have different prices for the same package for different users
A tech company in Shanghai has been fined 220,000 yuan for swiping orders to improve its ranking on Yelp
The most popular news this week
After the U.S. chip bill takes effect, the manufacturer's snatching subsidy war is even more intense
Thousands of flights in the United States are delayed or canceled: User collapse extreme weather is frequent
Off the shelves one after another! The Sogou search App followed in the footsteps of Sogou Map
Xiaomi MIX flagship top with price reduction: consistent with the price of 12S Ultra
Semiconductor industry burst! Us Orders' Mother of All Chips' banned
Tesla suddenly accelerated out of control into a wall tragic: the owner of the right pedal and drive assistance
Lei Jun was splashed with cold water
Bubble Mart and shells increased by more than 5%.
Bridgewater closes out Alibaba in Q2? People familiar with the matter: sell Hong Kong holdings
Huawei Mate 50 series is ready to start: at least three flagships all standard in Qualcomm U