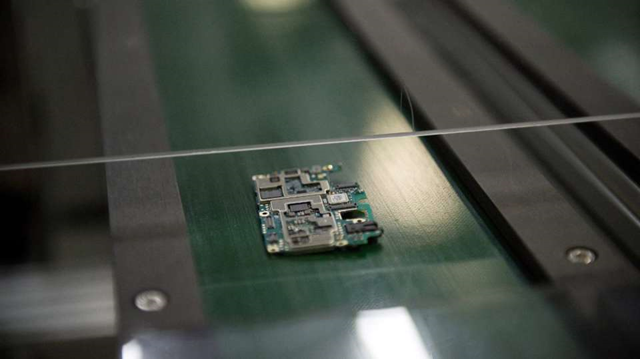 Several IC design companies in Taiwan are preparing to raise chip prices from the fourth quarter of 2021 to reflect rising manufacturing costs, according to industry sources.

MediaTable plans to raise the price of some chip solutions, particularly Wi-Fi solutions including the MT7668 and MT7663 series, by up to 30 per cent from November 1.

In addition, it plans to raise the price of driven chips by 5-10% despite recent weakness in LCD panel demand and prices, with the new price effective from November and a 10-20% increase in the price of its SoC chips in October.

Raytheon has informed its customers that the price of all its products will be increased by about 15%, with the new price coming into effect on October 1. In September, Raytheon raised the price of some of its Wi-Fi chip solutions by 10-15%.

Broadcom, which works with Raytheon, also plans to raise chip prices by up to 20% from October. Meanwhile, Intel has reportedly notified its customers of the rise in the price of its Wi-Fi and Ethernet network chips.

Xiangshuo plans to raise chip prices by more than 20% from January 2022, and order visibility will continue until the end of 2022. Xiangshuo is best known as amD's partner and has a chip manufacturing contract with TSMC.

Motherboard management controller maker Cinda is also looking to raise chip prices in the fourth quarter, driven by strong demand for data center applications. In May, the company raised its offer by 10 per cent.

Related news
Tesla 2019q4 financial report: not enough money to go to Mars
Xunlei Q4 financial report: sharing computing into the main power blockchain to open up the future market
Q4 mobile phone market of zhuanzhuanzhuan group: iPhone 11 won the second-hand market, 5g mobile phone trading volume soared
Memory prices fell rapidly in August, and experts said the contract price would fall in Q4
Design plant Q4 price increase plan exposed: MediaTed increase as high as 30%
Exposure of Apple's new MacBook Pro this year Q4 debut: the starting self -developed chip
Hot news this week
Female graduate students leave school to give birth to the hot debate is hype? The husband has set up a webcast company
How much is 4G than 5G! Huawei Mate50 network speed detailed measurement 6799 yuan to buy explosion money?
It's hard to find a machine! Huawei Mate50's first sales: oxen can not buy the price of 10,000 yuan to grab the price
Huawei City's proportion is the first! Survey: Northerners love to use folding screens more than southerners
Our global car he is a special car for China! Saic Volkswagen and FAW-Volkswagen are fighting each other
Chongqing Xiaomi Consumer Finance Co LTD has been fined 500,000 yuan for misappropriating consumer loan funds
Are they really aliens? The US Navy confirms there are multiple UFO videos: but they cannot be made public
The second phase of the main structure of Xiaomi intelligent factory is completed to see the delivery at the end of next year
In order to change the iPhone 14: Women's net red sells old phones and comes with a large number of private photos
"Sheep a sheep" fire, is expected to attract hundreds of millions of financing? But it doesn't have a license...
The most popular news this week
Is Boeing envy? China Holy Purchase 332 Air Passenger Aircraft and China assembly 600th delivery
115 Web disk V30 version released: LOGO big change one -click backup WeChat content
Foxconn dismantles production line! The worst iPhone 14 sales ever: Apple failed
China's first pure electric convertible! Wuling Hongguang MINI EV Convertible Edition Listing: 99,900 yuan
Samsung applying for a dual -screen camera patent to support face recognition
There's a tidal wave of lying down, and ceos of big American companies are worried, saying, "Never seen anything like this."
Tesla sales response "disguised price reduction of 8000 yuan" : for the end of the quarter impulse, temporary activities
Apple iPhone 14 standard version is not good for sales, Lixun precision may face the risk of ordering orders
Billions of euros in investment, Intel Italy chip factory will be located in the Veneto region, sources said
China Mobile to develop 5G Tidal Smart Antenna: Where the crowd