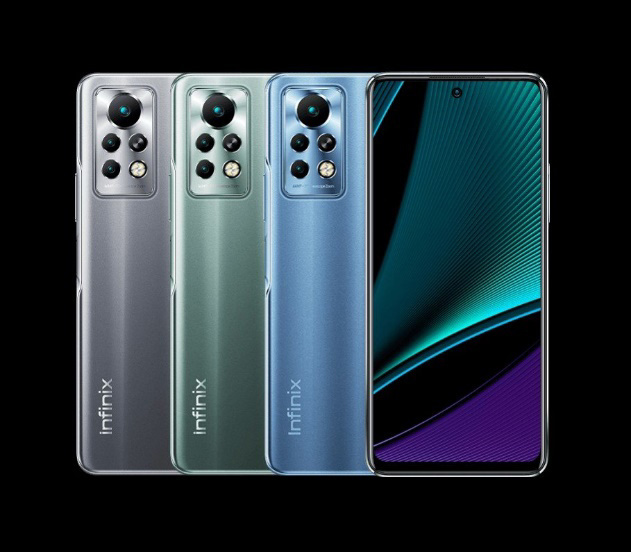 In terms of image systems, the Infinix Note 11 Pro has a 1600W front lens and a 64M + 13m + 2m rear camera with four flashes. The 13 megapixel lens is a telephoto lens, which can achieve 30 times zoom. The standard Infinix Note 11 has a 50-megapixel main rear camera and a 2-megapixel telephoto lens. Infinix promises the imaging system will take the best photos in all lighting conditions, offering "users a versatile, powerful and creative one-stop shop."

The Note 11 Pro comes with 128GB of UFS 2.2 storage, 8GB of ram, and claims to be scalable to 11GB. Because the Note 11 Pro runs XOS 10 based on Android 11, it comes with an extra 3GB of virtual memory. Virtual memory (or "memory expansion," as some vendors call it) is a feature that converts some storage space into memory to bring a better experience to phones with less memory. Both phones come with a 5000mAh battery and support 33W of charging power. For security, the Note 11 has a fingerprint sensor on the side and supports face unlocking. 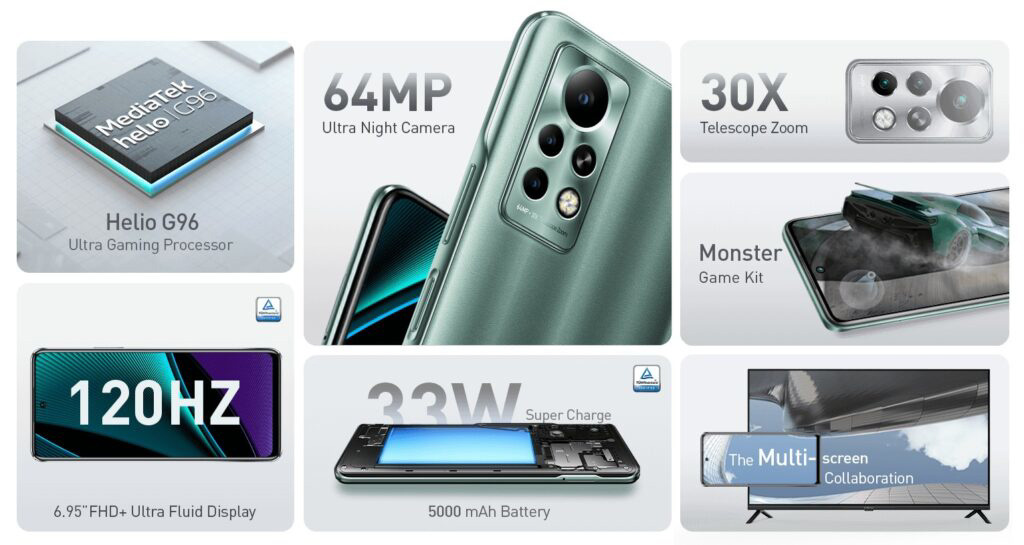 Pictured is the specs poster for Infinix Note 11 Pro

Infinix has also focused on optimizing the performance of the series of phones for gaming, including the new Dar-Link 2.0 software, which uses artificial intelligence to improve game performance and graphics stability. It also allows users to keep track of current phone usage to manage battery temperature and memory consumption more effectively.

Infinix Note 11 Pro comes in mithril, Fog green and aqua blue. The standard Infinix Note 11 comes in graphite black, sky Blank and glacier green. IT Home has also learned that Infinix has yet to confirm where their new product will be sold or how much IT will cost, saying IT will vary by region.