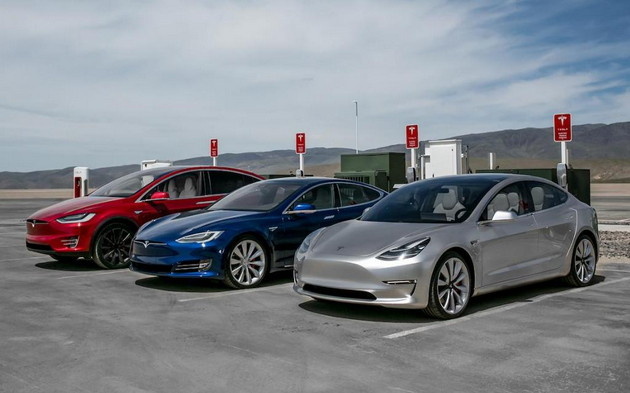 In the early hours of October 21, Tesla reported third-quarter results for the fiscal year ended Sept. 30.

Tesla Motors reported record third-quarter revenue of $13.757 billion, up from a year earlier, and net profit attributable to common shareholders was $1.618 billion, up 389 percent from $1.142 billion in the previous quarter. 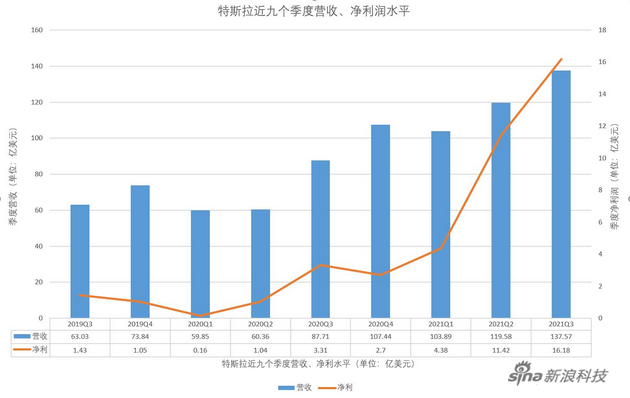 The pioneer of new energy vehicles has once again validated benign financial models for "Tesla disciples", which is a good thing for China's new car makers, nor is it a good thing.

The third quarter of fiscal 2019 was Tesla's first profit, closely tied to model.com.3. From the first Model-nbsp;3 in October 2017 to the first Delivery of Model-nbsp in China in February 2019, and the first Chinese-made Model-nbsp;3 in January 2020, the car has become Tesla's main selling model.

Today, the car is the best-selling model in the history of electric vehicles. Tesla can sell about 24.5 Model 3s per hour, according to LeaseLoco. About 215,000 Model 3s can be sold each year. That number is expected to continue to grow in 2021, as Tesla is expected to sell nearly 900,000 vehicles by 2021, about half of which are Model 3.

At both ends of the production and sales spectrum, the combination of Tesla Model-nbsp;3 and Model-nbsp;Y maintained a full lead.

The Model-nbsp;Y is Tesla's second best-selling model after Model-nbsp;3, which has only been on sale for 18 months, but has overtaken Model-nbsp/3 as Tesla's most popular vehicle, with an average annual sales of 100,000 units, equivalent to 11.4 vehicles sold per hour.

Tesla's main revenue stream, auto sales, crossed the $10 billion mark for the first time, reaching $11.672 billion, up from $7,346 million a year earlier and $9.874 billion in the previous quarter, spurred by two of the best-selling models, Model 3 and Model nbsp; Y.

Tesla has decided to continue expanding production of its best-selling models. Tesla said it expects vehicle deliveries to grow by an average of 50 per cent a year over the next few years. To this end, it is continuing to expand the capacity of the Shanghai superfactory and build new capacity at the super plants in Texas and Berlin, Germany. The Shanghai plant, which produces Model 3 and Model snbsp;Y, will produce the first Model Y models at its plants in Austin, Texas, and Berlin, Germany, by the end of this year.

It also means that Tesla will continue to focus its growth hopes on the Model 3 and Model-nbsp;Y models in the future.

According to auto industry analysts, Tesla's example has shown that a new car manufacturer must have a best-selling model as a support to ensure positive operation, both in the brand and financial model, can have a positive impact. Tesla's experience is also a good inspiration for China's new car makers.

What Can China Learn from New Cars?

It also started out by making cars, but Tesla's business outside of car sales is already large.

Revenue from three segments outside the automotive sales business accounted for 15.16 percent of quarterly revenue. At present, China's new cars rely on car sales revenue, such as Weilai in the second quarter of the car sales revenue of 93.65 percent, Xiaopeng car 95.3 percent, the ideal car as high as 97.2 percent.

Insufficient diversification of income is one of the problems of new cars in China, and the second is the old-fashioned loss, at present, China's new cars still do not see the possibility of profitability.

Tesla's GAAP operating profit was $2 billion in the third quarter of 2021, resulting in an operating margin of 14.6 percent, according to the results. Non-GAAP net profit (excluding share payments) was $2.1 billion, a record high.

For New Cars in China, this shows that profitability is not impossible. But China's new car makers, which are still losing money, are losing ground to continue losing money in the face of nine consecutive quarters of profits at Tesla.

Since the launch of the Chinese-made Model-nbsp;3, prices have fallen by about 100,000 yuan, with the latest price of 235,900 yuan, and Tesla has launched a 270,000 yuan version in less than a year since it was delivered domestically this year.

At annualized sales, Tesla is expected to sell more than 1 million vehicles this year, about twice as many as in 2020, meaning it has crossed another threshold and distanced itself from many of its followers.

Related news
Cook should thank China for Apple's Q3 harvest
The Q3 financial report is about to be released, and Wall Street expects Tesla to make profits for the fifth consecutive quarter
What about being ridiculed for "cutting leeks", Tesla Q3's performance has set a record again
The English name of Chinese liquor has been changed: Chinese Baijiu has been officially launched
Tesla Q3 earnings reading: Record net profit on revenue Pressure on new Chinese cars is coming
Tesla's Chinese Rivals See Record Monthly Delivery on Further Recovery from Covid
Hot news this week
China has found 35 known cases of the new zoonotic virus Langya
Losses in a single quarter of $ 23.4 billion a record, SoftBank did not carry the plunge of technology stocks and the devaluation of the yen
The prevention and control of the American Monkey epidemic has failed. What should I pay attention to?
Is the micro -business headache? WeChat friends are suspected to have a big move: 7 can only be posted a week
Kuaishou launched a self-developed cloud intelligent video processing chip: The chip has been streamed successfully
The new product of Xiaomi MIX is coming: both internal and external dual -screen has been upgraded to make up for the previous generation.
A new zoonotic virus, Langya, found in China has not yet been confirmed to be transmitted from person to person
Ministry of Public Security: Single telecommunications network fraud continues to cause 40 % of all electrical fraud cases
Special price "kill ripe"? Bike-sharing platforms have different prices for the same package for different users
A tech company in Shanghai has been fined 220,000 yuan for swiping orders to improve its ranking on Yelp
The most popular news this week
Yuyuki Kobayashi joins NetEase game! He worked on Devil May Cry 4 and Resident Evil 4.
Cyber violence governance needs the concerted efforts of all sectors of society
WeChat releases a new specification for the public account avatar setting, and the official news reminder is prohibited
After the U.S. chip bill takes effect, the manufacturer's snatching subsidy war is even more intense
Thousands of flights in the United States are delayed or canceled: User collapse extreme weather is frequent
Off the shelves one after another! The Sogou search App followed in the footsteps of Sogou Map
Xiaomi MIX flagship top with price reduction: consistent with the price of 12S Ultra
Semiconductor industry burst! Us Orders' Mother of All Chips' banned
Tesla suddenly accelerated out of control into a wall tragic: the owner of the right pedal and drive assistance
Lei Jun was splashed with cold water