After the start of November, the iPhone 13 series mobile phone is listed in China. Apple has also increased to the first place in China's smartphone market, but the speed of domestic brands caught up, the previous millet is the first time in the single week. Chasing Apple, I won the country's second, and now Xiaomi has a runner-up, sitting in a row for two consecutive weeks.

According to the authority data, in the 45-week China Smartphone Market Report, Xiaomi is a second and market share of 12.77 million units, 18.6%, chasing apple.

The next 46 weeks, that is, from November 8th to November 14th, Xiaomi single-week shipments remains more than 10 million, reaching 11.37 million, with a share of 16.5%, chasing apple, becoming only The second single week maintains a brand above millions of sales.

This year's double 11, China's smartphone market has changed, and the brand annealed to Apple will bring pressure to the pressure, even the millet, and the high-end brands of this year have been done.

In the past double 11 war, Xiaomi's new retail full channel payment has exceeded 19.3 billion, up 35% year-on-year, and Xiaomi won the winning season in the city of "charging" for new life ".

Prior to the double 11, Lu Wei Bing, a partner of Xiaomi Group, China, and the International Department of China, said Lei Shi proposed that Xiaomi mobile phone sales of 3 years (to 2024) the world's first goal, the Chinese market as a large capital of millet, also It is planned to plan in 3 years. 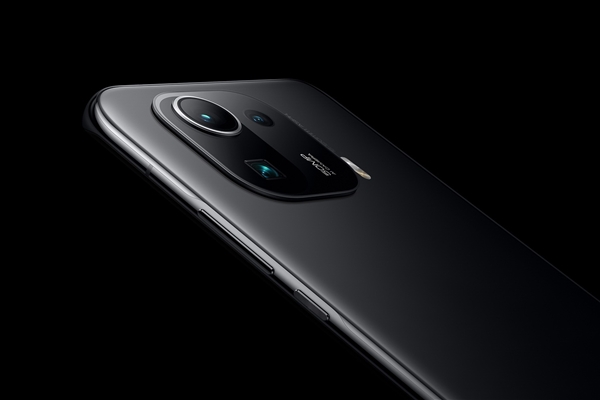 Related news
Semicon China: Huawei and Exxon bring semiconductor intelligent quality inspection and measurement solutions
Def con China restarts Baidu security to hold the world's first all VR geek conference with def con
Glory high-tech products help team China's national team set out to show China's business card to the world
Apple Doubles Clean Energy Suppliers in China
Telecom Operators Essential for the Metaverse:China Mobile Chairman
Tesla China First Shatters Delivery Record in Six Months amid Covid's Fading
Hot news this week
China has found 35 known cases of the new zoonotic virus Langya
Losses in a single quarter of $ 23.4 billion a record, SoftBank did not carry the plunge of technology stocks and the devaluation of the yen
The prevention and control of the American Monkey epidemic has failed. What should I pay attention to?
Is the micro -business headache? WeChat friends are suspected to have a big move: 7 can only be posted a week
Kuaishou launched a self-developed cloud intelligent video processing chip: The chip has been streamed successfully
The new product of Xiaomi MIX is coming: both internal and external dual -screen has been upgraded to make up for the previous generation.
A new zoonotic virus, Langya, found in China has not yet been confirmed to be transmitted from person to person
Ministry of Public Security: Single telecommunications network fraud continues to cause 40 % of all electrical fraud cases
Special price "kill ripe"? Bike-sharing platforms have different prices for the same package for different users
A tech company in Shanghai has been fined 220,000 yuan for swiping orders to improve its ranking on Yelp
The most popular news this week
Yuyuki Kobayashi joins NetEase game! He worked on Devil May Cry 4 and Resident Evil 4.
Cyber violence governance needs the concerted efforts of all sectors of society
WeChat releases a new specification for the public account avatar setting, and the official news reminder is prohibited
After the U.S. chip bill takes effect, the manufacturer's snatching subsidy war is even more intense
Thousands of flights in the United States are delayed or canceled: User collapse extreme weather is frequent
Off the shelves one after another! The Sogou search App followed in the footsteps of Sogou Map
Xiaomi MIX flagship top with price reduction: consistent with the price of 12S Ultra
Semiconductor industry burst! Us Orders' Mother of All Chips' banned
Tesla suddenly accelerated out of control into a wall tragic: the owner of the right pedal and drive assistance
Lei Jun was splashed with cold water