The approval of Sensetime's IPO gives the metasurverse concept another ride

Sensetime has been developing for seven years and is about to enter the secondary market. Maintaining high growth is still the core problem 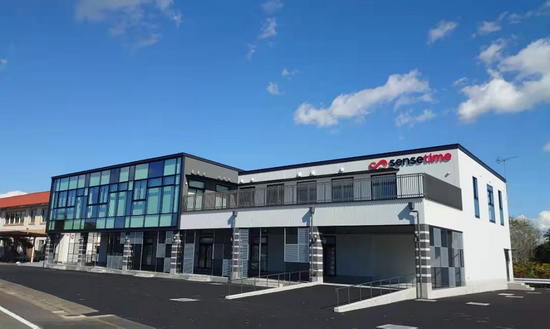 On November 19, Reuters reported that AI company Sensetime received approval for its Hong Kong IPO, which aims to raise us $1 billion. A Sensetime investor and a sensetime official confirmed to Caijing that the IPO had been approved. Sensetime related person in charge of caijing reporter said, this does not comment.

Since its establishment, Sensetime has completed 12 rounds of financing, with a total amount of $5.2 billion, of which more than $2 billion was raised in 2018 alone. Sensetime has been rumoured to list in Hong Kong for the past two years.

Sensetime's last pre-ipo funding round closed in June 2021, valuing the company at $12bn. However, a number of investors interviewed by Caijing said it may be difficult to maintain such a valuation after shang Tang goes public. The core reason is that the early valuation level is too high, but the development momentum of the company now seems difficult to maintain high growth, and there is no stage of profitability.

According to the prospectus, Sensetime currently has sufficient cash flow on its books, with 8.93 billion yuan in cash and cash equivalents and 7.94 billion yuan in fixed deposits as of June 30, 2021.

The cash-rich company remains under pressure to go public. The financing boom in China's AI industry was concentrated from 2015 to 2018. After 2019, both the amount of financing and the number of financing declined significantly. Last year, a number of investors who used to focus on AI told Caijing that they no longer focused on AI.

Starting last year, it became a common goal for leading AI companies to go public. Listing helps them get access to new sources of financing, while investors who have already bought into the IPO are eager to cash in.

AI is the technology of the future. However, for the capital market selling dreams, AI is not a new concept. From algorithm recommendation, image processing and voice assistant at the C-end to digitalization and intelligence at the B-end, AI has been integrated into various scenarios.

Xiong Weiming, a partner at China Innovation Capital, told Caijing that this means AI companies no longer have the aura of "cutting-edge technology" and no longer have obvious advantages over other industries. "It's a bit late to go public now."

Based on Sensetime's 2020 revenues, a $12bn valuation implies a PS multiple of 22. In general, the primary market values growth more and can accept a company to lose money in a short period of time. PS multiple of 22 times is not high. But Sensetime has been developing for seven years and is about to enter the secondary market, where profitability is the core competitiveness.

Sensetime's prospectus notes that as the AI industry is still in its early stages, it may not be able to achieve or maintain profitability in the future due to the need for continued large-scale investment. In addition, according to the prospectus, its competitors include three categories: computer vision-centric software companies, computer vision-related hardware vendors, and cloud service providers.

If losses are to continue, then the company needs to show high growth momentum. But the data don't support it. In 2019, Xu Li, co-founder of Sensetime, said that sensetime's revenue growth maintained at triple digits. Sensetime reported revenue of 3.03 billion yuan in 2019, up 63.3 percent year on year, and 14.4 percent in 2020, according to the prospectus.

Sensetime's business is mainly divided into four parts: smart business, smart city, smart life and smart cars. Among them, smart business and smart city are the main revenue sources at present, accounting for about 80% in total, but the revenue growth of these two businesses will slow down in 2020. The growth rate of smart business in 2019 and 2020 is 41% and 23% respectively; Smart cities will grow 139% in 2019 and 7% in 2020.

However, sensetime's smart business grew by only 1% in 2020.

A number of AI industry insiders told Caijing that the biggest problem in the AI field is that there is no standardized product. Almost all AI projects need customization, with long cycle and slow delivery. This is not sensetime's problem, and it is difficult for all AI companies to achieve rapid business expansion.

Another boost to sensetime's current high valuation is the emergence of the "metasverse" concept.

The meta-universe is a new hot spot in the capital market. At the 2021 World Artificial Intelligence Conference, Sensetime mentioned that its SenseCore AI device can achieve virtual reality experiences. As mentioned in the prospectus, the SenseMARS software platform, launched in 2016, supports metasverse experiences. SenseME and SenseMARS connect the real world with the virtual world through empowered phones, AR and VR devices, smart screens and consumer drones.

Several investors mentioned to Caijing that Sensetime has a certain scale advantage compared with the other three AI companies, including the scale of revenue and talent pool, but they all face the same problem: how to live better and better when the halo fades?

Related news
"Generation God U" Kirin 810 gets The Linely Group's annual "Best Cell Phone Processor Chip"
Sources said that Sensetime has been approved by the Hong Kong Stock Exchange for a Hong Kong listing plan to raise more than us $1 billion
The approval of Sensetime's IPO gives the metasurverse concept another ride
China's AI No.1 was pulled into the "blacklist" by the United States for the second time: it is at a critical juncture
Hot news this week
Behind the exposed layoffs, China has praised the loss growth, and the stock price has fallen 67% in three months.
The news said that the Wi-Fi7 chip uses a 7/6nm process to stimulate QFN packaging and aging testing needs
Alipay life channel 20 million people see Wufu Sheng Xiaoka lottery live, fans: difficult for the public
The U.S. government is introducing new policies to attract international students in fields like science and technology
The U.S. Senate Committee passed the tech antitrust bill, and giants such as Apple and Google rose to the challenge
It has been exposed that it will be acquired by Tencent: the Black Shark 5 game mobile phone is officially announced!
China has successfully developed the world's lowest power phase change memory: a thousand times lower than mainstream products
Microsoft Apple Meta seizes the XR market, the Samsung of the fillet folding screen mobile phone or wants to catch up
K50 e-sports edition opponent is coming! A new Chinese phone released in February: it claims to be the best gaming phone
Station B Bilibili 2021 Top 100 UP Main Selection: 63% of new entrants, double the proportion of scientific and technological knowledge
The most popular news this week
7 years! The classic control panel doesn't die: Windows 11 takes another step back
All color renderings of the Samsung Galaxy S22/Plus/Ultra flow out
Indian smartphone shipments increased by 12% of China's reputation points near 68% share Samsung plans to add code
Three months after launch, Microsoft is "happy" with Windows 11: more successful than previous systems
Google announces the abandonment of FLoC: launches a new Topics API to replace third-party cookies
Reveal the "land Probe 1 A star" space autopilot: "time and space revisit" to predict geological disasters
Circle of friends can send more than 9 pictures weChat iOS version 8.0.18 official version of the new content public
Douyin push incentive plan: carry forward China's excellent traditional culture
Common software is spitted in an amazing: mobile phone app memory
A rocket launched by the United States 7 years ago was about to hit the moon and self-destruct: the speed was staggering