Visa says it will settle dispute with Amazon over credit card fees: continue to cooperate in UK and US markets 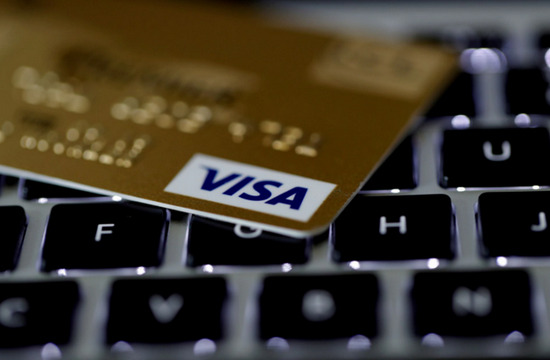 Beijing time on November 22 morning news, it is reported that recently, the global e-commerce giant Amazon and credit card giant Visa because of the cost of a disagreement. Vasant Prabhu, Visa's chief financial officer, said his company hoped to resolve a dispute with Amazon over fees in the UK and move forward with a joint credit card partnership in the US.

On Wednesday, Amazon announced that it would no longer accept payments with its Visa credit card in the UK starting in mid-January. This shows that bilateral cooperation is in crisis.

Visa and Amazon have resolved similar issues in the past and believe they will be able to resolve their differences in the future, Prahu told the media, adding that Visa's hope is that they can come up with a solution for the UK market so that credit card users are not affected.

Mr. Prahu's comments were reported in the media and led to a reduction in Visa's share price, though the changes didn't last long in late trading.

Amazon said in a statement last Wednesday that credit card fees should gradually decline as technology advances and time goes by. However, the fees charged by credit card companies are still high and have even increased.

Some analysts suggested amazon's announcement was more likely a negotiating tactic. Historically, other large retailers have had credit card fee disputes with Visa, with the retailer announcing a suspension of Visa payments in certain product areas, and the retailer and Visa have been able to resolve their fee differences and continue to work together.

In 2016, for example, Wal-Mart Canada announced that it was suspending payments with Its Visa card because it could not reach a fee agreement with the company. Seven months later, the two companies announced they had settled their dispute.

According to media reports last week, the dispute between Visa and Amazon in The UK is rooted in the fact that the UK has left the EU, so the cap on credit card fees in the EU no longer applies to the UK. However, Prahu told the media that such analysis is not accurate.

Mr Prahu said the EU's cap on credit card fees was for cross-border transactions between the UK and EU markets, but the difference between Visa and Amazon was mainly about transactions in the UK.

And in recent months, Amazon has imposed surcharges on customers paying with Visa cards in Singapore and Australia because of the high processing fees charged by Visa. The move is also a sign that the partnership between Amazon and Visa is in trouble.

Last week, some analysts also pointed to Amazon's suspension of Visa card support in the UK as a possible harbinger of more countries to come. Mr. Prahu expressed hope that such fears would not materialize.

Restricting consumers' payment options is not good for merchants either, the Visa executive says, and "it doesn't help me as a consumer if a merchant tells me they can't support my preferred credit card".

Last week, in addition to cancelling the UK deal, Amazon said it was considering cancelling its co-branded credit card deal with Visa in the US, where it has been in talks with both Visa and mastercard.

Visa said it was still in talks with Amazon about co-branded credit cards in the US and hoped the deal would continue. Mr. Prahu said Visa wanted to get its relationship with Amazon back to normal.

Related news
U.S. Department of justice blocks visa's $5.3 billion acquisition of fintech startups
Visa maintains the pornhub clearing ban but allows credit card payments to be accepted in its parent business
International payment giants deploy digital currency one after another, visa has supported 35 digital currency service providers around the world
Visa says it will settle dispute with Amazon over credit card fees: continue to cooperate in UK and US markets
Visa CFO: The company can solve the problem with Amazon, and the relationship will resume as it did
Hot news this week
The developer of the dating app Tinder has reached an agreement with Google over billing rules for its app store
Still did it! Canada has banned Huawei and ZTE from participating in the country's 5G network on "national security" grounds
Red Elf Lightning erupts in the Himalayas Spectacular Spectacle: Experts Reveal What Exactly Is This?
The founder of the Internet Quick Hand Su Hua was taken away for investigation, and the fast hand responded: the news was not true
Wang Xiang, president of Xiaomi, explained that a shortage of low-end chips is a major challenge in overseas markets
Or for Studio Display Pro, the release of Apple's 27-inch Mini LED-backlit Display has been delayed by October
Tencent Q1: The business service business has "slightly decreased" year -on -year, and resource centralized video cloud and network security | View financial report
One picture to understand! Blue Factory has issued 3 new machines in a row: self-developed chip blessing, the narrowest lower border
Sony released the active noise-canceling headphones WH-1000XM5, equipped with 2 chips and 8 microphones
Tencent established a smart technology company in Chengdu, and its business scope includes Internet data services
The most popular news this week
Xiaomi's first Leica flagship! Xiaomi Mi 12 Ultra's latest appearance map: the screen ratio is amazing
The founder of Xiaopeng Auto! He Xiaopeng uses "Keda Duck" to ask for help online
Not afraid of merchants "first rise and then fall"! 618 Taobao launched a new feature: one-click refund of the price difference
How does the Internet make People Copy each other
Fed Vice Chairman: The future digital dollar may complement the coexistence of stablecoins and commercial bank currencies
ZHANG Pingan, CEO of HUAWEI CLOUD: The value of data governance in China has not been fully tapped Data and AI should be accelerated
Shenzhen Atmosphere! The sales price of mobile phones, computers and other products is subsidized by 15%
Microsoft shows third -party components: Win11 chicken rib function is saved
No need to grab it! Sony announced an increase in PS5 shipments
Audi advertising poster photos only sell for 8 yuan? Photographers question the unreasonable use of the photo purchase