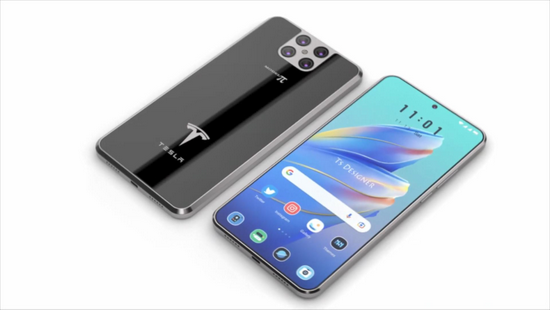 Apple makes cars, Tesla makes mobile phones -- beating the opponent in the way he is best at is not only the highest realm of The Martial arts sword, but also seems to be the two companies to completely beat the opponent, laughing.

The failure to enter the automobile market as early as possible is considered to be a rare strategic failure of Apple in recent years. Now, Apple is following the trend of intelligent electric vehicles into the automobile market after the "lonely failure" of the mobile phone related market. Tesla is also more and more frequently reported to make mobile phone news, recently released by the foreign media tesla phone rendering is the development of Tesla mobile phone news thoroughly heated.

Unfortunately, tesla making a phone seems like a bad idea compared to Apple making a car. It seems to me that the mobile market is going to be a quagmire for Tesla, no matter how charismatic and magical Elon Musk is.

So whether or not Tesla launches a phone, here's musk's advice: Don't touch the phone. There are three reasons:

First, today is different.It seems that When Tesla entered the automobile market, it also plunged into the mature market, driving industrial revolution through innovative products and seizing the market. However, compared with traditional cars, the electric intelligent vehicles created by Tesla are still fundamentally revolutionary and upgraded. It can be said that Tesla seeks to reduce the impact by differentiated products.

If Tesla makes a phone, will it be different enough to be compelling? Not necessarily, or very difficult. There is nothing new under the sun, and we can't see the "trump cards" that Tesla phones can use with our binoculars. Some people may cite some potential "high-energy applications" of Tesla phones, but do they really work?

Second, there is a shortage of selling points.According to overseas media reports, Tesla's Model PI is a powerful phone with a number of subversive designs that don't quite make sense on close inspection.

For example, if the Tesla phone can photograph the universe, assuming that is true, the innovation will surely focus on optical lenses and imaging devices, something tesla is not known to have done. Tesla once secured industrial chain companies and technologies such as Panasonic Battery, but the head optical lens manufacturers such as Chua's and Leica have long been divided up by mobile phone manufacturers, leaving Little room for cooperation and self-research. 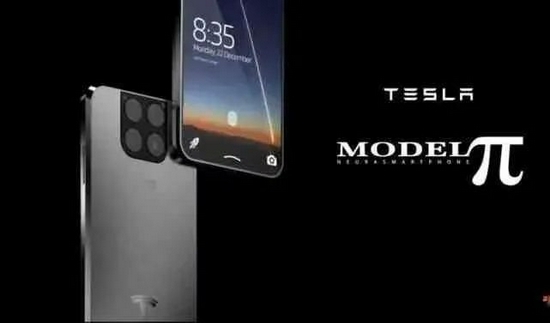 As reported by the media, the most cutting-edge "Starlink Internet" function of Tesla mobile phone requires no SIM card and signal base station, and the Internet speed is as high as 210Mbps! It could even kill telecom operators around the world! I have to say that the technology mode of "Starlink online" is established, but there is still a long way to go in industrialization and scale. Not to mention the power consumption, antenna, coverage, policy and other factors of satellite Internet access, the Internet speed alone, even in today's 5G covered streets, your 5G mobile phone may not be able to guarantee a high speed of 210Mbps, let alone the "starlink Internet".

Other experts point to cryptocurrency as a potential killer feature on Tesla's phone. While it's a fascinating feature that could enthrall a large number of "just need" users, cryptocurrency is so exposed to policy risks around the world that it has little chance of gaining widespread adoption. Roses are beautiful, but too prickly.

Third, there are phone secrets. Musk hasn't studied any of them.In order to dominate the mobile phone market, at least three hard indicators must be passed - chip, ecology, radio frequency. Apple has built a wall straight into the atmosphere in the chip and ecological fields, and no rival can surpass it for the time being. In 5G and other rf fields, Apple is still working hard, and Tesla has not started yet. Besides, this is a field highly dependent on technological accumulation, so It is almost impossible for Tesla to "drop from the sky". So it's a bit far-fetched for Tesla to try to dominate the mobile market.

Wouldn't Musk be an international version of Luo Yonghao if he sold his phone solely on fandom?

So when will Musk be ready to enter the mobile business? Half-jokingly, he might one day be able to raise his arms and shout: attention, people of Mars: if you don't buy my cell phone, you have to use my pay phone.

Related news
Windows 10 Build 18908 released: Your Phone ushered in major improvements (Figure)
Your Phone is about to allow users to dial/receive Android phone calls on the PC (figure)
Windows 10Your Phone will be better in the next update
Hot news this week
Behind the exposed layoffs, China has praised the loss growth, and the stock price has fallen 67% in three months.
The news said that the Wi-Fi7 chip uses a 7/6nm process to stimulate QFN packaging and aging testing needs
Alipay life channel 20 million people see Wufu Sheng Xiaoka lottery live, fans: difficult for the public
The U.S. government is introducing new policies to attract international students in fields like science and technology
The U.S. Senate Committee passed the tech antitrust bill, and giants such as Apple and Google rose to the challenge
It has been exposed that it will be acquired by Tencent: the Black Shark 5 game mobile phone is officially announced!
China has successfully developed the world's lowest power phase change memory: a thousand times lower than mainstream products
K50 e-sports edition opponent is coming! A new Chinese phone released in February: it claims to be the best gaming phone
Microsoft Apple Meta seizes the XR market, the Samsung of the fillet folding screen mobile phone or wants to catch up
Station B Bilibili 2021 Top 100 UP Main Selection: 63% of new entrants, double the proportion of scientific and technological knowledge
The most popular news this week
7 years! The classic control panel doesn't die: Windows 11 takes another step back
Apple's Apple Watch Unity Light Dial Launched Black Unity Woven Strap
Quick upgrade! Apple release iOS 15.3: Repair iPhone, IPAD Important Vulnerability
Tesla's net profit in the fourth quarter increased by 760% year-on-year, and boss Musk is firmly on the throne of the world's richest man
Are you "socially afraid"? 70% of college students are afraid of becoming socially awkward Experts give advice
Samsung's fourth-quarter net profit of $8.86 billion increased 65% year-over-year
Oracle revealed its latest strategy in China: data center + service cross-border e-commerce
Netizens spoof "start": If Liu Yao puts photos in Baidu network disk
钛媒体科股早知道：库存不足5天！这些领域芯片成缺货“重灾区”；多点突破！11月至今该领域政策和事件密集发布
Masque: Sub-shaped robot business is more important in the future or Bitelsla