As the 5G landscape evolves, companies are filing patents with the European Telecommunications Standardization Institute (ETSI), but many of them don't match the standard.

According to the report, 4,796 patents of 5G standard declaration are essential for 5G core standards, accounting for 22 percent of the total declared patents.Among the suppliers, Huawei is ahead of other companies in many aspects, such as the holding of core patents, the proportion of claimed patents, important technology areas, and the distribution of terminal/base station side.

Six companies, including Huawei, Samsung, LG, Qualcomm, Nokia and Ericsson, together hold 70 percent of the patents necessary for 5G core standards. All due respect,Huawei topped the list with a commanding 21 percent ownership。 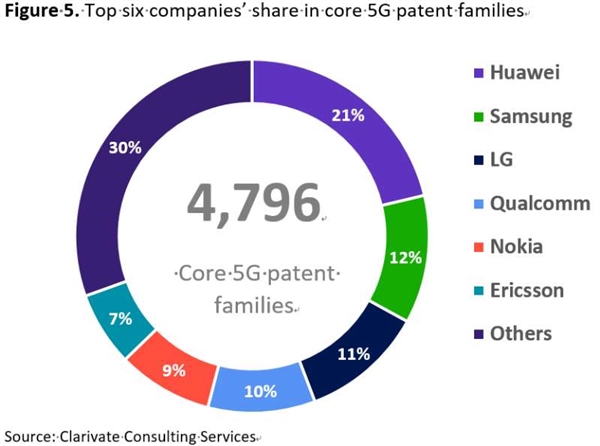 Huawei and Ericsson were the only two companies with 22 percent more patents than the average, and Huawei ranked first with 27 percent. 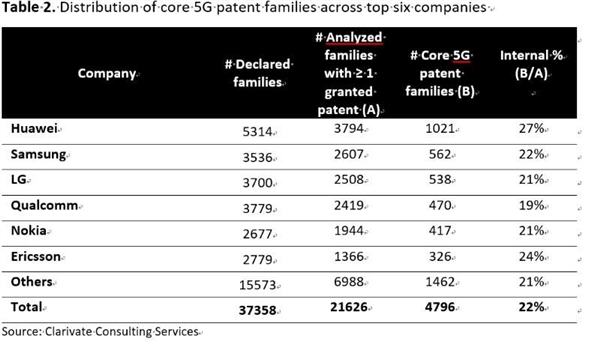 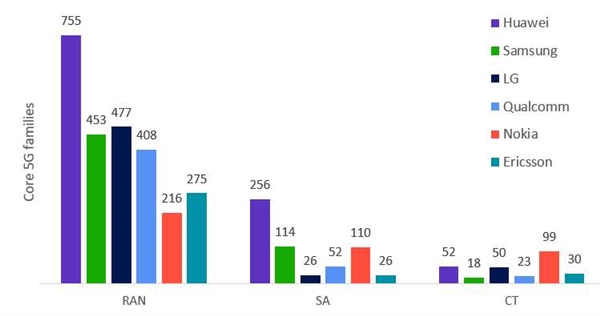 Terminal and base station equipment play a decisive role in the 5G communication market. The report shows that Huawei's essential patents for 5G core standards take the first place in the layout of terminal side and base station side, accounting for 708 and 569 respectively. 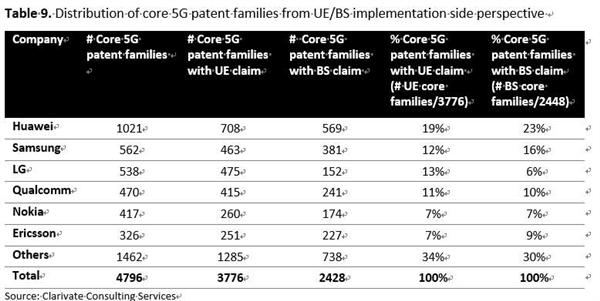 Overall, the number of patents required for 5G core standards increased by 51 percent in the nine months from July 1, 2020, indicating that 5G technology is booming and suppliers are continuing to make progress on the technology evolution path. Huawei's performance in all dimensions of the report is very impressive, fully demonstrating its leading position in the FIELD of 5G technology, as well as its huge investment and outstanding contribution to 5G.

Related news
Essential announces closure: the father of Android
Even though essential is shut down: essential phone can upgrade Android 11
Hot news this week
Behind the exposed layoffs, China has praised the loss growth, and the stock price has fallen 67% in three months.
The news said that the Wi-Fi7 chip uses a 7/6nm process to stimulate QFN packaging and aging testing needs
Alipay life channel 20 million people see Wufu Sheng Xiaoka lottery live, fans: difficult for the public
The U.S. government is introducing new policies to attract international students in fields like science and technology
The U.S. Senate Committee passed the tech antitrust bill, and giants such as Apple and Google rose to the challenge
It has been exposed that it will be acquired by Tencent: the Black Shark 5 game mobile phone is officially announced!
China has successfully developed the world's lowest power phase change memory: a thousand times lower than mainstream products
K50 e-sports edition opponent is coming! A new Chinese phone released in February: it claims to be the best gaming phone
Microsoft Apple Meta seizes the XR market, the Samsung of the fillet folding screen mobile phone or wants to catch up
Station B Bilibili 2021 Top 100 UP Main Selection: 63% of new entrants, double the proportion of scientific and technological knowledge
The most popular news this week
7 years! The classic control panel doesn't die: Windows 11 takes another step back
You can post 20 pictures on wechat moments, but these functions are still the most desired by users
For the "four crimes" involving untruthful credit asset quality, a village and town bank in Nanshan, Shenzhen was fined 1.5 million
Ministry of Industry and Information Technology: 355 million 5G users in China in 2021
Apple's Apple Watch Unity Light Dial Launched Black Unity Woven Strap
Quick upgrade! Apple release iOS 15.3: Repair iPhone, IPAD Important Vulnerability
Tesla's net profit in the fourth quarter increased by 760% year-on-year, and boss Musk is firmly on the throne of the world's richest man
Are you "socially afraid"? 70% of college students are afraid of becoming socially awkward Experts give advice
Samsung's fourth-quarter net profit of $8.86 billion increased 65% year-over-year
Oracle revealed its latest strategy in China: data center + service cross-border e-commerce