Snapdragon 8 Gen1: Where the hell is the cow?

As the successor to last year's Snapdragon 888, the Snapdragon 8 Gen1 is the first chipset to adopt Qualcomm's new naming scheme, ditching the nickname qualcomm previously used to base its three-digit numbering system on the new generation.

As is the case every year, Qualcomm promised some major improvements to the Snapdragon 8 Gen1, including better performance, camera technology, ai features, security and support for 5G.

Starting with the hard specs, as expected,The Snapdragon 8 Gen1 is Qualcomm's first chip to use Arm's latest Armv9 architecture.

In addition, the new chip jumped from the 5nm process used to build Snapdragon 888 to a 4nm process.

All in all,Qualcomm promises the Snapdragon 8 Gen1 will offer up to a 20% performance boost and up to 30% energy efficiency over last year's models.

Meanwhile, the new AdrenoGPU (much like Gen1's KryoCPU, qualcomm didn't provide specific numbers for the updated hardware here) promises a 30% graphics rendering speed increase, plus a 25% increase in energy efficiency compared to Snapdragon.

It will also offer a new GPU control panel for fine-tuning the way games run on mobile phones.

Making its debut on the Snapdragon 8 Gen1 is Qualcomm's Snapdragon X65 modem, which promises a full set of 5G features and initiatives.

As Qualcomm's fourth generation 5G modem, it builds on previous existing millimeter-wave and sub-6ghz compatibility, adding support for speeds up to 10Gbps and the latest 3GPPRelease16 specification.

As usual, you almost certainly won't see this kind of speed in the real world.

In keeping with qualcomm's tradition of top-of-the-line processors, the company puts a lot of emphasis on its enhanced camera features,For the first time bundle it in a new “ Snapdragon Sight” Under the brand.

While Spectra ISP is once again a triple ISP system, snapdragon 8 Gen1 upgrades the system to an 18-bit system (from the 14-bit system on 888). This means a 4,096 fold increase in camera data, with up to four additional stops added to dynamic range for very bright or very dark scenes.

Triple ISP (Image Signal Processor) also allows 240 12-megapixel photos to be taken in one second or simultaneously at 8K HDR, while 64 megapixel still images due to increased throughput of 3.2 megapixels per second.

Qualcomm also offers more high-end camera features out of the box, including support for shooting 8K video using the HDR10 Plus and shooting in 18-bit RAW (assuming your phone has the actual camera hardware to shoot).

The 8 Gen1 also features a variety of other imaging improvements, including better dark mode pictures that can use data from up to 30 images in a single take (up from 6 images on 888).

Qualcomm has also added a fourth ISP, a dedicated sensing center on the SoC: Unlike the main camera's triple ISP, the new ISP is specifically designed to power always-on cameras that are always active.

Qualcomm has some big ambitions for what developers can do with the alway camera, like automatically turning off your screen when you put your phone down or when it detects someone trying to read over your shoulder.

While the idea of an always-on camera raises some obvious security issues, Qualcomm believes the feature is designed to help you use your device more securely by keeping any camera data from an always-on camera in a secure enclave in a chip locally on the device.

In addition, customers will be able to choose to use an always-on camera, much like the way they can choose whether to use the always-listening microphone feature for voice assistants.

However, increased functionality. — And how manufacturers can implement it into their devices, if they do. — This will be something to watch when the first chips with Snapdragon 8 Gen1 come out.

On the AI front, the Snapdragon 8 Gen1 is powered by Qualcomm's latest Hexagon processor with a seventh-generation AI engine, which the company claims is four times faster than its predecessor and 1.7 times more energy efficient.

Qualcomm demonstrated a variety of use cases where enhanced AI capabilities could be made possible, including the aforementioned camera features and a simulation of leica lenses. Leica LeitzLook mode & RDquo; And improved detection of where you're holding your phone to optimize antenna performance. this

Additionally, Qualcomm is adding AI-based sampling to provide DLSS style effects to improve mobile gaming, which is said to happen automatically when playing games on 8 Gen1.

Despite the new branding, the Snapdragon 8 Gen1 doesn't seem to break the Qualcomm chip mold and delivers the routine upgrades we've come to expect from the company's annual flagship product.

Still, in A world where custom chips like Google's Tensor or Apple's A-series processors are increasingly popular, it's good to see that Qualcomm has no intention of slowing down its own top-of-the-line chips, even as competition heats up.

With the first Snapdragon 8 Gen1 smartphone expected before the end of 2021, it won't be long before we see just how powerful Qualcomm's latest chips are for ourselves. 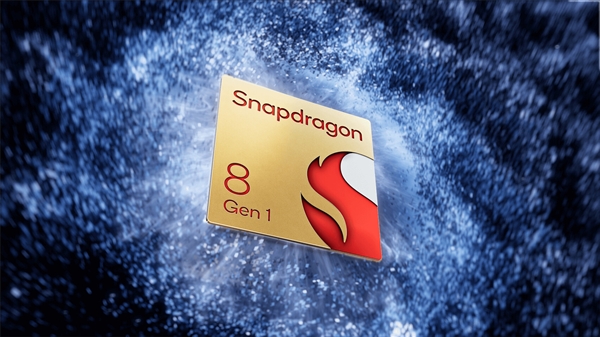 Related news
Qualcomm Snapdragon 8Gen1 runs to exposure, compared with the Snapdragon 888 single core to approximately 30%
Snapdragon 8 Gen1: Where the hell is the cow?
1000 pieces! Snapdron 8 Gen1 is sent to China: Send it from Singapore every day
MOTO Takaro 8 Gen1 chip body: packaging like a tape roll, a volume worth millions
Standard Snapdragon 8 Gen1! Exposure millet 12 Pro released this month: screen specifications are higher
Xiaomi Mi 12 performance/power consumption preemptively measured: the Snapdragon 8 Gen1 that can be bought with your eyes closed is coming
After the AMD GPU lowered the phone, the running score was crazy: far beyond the Snapdragon 8 Gen1
Abandon Samsung OEM! Snapdragon 8 Gen1 Plus has been speeded up: complete enhancements
Vivo's first foldable phone revealed: Snapdragon 8 Gen1 chip will be announced in the first half of the year at the earliest
The world's first Snapdragon 7 Gen1 mobile phone is here! New machine exposure
Hot news this week
During the quarter, we signed a multi-year intellectual property patent licensing agreement with a major licensee. This positive result enables us to obtain more 5G patent licensin...
Win10 digital version will be discontinued: free whitewash is still available Microsoft has not been under the dead hand for 7 years
Microsoft posted $17.4 billion in non-GAAP net income on revenue of $52.7 billion in the second quarter of fiscal 2023
YouTube complained about: using offline return-to-work policy to illegally block contract workers from unionizing
India receives Radio Signals from Galaxies 9 billion light-years Away Astronomers: Aliens not involved
Beautiful country semiconductor ushered in the winter, US high enterprises inverted, our country market doesn't buy it!
Cybertruck skipped tickets again! Mass production of Tesla electric pickup truck will not wait until 2024.
Apple will relax measures to deal with COVID-19 's epidemic and encourage employees to go back to work
Huawei P60 Pro latest configuration chart revealed: variable aperture and satellite communications are on the list
Intel: 14 generations of Core in the second half of the year, and build a new architecture from zero next year.
The most popular news this week
Eight satellites in eight hours! China rushed to Venezuela's relief efforts
Apple bet on mixed reality, but the selling point of the product is not enough.
Baidu is reported to launch an AI chat robot service similar to ChatGPT in March this year.
The most powerful SSD becomes the last song Intel retired Aoteng hard disk: 6 years of performance is still leading
Don't wait for the entry-level Tesla! Extreme Krypton 003 prototype revealed: or 160,000 starting price
Apple's car accident detection function has been misreported constantly, and the rescue department has been tortured.
To accelerate electrification, Honda China's technical research Technology and production technology companies merge
Amazon will charge for a single grocery order of less than $150 for within the United States
Apple, AMD and Nvidia are scrambling for orders for TSMC AI chips, which will be produced in April.
It's a pity that so many talents are distorted! Only 1,400 Chinese scientists return to China every year?