It is reported that some vehicles involved in the call, due to the supplier manufacturing reasons, there may be front and rear steering knuckle strength does not meet the design requirements. In the process of vehicle use, the steering knuckle may be deformed or broken, and the suspension link may fall out from the steering knuckle under extreme stress, affecting vehicle driving and control, increasing the risk of collision accidents, and there are hidden safety hazards.

Tesla will inspect the front and rear steering knuckles of the recalled vehicles free of charge and replace them if they don't meet the required strength, Time Money has learned.

"Users should drive their vehicles carefully before they are recalled for repair, and contact The Tesla service center for repair as soon as possible after the recall is implemented," the notice said. 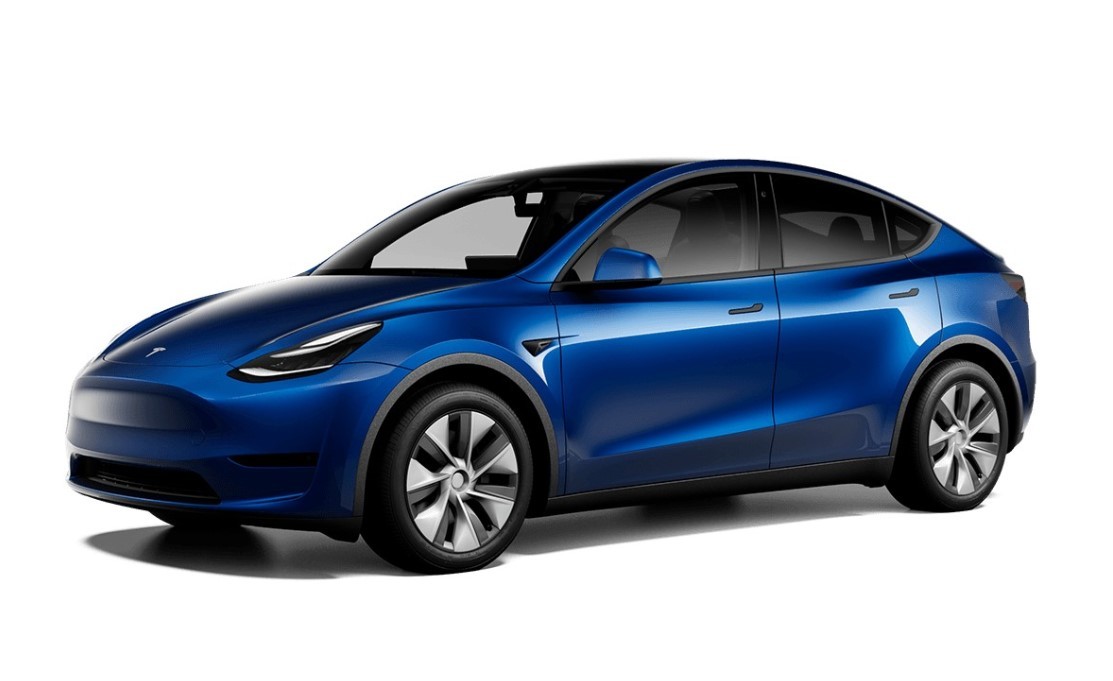 Notably, tesla Model Y models sold in the U.S. have suffered a similar recall. At the end of November, The NATIONAL Highway Traffic Safety Administration (NHTSA) said Tesla plans to recall 826 Model Y vehicles from the 2020-2022 Model YEAR, citing "possible rupture of the front and rear suspension steering knuckles, which could lead to suspension link separation."

In addition to the reasons mentioned above, according to incomplete statistics, Tesla has launched a total of five recalls in the Chinese market this year, involving problems such as eMMC multimedia memory cards and falling screws/bolts.

Among them, on February 5 this year, Tesla recalled 36,126 Model S/Model X vehicles in China, because the eMMC hardware storage unit of some vehicles may be exhausted, which will lead to the failure of central display software function, and indirectly affect reversing image, lighting control and other functions. On June 3, 734 imported Model 3s were recalled due to the risk that the fixing screw of the D-ring on the top of the front seat belt could fall off, increasing the risk of injury to the occupant in a crash, and that the brake caliper bolt could become loose, posing a safety hazard. On June 26, a total of 285,520 imported and domestic Model 3 and Model Y cars were recalled, because the active cruise control system of the vehicles has problems, which may cause drivers to mistakenly activate the active cruise function in some cases, and may lead to vehicle collisions in extreme cases, resulting in potential safety hazards. On Nov. 5, another 91 imported Model 3s were recalled because the front subframe assembly bolts could become loose or fall out of the subframe, which could eventually cause the front suspension transverse link to fall out of the subframe, posing a safety hazard.

Tesla has been going from strength to strength in China this year. Tesla sold 54,391 vehicles wholesale in China in October, among which Model Ysold 13,303 units domestically in October, ranking first in the sales volume of high-end SUVs, according to data from the Passenger Association.

However, due to the rising cost of raw materials, new energy subsidies and other factors, Tesla has launched several rounds of price adjustment. At the end of October, Tesla raised prices in the US three times in one month, mainly for Model 3 and Model Y models. In The Chinese market, according to the Official website of Tesla China on November 19, the price of the rear-wheel drive version of the Model 3 in China was raised by 15,000 yuan to 250,900 yuan. In the following week, the price was raised by 4,752 yuan again, and the 100km acceleration decreased from 5.6 seconds to 6.1 seconds.

Related news
Tesla Model Y's third row of seats exposed netizens questioned: is there a third row?
Tesla Model y will be made in China next year! The price should be affordable
Tesla Model Y's domestic sales price is expected to be less than 400000 yuan next year
Domestic Tesla Model y officially landed in China electric vehicle market competition intensified
Tesla Model y has to wait for a quarter to pick up the car after the price reduction, and the analysis says that there is a high probability that the price will be reduced
Tesla Model Y's Spring Festival sales are too hot! I'll have to wait three months to pick up the car
Tesla will recall about 2,800 Model 3s and Model Y: There may be tightening problems with the front suspension
More than 20,000 domestic Model Y "broken shaft" recalls Tesla's ability to dump pots surprised netizens
The suspension store falls off the hidden danger! Tesla has recalled more than 20,000 chinese-made Model Y vehicles
Hot news this week
The developer of the dating app Tinder has reached an agreement with Google over billing rules for its app store
Still did it! Canada has banned Huawei and ZTE from participating in the country's 5G network on "national security" grounds
Red Elf Lightning erupts in the Himalayas Spectacular Spectacle: Experts Reveal What Exactly Is This?
Shipments in the first quarter fell 11%, exposed Xiaomi, OPPO, Vivo cut orders 20%, Apple bucked the trend to increase production
The founder of the Internet Quick Hand Su Hua was taken away for investigation, and the fast hand responded: the news was not true
Wang Xiang, president of Xiaomi, explained that a shortage of low-end chips is a major challenge in overseas markets
Or for Studio Display Pro, the release of Apple's 27-inch Mini LED-backlit Display has been delayed by October
Tencent Q1: The business service business has "slightly decreased" year -on -year, and resource centralized video cloud and network security | View financial report
One picture to understand! Blue Factory has issued 3 new machines in a row: self-developed chip blessing, the narrowest lower border
Sony released the active noise-canceling headphones WH-1000XM5, equipped with 2 chips and 8 microphones
The most popular news this week
Audi advertising poster photos only sell for 8 yuan? Photographers question the unreasonable use of the photo purchase
Twitter spent $150 million to settle privacy and security lawsuits with the U.S. government
Hong Kong Hang Seng Index Opens 0.5% Baidu Hong Kong Stocks Open More Than 2%
Amazon's new CEO participated in a shareholders' meeting for the first time: to restore normal profit, ready to cut off the excess warehouse
Baidu, Shunwei and Fosun are shareholders, and pharmaceutical Internet "unicorn" pharmacists help hand over the watch to the Hong Kong Stock Exchange
Google CEO Pichai: Recession fears intensify The cycle volatility in the tech industry is even more intense
Amazon CEO first appeared at the shareholders' meeting: to restore normal profit
Sony claims that the full recovery of membership upgrade fees is a technical error
Taobao 618 will be launched in the Yuan universe shopping: three -dimensional "shopping Taobao"
Yuncong will be listed on the Science and Technology Innovation Board on May 27 at 15.37 yuan per share