In recent time, the first major manufacturers also be played in the network, and the most concerned is the struggle for millet and Motorola; true.

According to Motorola official news,MOTO EDGE X30 will be officially released on December 9 and will officially open the first sales on December 15th, which is also the first public announced 3 Gen1 model.

At the same time, MOTO EDGE X30 also claims to have a large number of spot. 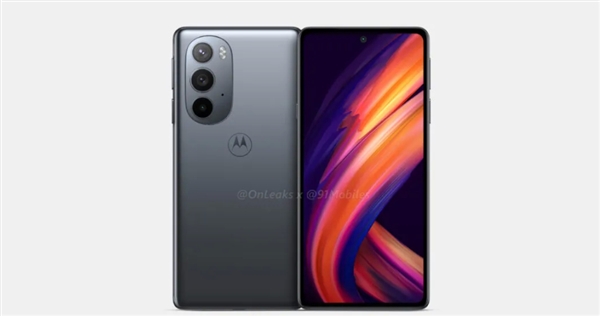 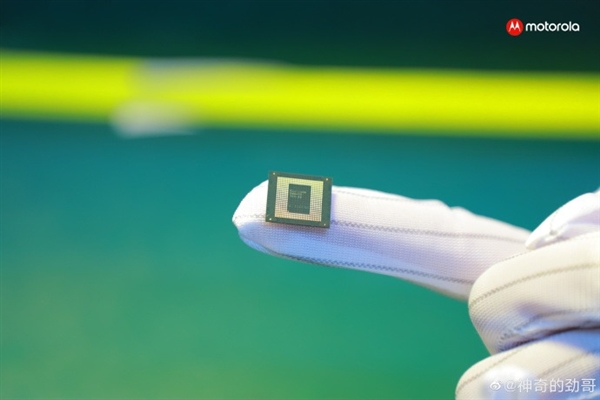 Interestingly, the industrial packaging of the Snapdragon 8 Gen1 chip is very similar to the tape roll.

@ 神奇 哥 哥 透 称,This packaging is for the convenience of large-scale production lines. One volume contains 1000 chips, which is almost equivalent to several rooms in the three or four-tier cities, with 1200 yuan / piece, and a volume of the price is more than 1.2 million.

It is worth mentioning that according to the chip's body picture of the sun, Motorola seems to be really a first shot of the dragon 8 Gen1.It is just the two volumes of the two volumes, which is enough to output 2000 machines, which is only the number of chips published. 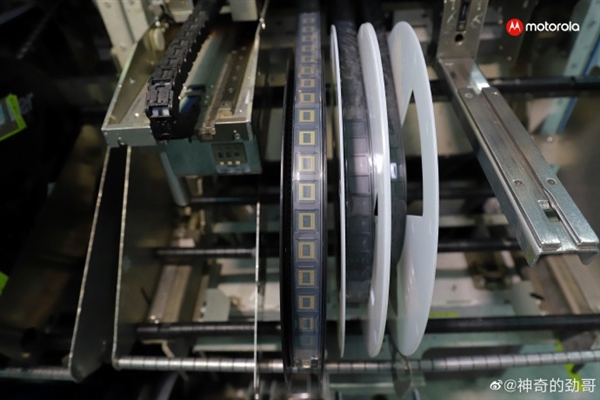 It can be seen that MOTO EDGE X30 may really grab the true start of Xiaomi 12.

Will you choose Motorola's flagship machine? 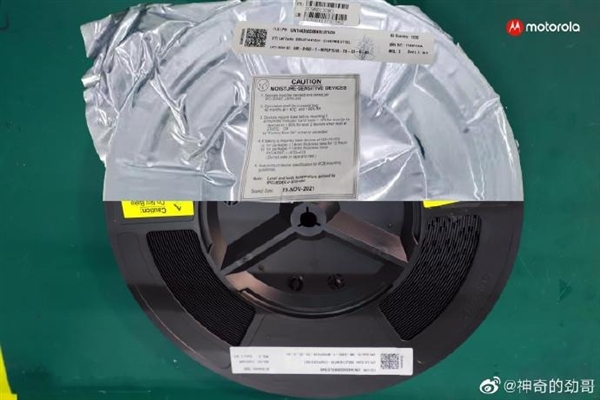 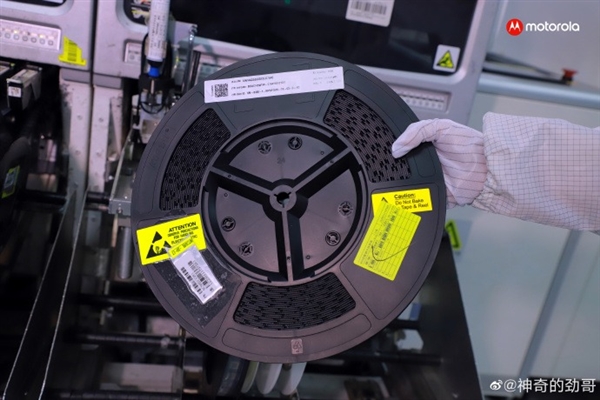 Related news
Snapdragon 8 Gen1: Where the hell is the cow?
1000 pieces! Snapdron 8 Gen1 is sent to China: Send it from Singapore every day
MOTO Takaro 8 Gen1 chip body: packaging like a tape roll, a volume worth millions
Standard Snapdragon 8 Gen1! Exposure millet 12 Pro released this month: screen specifications are higher
Samsung's new machine running points exposure or equipped with Snapdragon 8Gen1
Xiaomi Mi 12 performance/power consumption preemptively measured: the Snapdragon 8 Gen1 that can be bought with your eyes closed is coming
After the AMD GPU lowered the phone, the running score was crazy: far beyond the Snapdragon 8 Gen1
Abandon Samsung OEM! Snapdragon 8 Gen1 Plus has been speeded up: complete enhancements
Vivo's first foldable phone revealed: Snapdragon 8 Gen1 chip will be announced in the first half of the year at the earliest
The world's first Snapdragon 7 Gen1 mobile phone is here! New machine exposure
Hot news this week
During the quarter, we signed a multi-year intellectual property patent licensing agreement with a major licensee. This positive result enables us to obtain more 5G patent licensin...
Win10 digital version will be discontinued: free whitewash is still available Microsoft has not been under the dead hand for 7 years
Microsoft posted $17.4 billion in non-GAAP net income on revenue of $52.7 billion in the second quarter of fiscal 2023
YouTube complained about: using offline return-to-work policy to illegally block contract workers from unionizing
India receives Radio Signals from Galaxies 9 billion light-years Away Astronomers: Aliens not involved
Beautiful country semiconductor ushered in the winter, US high enterprises inverted, our country market doesn't buy it!
Cybertruck skipped tickets again! Mass production of Tesla electric pickup truck will not wait until 2024.
Apple will relax measures to deal with COVID-19 's epidemic and encourage employees to go back to work
Huawei P60 Pro latest configuration chart revealed: variable aperture and satellite communications are on the list
Intel: 14 generations of Core in the second half of the year, and build a new architecture from zero next year.
The most popular news this week
The iPhone is No. 1 in China! Why do people prefer Apple to Android?
China develops starch and protein synthesis technology for corn stover: Costs drop dramatically
Technology tree point crooked? Toyota's new patent: hold the door handle can be sterilized
Eight satellites in eight hours! China rushed to Venezuela's relief efforts
Apple bet on mixed reality, but the selling point of the product is not enough.
Baidu is reported to launch an AI chat robot service similar to ChatGPT in March this year.
The most powerful SSD becomes the last song Intel retired Aoteng hard disk: 6 years of performance is still leading
Don't wait for the entry-level Tesla! Extreme Krypton 003 prototype revealed: or 160,000 starting price
Apple's car accident detection function has been misreported constantly, and the rescue department has been tortured.
To accelerate electrification, Honda China's technical research Technology and production technology companies merge