Visa CFO: The company can solve the problem with Amazon, and the relationship will resume as it did 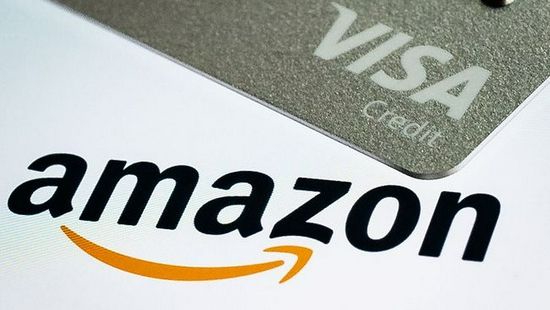 Sina Technologies Inc. reportedly said it could resolve a dispute with e-commerce giant Amazon.com Inc., according Amazon.com to a news release on Dec. 9. The latter plans to ban visa credit cards issued in the UK from next month.

Vasant Prabhu, Visa's chief financial officer, told an investor conference that Amazon's move in the UK was confusing for the payment company because the fees merchants pay Visa and banks are heavily regulated every time they swipe. Amazon said it took the step because the cost of accepting credit card payments was rising.

He added: "We've addressed similar issues before and our relationship with Amazon will go back to the level we had with a co-branded credit card." Of course, a slap doesn't ring. ”

Visa plays a unique role in the payments space. Like Mastercard Inc., the company sets a credit card fee for merchants. Visa has long faced criticism from merchants for its rising costs, even though card issuers receive most of the fees.

Amid rising tensions with Visa, Amazon is also considering swapping its popular co-branded credit card for MasterCard. Amazon's move in the UK also draws on the approach of rivals Walmart Inc. and Kroger Co., which have imposed similar temporary bans on Visa cards in the past.

Related news
Musk came to China to dig a tunnel? Plan to launch the Boring Company China project
The shadow behind Amazon Logistics:The first CFO was killed by its own delivery vehicle.
U.S. Department of justice blocks visa's $5.3 billion acquisition of fintech startups
Visa says it will settle dispute with Amazon over credit card fees: continue to cooperate in UK and US markets
Visa CFO: The company can solve the problem with Amazon, and the relationship will resume as it did
Hot news this week
Behind the exposed layoffs, China has praised the loss growth, and the stock price has fallen 67% in three months.
The news said that the Wi-Fi7 chip uses a 7/6nm process to stimulate QFN packaging and aging testing needs
Alipay life channel 20 million people see Wufu Sheng Xiaoka lottery live, fans: difficult for the public
The U.S. government is introducing new policies to attract international students in fields like science and technology
The U.S. Senate Committee passed the tech antitrust bill, and giants such as Apple and Google rose to the challenge
It has been exposed that it will be acquired by Tencent: the Black Shark 5 game mobile phone is officially announced!
China has successfully developed the world's lowest power phase change memory: a thousand times lower than mainstream products
Microsoft Apple Meta seizes the XR market, the Samsung of the fillet folding screen mobile phone or wants to catch up
K50 e-sports edition opponent is coming! A new Chinese phone released in February: it claims to be the best gaming phone
Station B Bilibili 2021 Top 100 UP Main Selection: 63% of new entrants, double the proportion of scientific and technological knowledge
The most popular news this week
7 years! The classic control panel doesn't die: Windows 11 takes another step back
Are you "socially afraid"? 70% of college students are afraid of becoming socially awkward Experts give advice
Samsung's fourth-quarter net profit of $8.86 billion increased 65% year-over-year
Oracle revealed its latest strategy in China: data center + service cross-border e-commerce
Netizens spoof "start": If Liu Yao puts photos in Baidu network disk
钛媒体科股早知道：库存不足5天！这些领域芯片成缺货“重灾区”；多点突破！11月至今该领域政策和事件密集发布
Masque: Sub-shaped robot business is more important in the future or Bitelsla
The circle of friends can send 20 photos! WeChat iOS version 8.0.18 released: WeChat keyboard online
Lenovo Halo flagship new machine rendering, configuration exposure: equipped with Snapdragon 8 Plus processor
Samsung officially issued an invitation: February 9th official Xuan Galaxy S22