On December 11, the news was exposed on Kuan, and the Main @Shadow_Leak of Twitter drew a rendering of Xiaomi 12 Ultra based on the phone case exposed on Kuan.

As shown in the figure,The biggest change in the industrial design of the Xiaomi Mi 12 Ultra is the Oreo lens on the backThe machine appears to be equipped with five cameras, including a main camera, ultra-wide angle, periscope telephoto, and more.

As we all know, the previous generation of Xiaomi 11 Ultra positioning is the light of Android. In addition to its flagship screen, performance, battery life and other excellent features, the image has also reached the top level,At one point, he dominated DXOMARK with a total score of 143 points. 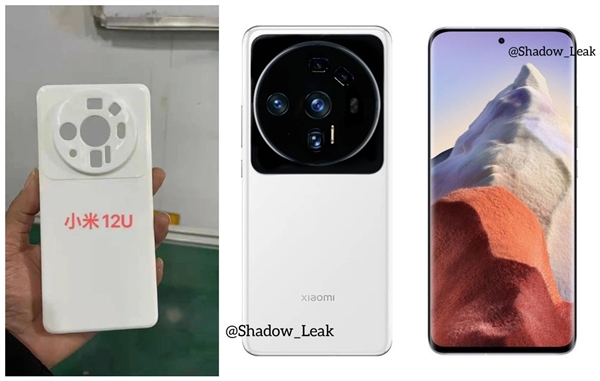 Related news
What is the number of 100 million pixels? DxO preview Samsung Galaxy note 20 ultra camera rating
DxO apologized again. This time, the "victim" is Samsung S21 Ultra
Android Light! The Xiaomi Mi 12 Ultra is eye-catching: Leica Assists to sweep the DXO
Huawei DXO may lose mi 12 Ultra profile exposure: Pull on Leica
Android Light successor! Wang Teng broke the news millet new flagship: is expected to dominate the list DXO
Have a deductible DXO! Exposure millet 12 Ultra has been scheduled: confirm with Samsung version of Xiaolong 8
Replacing Android Light Mi 11 Ultra! Xiaomi super cup exposed
The image flagship is stable! Xiaomi Mi 12 Ultra renderings are out: The Oreo lens is too domineering
Xiaomi 12 Ultra concept rendering exposure: The recognition is absolutely
Lei Jun once said that he would not send the test: DXO announced the active evaluation of Xiaomi 12s Ultra
Hot news this week
China has found 35 known cases of the new zoonotic virus Langya
Losses in a single quarter of $ 23.4 billion a record, SoftBank did not carry the plunge of technology stocks and the devaluation of the yen
The prevention and control of the American Monkey epidemic has failed. What should I pay attention to?
Is the micro -business headache? WeChat friends are suspected to have a big move: 7 can only be posted a week
Kuaishou launched a self-developed cloud intelligent video processing chip: The chip has been streamed successfully
The new product of Xiaomi MIX is coming: both internal and external dual -screen has been upgraded to make up for the previous generation.
A new zoonotic virus, Langya, found in China has not yet been confirmed to be transmitted from person to person
Ministry of Public Security: Single telecommunications network fraud continues to cause 40 % of all electrical fraud cases
Special price "kill ripe"? Bike-sharing platforms have different prices for the same package for different users
A tech company in Shanghai has been fined 220,000 yuan for swiping orders to improve its ranking on Yelp
The most popular news this week
Yuyuki Kobayashi joins NetEase game! He worked on Devil May Cry 4 and Resident Evil 4.
Cyber violence governance needs the concerted efforts of all sectors of society
WeChat releases a new specification for the public account avatar setting, and the official news reminder is prohibited
After the U.S. chip bill takes effect, the manufacturer's snatching subsidy war is even more intense
Thousands of flights in the United States are delayed or canceled: User collapse extreme weather is frequent
Off the shelves one after another! The Sogou search App followed in the footsteps of Sogou Map
Xiaomi MIX flagship top with price reduction: consistent with the price of 12S Ultra
Semiconductor industry burst! Us Orders' Mother of All Chips' banned
Tesla suddenly accelerated out of control into a wall tragic: the owner of the right pedal and drive assistance
Lei Jun was splashed with cold water