QQ music 11.0.5 version is & ldquo; Le Xin & Rdquo; and & ldquo; sound effect & rdquo; two functions have been updated, The fun is in the update, will support one key to listen, allowing users to listen to songs with friends.

The sound function feature provides the member users with a new video sound and sound, bringing an immersive music experience for shifters.

In addition, this update also fixes the problem that appears in previous versions and optimizes the user's experience.

It is reported that on November 24 this year, Tencent announced the continuous upgrade of the APP's measures to protect users' rights and interests, and cooperated with the regulatory authorities for normal compliance testing.

During this time, Tencent's APP will require the Ministry of Industry and Information Technology to review when carrying the shelves and updates.This makes Tencent's APP have been updated for a period of time.

QQ music acts as the first updated app during this period.Note Tencent has basically completed the modification of the content of the APP, which also indicates that other App will gradually resume updates. 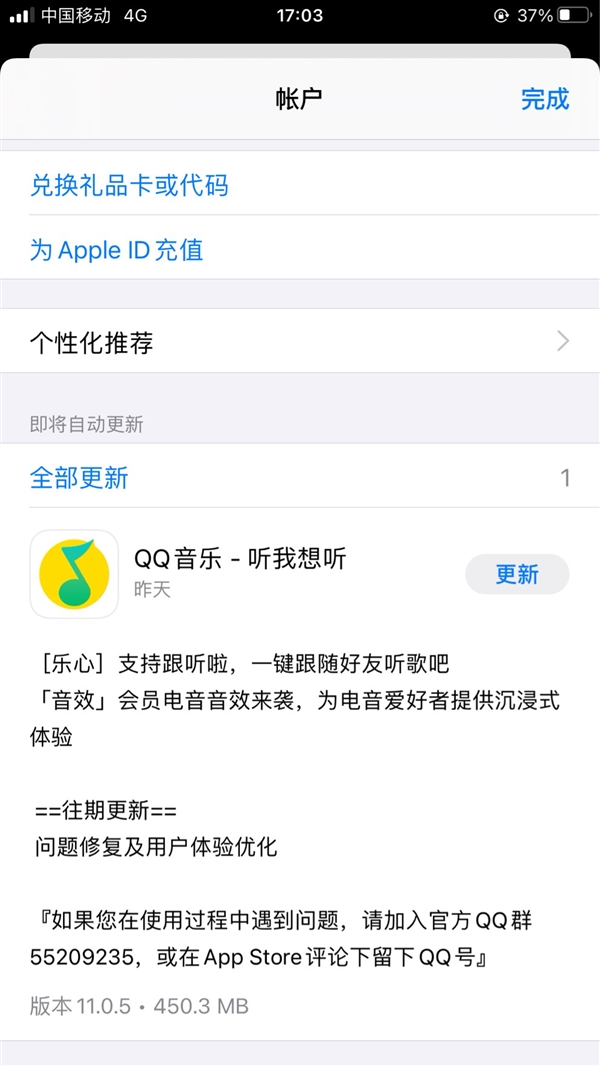