Support EPIC GAMES Microsoft: If you don't stop Apple now, you will only get more serious

IT House February 2 news, according to Apple Insider, Microsoft has submitted a briefing of the court, supporting Epic Games's appeal to Apple, and believes that "potential monopoly problem is far exceeding the game category". 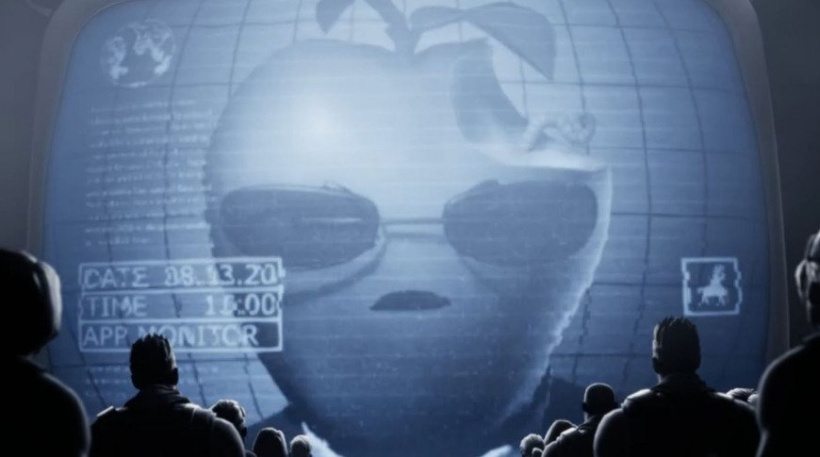 As EPIC Games continues to appeal to the 2021 conventional ruling that is mainly conducive to Apple, the parties have submitted supportive documents to the court. It is worth noting that these people include the US General Prosecutor, but now Microsoft has also joined the ranks of EPIC GAMES.

Microsoft's "Friends" documents include the following, which describes themselves "the unique and balanced views of the legal, economic and technical issues involved in this case." As a company that sells hardware and software while selling hardware and software, Microsoft said it is "interested in supporting the anti-monopoly law."

When describing the "extraordinary parallelism of the Apple" of Apple, Microsoft criticized the so-called mistakes in the judicial judges in the original instance.

Microsoft said: "Online business and interpersonal contacts are mainly conducted through iOS equipment, sometimes even main, very few companies, maybe since AT & AMP; T ..., there is no family since its phone monopoly The company has controlled the pipeline that has flowed through such huge economic activities. "

In order to support its "potential monopoly problem [,] far beyond the scope of the game, Microsoft describes this" huge economic activity range "it thinks.

Microsoft claims that if the original ruling is maintained, the result may be, it will "make Apple from valuable anti-monopoly review, and further harmful behavior." The company is further concluded that this will mean "innovation will be affected."

In addition to Microsoft's anti-monopoly problem with IE IE IE, the company also controls its Xbox game console ecosystem, which is basically the same as apple control IOS software distribution. It also intends to acquire game developers and issuance of immunity, further integrate the game industry.

Apple is expected to respond to the appeal in March this year.

Related news
Apple's "Fortress night": Tencent shares Epic Games very dissatisfied
Epic Games accused Google of monopolizing the latter, which may have a better chance than apple
Epic Games will spread to Google Australia app store
Analyst: Epic Games vs. Apple makes it harder for developers to win against Google
Apple asked the court to stay part of the injunction in the Epic Games lawsuit
Epic Games: Google set up fortnite task Force to collect protection money
Support EPIC GAMES Microsoft: If you don't stop Apple now, you will only get more serious
What is the logic behind the proposed €65 million acquisition of Next Games Netflix?
Sony, Lego parent company invested heavily in Epic Games, how did the game engine business grow?
Once again! Epic Games has filed an appeal in an antitrust case against Apple's App Store
Hot news this week
A small plane in the US has crashed into a 30-metre high voltage power line and got stuck: 80,000 people affected
Can recording others' wechat chat records be used as evidence? The Beijing Internet Court has an answer
Alibaba launched a new cross-border e-commerce platform in Spain, aiming to operate independently in the middle and high-end market
It's not just Huawei! Beidou has penetrated more than 20 industries and applied more than 15.5 million products
When pure water is used in China team to solve the problem of seawater hydrogen production: it is expected to become an original industry
A Tesla crashed into two cars in Taizhou, Zhejiang province, killing two and injuring one, police said
The appearance of Xiaomi's mini console is revealed for the first time: an all-metal body with a strong apple smell
Breaking the spell of "Android 3 year must card", the new Breguet mobile phone will be sold for the first time tomorrow: from RMB3499
Be careful with your phone for a long time! The aunt played with her mobile phone so much that her fingers got stuck
Google's Project Zero team accuses vendors of slacking after ARM GPU bug exposes Android upgrade woes
The most popular news this week
Why is the Apple Pencil 2 not supported? iFixit takes apart the iPad 10 to find out
Zte's experience proves that there is no way out of appeasement and peace can only be fought out
China's growing presence in the global high-tech sector is unacceptable to the US
Us to investigate Lapsus$hack, Microsoft, Nvidia and others were breached
From January to October this year, the number of global travel app downloads approached 2 billion, with China's Amap, Baidu Map and Railway 12306 taking the top three places
With the acquisition of Pulse, Mozilla will develop a new approach to machine learning
Did the United States achieve its goal? More than 40 suppliers went to the United States with TSMC
Microsoft may not be able to offer its Microsoft 365 service in German schools after two years of efforts failed
A record $50 million in compensation! In the final judgment of the dispute over the infringement of Minecraft by Mini-World, NetEase won the lawsuit
Manufacturers like Samsung and Xiaomi have been affected. Google has revealed a dangerous flaw that threatens millions of Android devices