IT House Reported on March 13 that a group of British network operators have formally urged the UK Competition and Markets Authority (CMA) to regulate iCloud Private Relay, claiming that Apple's privacy services are anti-competitive, may be detrimental to users, and pose a threat to national security.

In response to the CMA's interim report on the mobile ecosystem, Mobile UK, an industry association for UK mobile network operators (including EE, Virgin Media O2, Three and Vodafone), raised concerns that iCloud Private Relay could have a negative impact on user experience, internet security and competition. 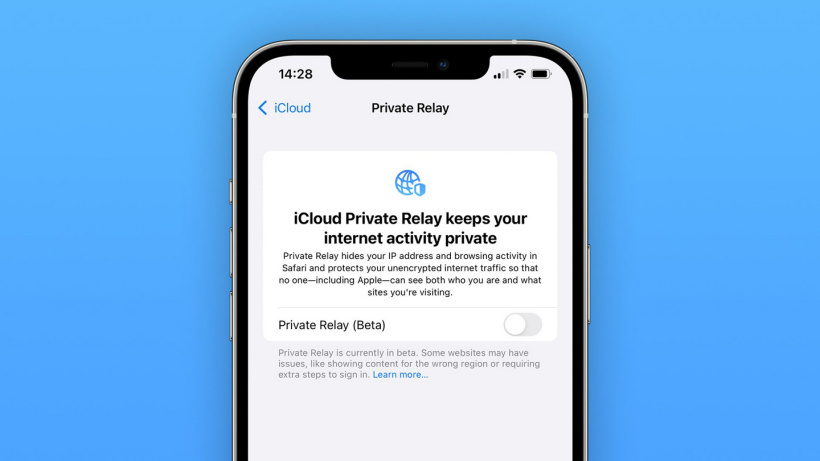 iCloud Private Relay is a new service introduced by Apple in iOS 15, and when enabled, the user's real IP address will not be displayed to third-party servers, and the service provider will not be able to track the user's information on the network.

IT House understands that Mobile UK said that Private Relay will direct users to more Apple services, allowing users to access the Internet in the way Apple plans.

In addition, UK network operators say Private Relay is suspected of breaching "content filtering, malware, anti-fraud and phishing protections provided by network providers". Mobile UK also claimed that Private Relay posed a threat to national security because it "undermined the insight of government investigations and had an impact on law enforcement".

Mobile UK urged the CMA to implement remedies to "restrict the use of Private Relay" or prevent Apple from making Private Relay the default service. The complaint points out that Private Relay is currently turned off by default, but a large proportion of Apple users in the UK have already opted to turn it on.

Related news
Apple Shows Game Ambition Apple Arcade spent more than $500 million
471,000 US dollars, Apple I, Apple's first-generation computer, is bidding high prices again
Hot news this week
China has found 35 known cases of the new zoonotic virus Langya
Losses in a single quarter of $ 23.4 billion a record, SoftBank did not carry the plunge of technology stocks and the devaluation of the yen
The prevention and control of the American Monkey epidemic has failed. What should I pay attention to?
Is the micro -business headache? WeChat friends are suspected to have a big move: 7 can only be posted a week
Kuaishou launched a self-developed cloud intelligent video processing chip: The chip has been streamed successfully
The new product of Xiaomi MIX is coming: both internal and external dual -screen has been upgraded to make up for the previous generation.
A new zoonotic virus, Langya, found in China has not yet been confirmed to be transmitted from person to person
Ministry of Public Security: Single telecommunications network fraud continues to cause 40 % of all electrical fraud cases
Special price "kill ripe"? Bike-sharing platforms have different prices for the same package for different users
A tech company in Shanghai has been fined 220,000 yuan for swiping orders to improve its ranking on Yelp
The most popular news this week
Executives' stole 'chip technology to set up a company and sold it to employers for 1 billion yuan
The total sales volume of PS4 may set 117.2 million units currently ranking fourth in sales machine sales
MacOS Ventura feature page removes third-party app 'Hide My Email'
Yuyuki Kobayashi joins NetEase game! He worked on Devil May Cry 4 and Resident Evil 4.
Cyber violence governance needs the concerted efforts of all sectors of society
WeChat releases a new specification for the public account avatar setting, and the official news reminder is prohibited
After the U.S. chip bill takes effect, the manufacturer's snatching subsidy war is even more intense
Thousands of flights in the United States are delayed or canceled: User collapse extreme weather is frequent
Off the shelves one after another! The Sogou search App followed in the footsteps of Sogou Map
Xiaomi MIX flagship top with price reduction: consistent with the price of 12S Ultra