Buying Arm is a pipe dream

A $40 billion semiconductor-industry deal that would have allowed Nvidia, a graphics processor giant, to take control of Arm, a UK-based chip-design giant, collapsed in February because of antitrust access.

A few months later, there were signs that a consortium of strategic investors was being formed, including SK Hynix, the South Korean memory chipmaker. The consortium is seeking to salvage what is believed to be the biggest deal in the history of the global chip industry.

All eyes are on whether the consortium can assuage regulatory concerns and commit to spending as much as Nvidia has proposed, while finding Arm financially attractive.

Experts say this could be a pipe dream amid an intensifying global arms race for semiconductor chips.

As chips become scarcer, the world is looking to them as strategic national assets. This is especially true for companies like Arm, which designs most of the world's processors for smartphones, self-driving cars and Internet-of-things devices, among others.

That analysis led Britain's competition authority to review the Arm deal in November, citing competition and national security concerns. The FEDERAL Trade Commission has also filed a complaint against Nvidia's acquisition of Arm. The scrutiny is similar to the "significant regulatory challenges that prevented the closing of the transaction" between SoftBank and Nvidia, as described in a joint statement about the deal's termination in February.

With the tug of war between the world's superpowers showing few signs of abating, especially after the apparent war between Russia and Ukraine, a potential consortium is unlikely to be a game changer for Arm deals, experts say.

"Nvidia was talking about not just monopoly issues, but national security issues. For consortiums, I don't think much has changed, "said Cameron Johnson, head of Asia-Pacific strategy at consultancy FAO Global.

This comes as the US, China and Europe each bid to increase chip production, encourage chip-related research or pass new legislation providing tax breaks for chip supply chain companies. In South Korea, the incoming government of Yoon Seok-ryol is preparing plans to provide more government subsidies for chip plant expansion, simplify the regulatory process for chip-related investments and step up the recruitment of chip experts.

Given this, any consortium would inevitably face opposition from those excluded from buying Arm. The acquisition of Arm requires regulatory approval in the US, UK, EU and China.

"If you look at the names on the consortium, there are no Chinese names," Mr. Johnson said. "It's still very challenging to get any approvals." 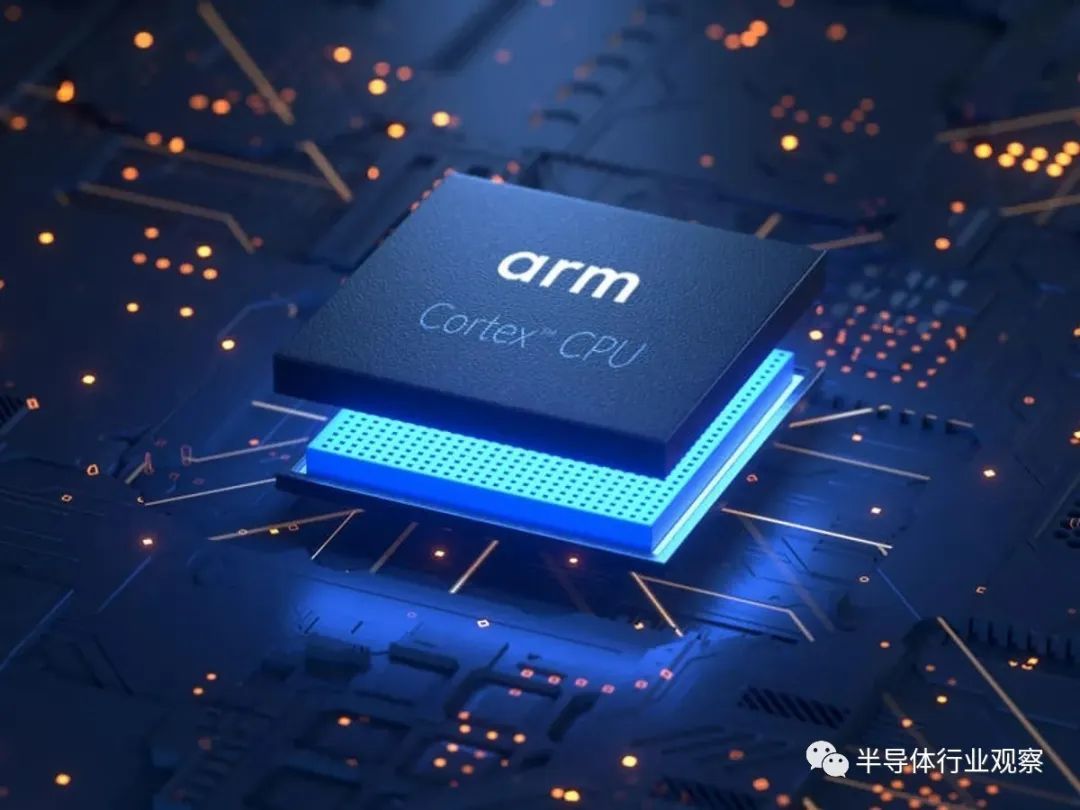 Another concern raised by opponents of the Nvidia - SoftBank talks is that if one party controls Arm, its customers could be subjected to discriminatory treatment - such as modifying its competitors' product support, licensing fees and research and development levels.

This will be a regulatory challenge for the alliance to overcome, but overcoming it will not be enough to solve the problem. Market watchers wonder whether the new investment group will find Arm financially attractive in its expensive bets, while allowing it to treat its rivals as equals.

Ideally, the consortium should give all OF Arm's customers -- both inside and outside the consortium -- equal access to Arm's chip-related intellectual property, while providing a ready-made financial commitment to Arm's technological innovation.

Nvidia has tried to calm concerns by promising an open licensing program for Arm's intellectual property, expanding its r&d and product roadmap, promoting interoperability and protecting any confidential customer information. A proposal for a partnership related to Nvidia's data center business has also been submitted to Arm.

Arm has also been asked to catch up with rival chip architectures, such as Intel and AMD's x86, with more intensive research and development spending. Arm's latest UK regulatory filing shows its r&d spending for the fiscal year ending March 2021 reached $886.2 million, up 24 percent from the same period last year.

Wang Yang, a senior analyst at CounterpointResearch, said: "Arm needs a lot of financial resources to continue to innovate, but investors may not get full benefits from these investments as competitors have equal access to new technologies."

In addition, the price tag of the company itself is getting bigger. SoftBank hopes to list Arm shares in New York by March 2023 at a reported valuation of at least $60 billion, 50 percent higher than its proposal to Nvidia.

SoftBank, which has wholly owned Arm in $31 billion of deals since 2016, appears to favor an INITIAL public offering -- a way to profit from its investment and bypass antitrust hurdles.

"An IPO is the most logical way to ease regulatory concerns. A consortium takeover is still possible, but the deal needs to resolve significant hurdles, "Yang noted.

In contrast to the Nvidia case, observers are also watching to see if dealmakers in the consortium will do anything.

Some of these deals have proved profitable. SK Hynix is one of the top three memory chip companies along with Samsung Electronics and Micron. SK Also wants to raise the valuation of SK Shieldus to won3.5tn ($2.9bn) after it bought 100 per cent of the company's equity and debt together with financial investors including Macquarie for nearly Won3tn.

Park also owns the Solidigm deal, one of the world's few chip-related deals involving a Chinese regulatory green light. He also knows what consortia do, as seen in kai Xia's deal with the Bain Capital-led consortium.

Park's hints about buying Arm have reignited the prospect of Arm consortium talks, which were first proposed by Pat Gelsinger, chief executive of US chip giant Intel, in February.

Forming a consortium with global partners to buy Arm could be a way to prevent "[allowing] a single entity to take full advantage of the benefits of controlling Arm," Park told reporters immediately after the chipmaker's shareholder meeting in March. Earlier, he expressed interest in visiting the U.S. as early as April for consortium talks.

But experts say buying Arm would be a different story, given its importance to the global tech industry.

"Arm has a huge competitive influence in the tech industry and regulatory scrutiny is likely to be greater than the Kioxia deal," Yang said.

SK Hynix said in a filing with financial authorities here that it was reviewing strategic options including a co-investment by Arm, but that no decision had been made.

Related news
What about Kirin chips when ARM and Huawei stop doing business?
Softbank wants to sell arm Apple: not interested
To be acquired by NVIDIA? Arm responded: it did not comment
NVIDIA is considering buying arm? What an abacus!
How to get involved in arm acquisition and pay less license fee? Samsung denies
Intel contract manufacturing has renewed its interest in buying Arm
Buying Arm is a pipe dream
After Qualcomm, Samsung is also interested in acquiring ARM
Hot news this week
Female graduate students leave school to give birth to the hot debate is hype? The husband has set up a webcast company
How much is 4G than 5G! Huawei Mate50 network speed detailed measurement 6799 yuan to buy explosion money?
It's hard to find a machine! Huawei Mate50's first sales: oxen can not buy the price of 10,000 yuan to grab the price
Huawei City's proportion is the first! Survey: Northerners love to use folding screens more than southerners
Our global car he is a special car for China! Saic Volkswagen and FAW-Volkswagen are fighting each other
Chongqing Xiaomi Consumer Finance Co LTD has been fined 500,000 yuan for misappropriating consumer loan funds
Are they really aliens? The US Navy confirms there are multiple UFO videos: but they cannot be made public
The second phase of the main structure of Xiaomi intelligent factory is completed to see the delivery at the end of next year
In order to change the iPhone 14: Women's net red sells old phones and comes with a large number of private photos
4 million units are not enough! Huawei Mate 50 seconds sold out of the hack, the maximum price of 10,000 yuan to earn crazy
The most popular news this week
China's first pure electric convertible! Wuling Hongguang MINI EV Convertible Edition Listing: 99,900 yuan
Samsung applying for a dual -screen camera patent to support face recognition
There's a tidal wave of lying down, and ceos of big American companies are worried, saying, "Never seen anything like this."
Tesla sales response "disguised price reduction of 8000 yuan" : for the end of the quarter impulse, temporary activities
Apple iPhone 14 standard version is not good for sales, Lixun precision may face the risk of ordering orders
Billions of euros in investment, Intel Italy chip factory will be located in the Veneto region, sources said
China Mobile to develop 5G Tidal Smart Antenna: Where the crowd
Huawei Smart Screen New Products Tomorrow: Sub -looking 75 and 86 sizes of the sub -brand
Apple conscience: AppleCare+User iPhone can repair unlimited times
From January to July this year, my country's industrial software product revenue reached 121.9 billion yuan, an increase of 8.7% year-on-year