According to Apple Insider, Apple's transition from Intel to Apple Silicon was a difficult gamble, and Johny Srouji's introduction reveals the challenges, including internal debates about designing components, And the opportunities and challenges of COVID-19. 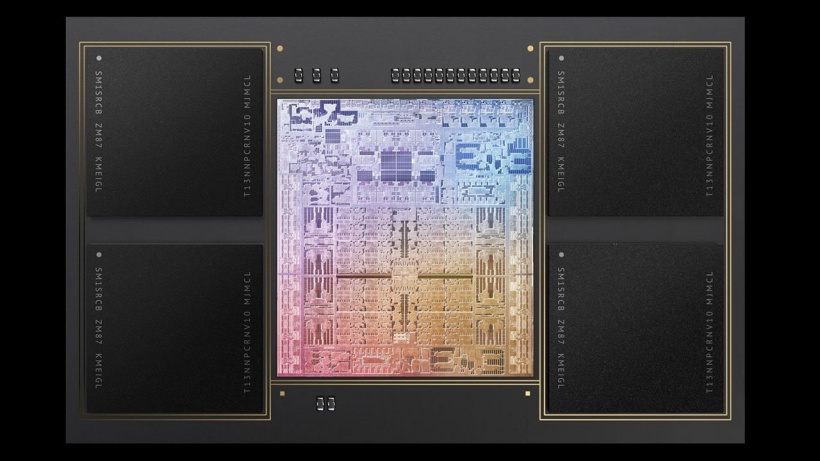 Apple's revival of its Mac and MacBook lines is largely due to the creation and implementation of its M1 chip line, with its Apple Silicon chip able to outperform its competitors. Johny Srouji, Senior vice president of Hardware technology at Apple, revealed more about the design ideas behind the creation of Apple Silicon.

Apple has built a team, including thousands of engineers, to develop the company's chips for the iPhone and iPad. Limited by a chain of work, the team's design also required deep integration with the hardware to accomplish what the designers wanted their collections to do.

However, according to the Wall Street Journal, a flash point came in 2017 when tech bloggers spoke to executives and Apple apologized for the flaws in its Pro Mac. Apple has stepped up its efforts to shift away from chipmakers after repeated complaints about poor performance using Intel chips.

Srouji confirmed that the change sparked debate inside Apple because computer makers don't tend to design such important components in-house. The move was considered risky, in part because the team had to design a chip architecture that could be used from the cheapest Mac Mini to the most expensive Mac Pro.

"First of all, if we do this, can we offer a better product?" Srouji said of the debate, "That's the first question. It's not about chips. Apple is not a chip company."

The team then had to determine if it could deliver the chips, while increasing their numbers to accommodate other projects and technological changes. "I don't do it once and call it a day," Srouji adds. "It takes years and years. It was a tremendous effort."

This process led Apple to extend its chip strategy to the Mac, equipped with a scalable architecture. Srouji's team suddenly became the center of product development, and Srouji's influence grew over time, says one former engineer.

The COVID-19 pandemic became a potential problem for Apple Silicon's development, with remote work tasks affecting chip verification before production began. Instead of the usual process of having engineers look at chips through microscopes in facilities, Srouji helped implement a process that used cameras to perform inspections remotely.

Rapid deployment was necessary to avoid any production delays, but because of the size and distribution of the Srouji team, deployment became fast. The team is all over the world and is very familiar with working across time zones via video calls.

"What I've learned in life: You think about all the things you can control, and then you have to be flexible and adaptable enough to replan when things don't go as planned," Srouji said in an interview. "COVID-19, for example, is one of them."

Apple is currently preparing to hold its WWDC22 event in June, which will see the company introduce its strategy for the next generation of Apple Silicon chips. Apple is rumored to be working on introducing the M2 chip in newer MacBook Air and MacBook Pro models later in 2022, which apple could reveal at its Developer conference.

Related news
[Live Video] Apple silicon MAC special event: coming back
The apple silicon MAC comes with lightning 3 / USB4 instead of the latest thunderbolt 4
Apple's self-developed MAC chip M1 details: performance and energy efficiency doubled, far better than Intel processor
Detailed evaluation of Apple silicon M1 MacBook Air
Apple M1 performance reviews out power and speed x86 competitors
Ifixit disassembles Apple silicon MacBook to reveal M1 custom chip
Apple M1 chip: more than 1.1 million points, breaking the record
The document confirms that the power consumption of M1 MAC Mimi is only 1 / 3 of that of Intel chip version
Nail launched the native adaptation Apple Silicon's Beta version: Support Apple M1 series chip Mac
Apple's risky chip strategy from Intel to Apple Silicon has made the M1 Mac a success
Hot news this week
China has found 35 known cases of the new zoonotic virus Langya
Losses in a single quarter of $ 23.4 billion a record, SoftBank did not carry the plunge of technology stocks and the devaluation of the yen
The prevention and control of the American Monkey epidemic has failed. What should I pay attention to?
Is the micro -business headache? WeChat friends are suspected to have a big move: 7 can only be posted a week
Kuaishou launched a self-developed cloud intelligent video processing chip: The chip has been streamed successfully
The new product of Xiaomi MIX is coming: both internal and external dual -screen has been upgraded to make up for the previous generation.
A new zoonotic virus, Langya, found in China has not yet been confirmed to be transmitted from person to person
Ministry of Public Security: Single telecommunications network fraud continues to cause 40 % of all electrical fraud cases
Special price "kill ripe"? Bike-sharing platforms have different prices for the same package for different users
A tech company in Shanghai has been fined 220,000 yuan for swiping orders to improve its ranking on Yelp
The most popular news this week
After the U.S. chip bill takes effect, the manufacturer's snatching subsidy war is even more intense
Thousands of flights in the United States are delayed or canceled: User collapse extreme weather is frequent
Off the shelves one after another! The Sogou search App followed in the footsteps of Sogou Map
Xiaomi MIX flagship top with price reduction: consistent with the price of 12S Ultra
Semiconductor industry burst! Us Orders' Mother of All Chips' banned
Tesla suddenly accelerated out of control into a wall tragic: the owner of the right pedal and drive assistance
Lei Jun was splashed with cold water
Bubble Mart and shells increased by more than 5%.
Bridgewater closes out Alibaba in Q2? People familiar with the matter: sell Hong Kong holdings
Huawei Mate 50 series is ready to start: at least three flagships all standard in Qualcomm U