It is said that nearly 3,000 semi -active apps will be removed by the Apple App Store

IT House News on April 27th, a new estimation of the Application intelligence company Sensor Tower shows that in the recent cleansing that aims to clear the application that is no longer updated by its developers, 3,000 or more active applications, It may be removed from the App Store. 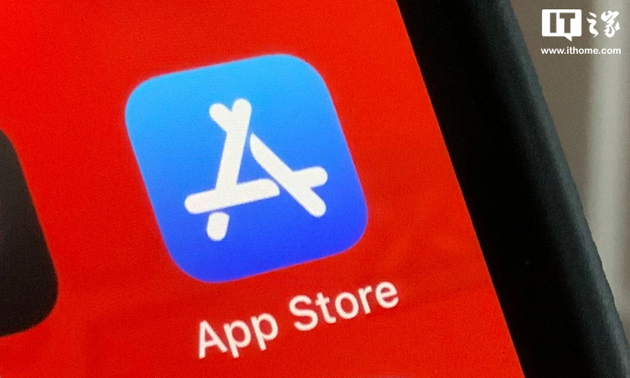 It is reported this weekend that Apple is cleaning up its application store, mainly cleaning for a long time without updating applications. Google also announced earlier that its PLAY store will begin to stop the download of expired applications.

IT House learned that in the past few days, some iOS developers said in social media that they received a notice from Apple. If they did not submit updates, their old applications would be removed from the App Store within 30 days.

After Sensor Tower analyzed at least 10,000 installations in 2022, it was found that about 2966 applications and games may face off the shelves in the latest cleaning of Apple because their last update was before or during 2018. However, according to the rumored developers reported, some people said that their applications have been updated recently, but they still receive Apple's warning notification. This shows that the real number of affected applications may be more.

Apple only informs them in the communication with developers. If their applications are "not updated for a long time", they will be removed from the shelves, but Apple does not point out how long it will not be updated. Essence

Under normal circumstances, the cleanup of these app stores is based on the needs of consumers. However, the complaints of the affected developers show that they believe that their applications are a completed project that may not be updated, similar to a piece of art. They believe that some cleaned applications and games are still available and can be played.

A developer Semen Gjermundsen complained on Twitter that his children's game application Motivoto was removed, but the application was still "completely available" and said that the policy was "an unfair obstacle to independent developers." Motivoto's last update was March 2019, more than three years ago.

In Apple's "Application Store Examination Guide" (section 2.5.1), the company told developers that the application must use only public APIs, and developers must maintain the "latest state of the application". More specifically, the guide indicates that developers "ensure that you gradually eliminate any abandoned functions, frameworks, or technologies. These functions, frameworks, or technologies will not be supported in the future operating system version."

Related news
Apple Watch or will push the App Store native app
Apple releases new Apple store rules or affects Google and Microsoft streaming Game services
The former head of the app store alleges that Apple arcade contradicts its own policies
Apple App Store review guidelines revised to relax rules prohibiting the use of external billing systems
It is said that nearly 3,000 semi -active apps will be removed by the Apple App Store
Hot news this week
China has found 35 known cases of the new zoonotic virus Langya
Losses in a single quarter of $ 23.4 billion a record, SoftBank did not carry the plunge of technology stocks and the devaluation of the yen
The prevention and control of the American Monkey epidemic has failed. What should I pay attention to?
Is the micro -business headache? WeChat friends are suspected to have a big move: 7 can only be posted a week
Kuaishou launched a self-developed cloud intelligent video processing chip: The chip has been streamed successfully
The new product of Xiaomi MIX is coming: both internal and external dual -screen has been upgraded to make up for the previous generation.
A new zoonotic virus, Langya, found in China has not yet been confirmed to be transmitted from person to person
Ministry of Public Security: Single telecommunications network fraud continues to cause 40 % of all electrical fraud cases
Special price "kill ripe"? Bike-sharing platforms have different prices for the same package for different users
A tech company in Shanghai has been fined 220,000 yuan for swiping orders to improve its ranking on Yelp
The most popular news this week
Yuyuki Kobayashi joins NetEase game! He worked on Devil May Cry 4 and Resident Evil 4.
Cyber violence governance needs the concerted efforts of all sectors of society
WeChat releases a new specification for the public account avatar setting, and the official news reminder is prohibited
After the U.S. chip bill takes effect, the manufacturer's snatching subsidy war is even more intense
Thousands of flights in the United States are delayed or canceled: User collapse extreme weather is frequent
Off the shelves one after another! The Sogou search App followed in the footsteps of Sogou Map
Xiaomi MIX flagship top with price reduction: consistent with the price of 12S Ultra
Semiconductor industry burst! Us Orders' Mother of All Chips' banned
Tesla suddenly accelerated out of control into a wall tragic: the owner of the right pedal and drive assistance
Lei Jun was splashed with cold water