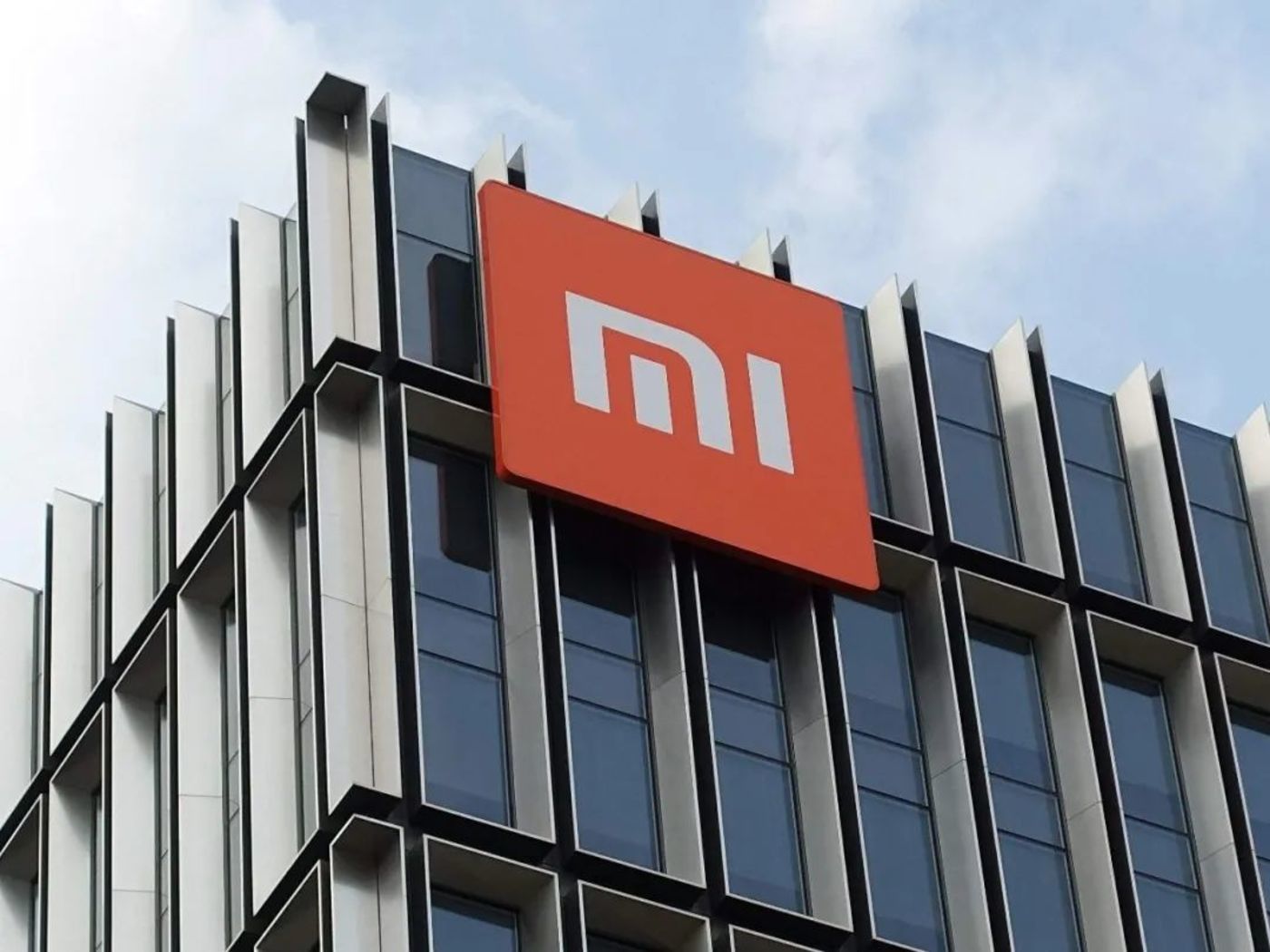 The reason why Xiaomi's profit performance has dropped sharply is mainly for two reasons.

"In the first quarter, the epidemic in Hong Kong and Shanghai caused many of Xiaomi's offline stores to be shut down. At the same time, the epidemic has also had an impact on users' consumption desire and logistics and transportation, resulting in a decline in Xiaomi's smartphone sales. Wang Xiang, partner and president of Xiaomi Group, said at the earnings report that the external factors affecting the first quarter will improve in the second quarter, and there is still uncertainty, and Xiaomi will remain observant. However, there will be significant improvements on the supply side, and Xiaomi will maintain close communication with partners at any time.

The mobile phone business is declining, and the crisis of Chinese stocks has affected investment

In the first quarter of 2022, Xiaomi sold more than 20% fewer mobile phones than the same period last year.

Xiaomi explained in its earnings report that the continuous shortage of core components supply, the recurrence of the new crown epidemic and the global macroeconomic environment have had a greater impact on the demand and supply of the overall smartphone market. According to Canalys data, in the first quarter of 2022, the shipments of the Chinese mainland smartphone market fell by 18.2% year-on-year, and Xiaomi's smartphone shipments in the mainland market fell to fifth place, with a market share of 13.9%.

On the earnings call, Wang Xiang, partner president of Xiaomi Group, said that Xiaomi's mid-to-high-end smart phones accounted for more than 50% of shipments in Chinese mainland offline channels. The epidemic has had an impact on Xiaomi's production, sales, logistics, and offline stores, and Xiaomi's costs and expenses have increased. At the same time, the shortage of low-end chips in the first quarter was very serious, which also affected mobile phone sales to a certain extent.

However, the good online channels and high-end strategy have partially alleviated the decline of Xiaomi's mobile phone business.

At the same time, according to Canalys data, Xiaomi's high-end smartphones priced at RMB 3,000 or more and overseas prices of 300 euros or more Chinese mainland have nearly 4 million units shipped worldwide, and ASP (average selling price of smartphones) increased by 14.1% year-on-year. According to third-party data, in the first quarter of 2022, Xiaomi ranked first among Android smartphone manufacturers in the smartphone market share of the Chinese mainland price range of 4,000 yuan to 6,000 yuan.

It is worth noting that in addition to the decline in mobile phone sales, the sluggish market performance of Chinese stocks in the first quarter is also the main reason for Xiaomi's operating performance.

Based on market capitalization during the first quarter, Kingsoft Cloud and iQiyi lost a total of about $1.298 billion.

The mobile phone industry as a whole goes back a decade

In fact, the decline in mobile phone sales is not limited to Xiaomi.

One verifiable data is that according to CINNO Research, the overall sales volume of China's smartphone market fell by more than 20% year-on-year in February. OPPO, Vivo and Xiaomi fell by 45.7%, 38.6% and 20.1% respectively year-on-year.

On May 16, the China Academy of Information and Communications Technology released a report saying that from January to March, the overall shipment of mobile phones in the domestic market was 69.346 million units, down 29.2% year-on-year. Smartphones, which accounted for about 98% of mobile phone shipments in the same period, also recorded a basically consistent decline.

The market generally believes that the reason for this phenomenon is mainly due to the overall macro environment and the impact of the epidemic, resulting in the overall consumer sentiment of the current smartphone market. Data from the National Bureau of Statistics also show that the total retail sales of consumer goods in April fell by 11.1% year-on-year and 0.69% month-on-month, of which retail sales of goods fell by 9.7% year-on-year.

As a result, mobile phone manufacturers have begun to cut orders to the upstream supply chain. Guo Mingxi, an apple analyst at Tianfeng Securities, revealed, "At present, from high-end to low-end brands are cutting orders, and the mobile phone industry is undergoing structural adjustments." "The 2022 shipment plans of China's major Android mobile phone brands have so far cut about 170 million orders (accounting for 20% of the original shipment plan in 2022).

It is conceivable that if the external uncertainties cannot be significantly improved in the second quarter, Xiaomi, including the mobile phone industry as a whole, will further enter a longer downward cycle.

Related news
China hard disk mine disaster, experts say hard disk prices will continue to rise
Glory high-tech products help team China's national team set out to show China's business card to the world
Xiaomi: Yang Qian became the spokesperson of Xiaomi Civi
China Cracks Down on Cosmetic Medicine Advertising
China's New Energy Vehicle Sales in June Expected to Set New High over Fiscal Stimulus
China’s First Desktop Operating System Developer Platform openKylin Launched
Tesla's Chinese Rivals See Record Monthly Delivery on Further Recovery from Covid
Tesla China First Shatters Delivery Record in Six Months amid Covid's Fading
Hot news this week
China has found 35 known cases of the new zoonotic virus Langya
Losses in a single quarter of $ 23.4 billion a record, SoftBank did not carry the plunge of technology stocks and the devaluation of the yen
The prevention and control of the American Monkey epidemic has failed. What should I pay attention to?
Is the micro -business headache? WeChat friends are suspected to have a big move: 7 can only be posted a week
Kuaishou launched a self-developed cloud intelligent video processing chip: The chip has been streamed successfully
The new product of Xiaomi MIX is coming: both internal and external dual -screen has been upgraded to make up for the previous generation.
A new zoonotic virus, Langya, found in China has not yet been confirmed to be transmitted from person to person
Ministry of Public Security: Single telecommunications network fraud continues to cause 40 % of all electrical fraud cases
Special price "kill ripe"? Bike-sharing platforms have different prices for the same package for different users
A tech company in Shanghai has been fined 220,000 yuan for swiping orders to improve its ranking on Yelp
The most popular news this week
After the U.S. chip bill takes effect, the manufacturer's snatching subsidy war is even more intense
Thousands of flights in the United States are delayed or canceled: User collapse extreme weather is frequent
Off the shelves one after another! The Sogou search App followed in the footsteps of Sogou Map
Xiaomi MIX flagship top with price reduction: consistent with the price of 12S Ultra
Semiconductor industry burst! Us Orders' Mother of All Chips' banned
Tesla suddenly accelerated out of control into a wall tragic: the owner of the right pedal and drive assistance
Lei Jun was splashed with cold water
Bubble Mart and shells increased by more than 5%.
Bridgewater closes out Alibaba in Q2? People familiar with the matter: sell Hong Kong holdings
Huawei Mate 50 series is ready to start: at least three flagships all standard in Qualcomm U