On May 20th, in an online exchange activity with more than 300 domestic and foreign consumer goods enterprises,Daniel Zhang, chairman of the board of directors and chief executive officer of Alibaba Group, said that it is Alibaba's unshirkable responsibility to stand firmly with platform merchants to meet consumer needs and enhance the certainty of business operations.

During the epidemic, many business operations have been affected to varying degrees, and Alibaba as a platform feels empathy. Daniel Zhang said, "I like to say an old saying, 'try to find certainty in uncertainty', in the special period we are doing as much as we can, hoping that because of Alibaba's service, give merchants a little more certainty." In the uncertainty, look for the certainty of operation, the certainty of consumer demand, so as to organize the certainty of supply. ”

More than 300 Tmall merchants participated in the online exchange that day, and Daniel Zhang repeatedly mentioned their belief in the power of consumption in economic development. 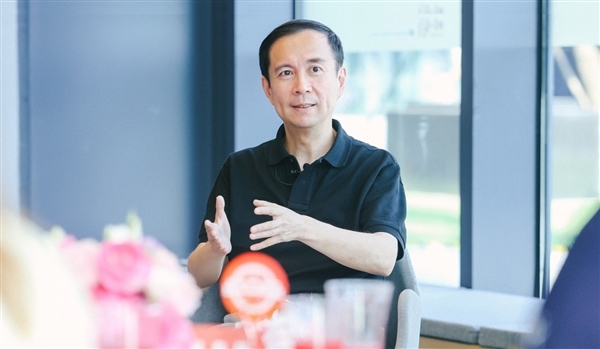 The impact of the epidemic is a variable, and consumer demand is a constant. Behind the more than 300 leading consumer goods companies, there are tens of millions of manufacturing enterprises, all links of the industrial chain, and hundreds of millions of consumers, facing challenges under the epidemic. "Alibaba has accumulated a new retail layout that integrates online and offline, and the ability to fulfill contracts near and far. During the epidemic period, whether it is to help people's livelihood and supply, or to meet more diverse consumer demand, although there are many challenges, it also allows us to have more ability to do practical things and more certain choices. ”

Consumption is one of Alibaba Group's core development strategies. “With the continuous advancement of the entire consumption strategy, Alibaba has formed a cross-business, multi-scenario business form, hoping to provide merchants with a better digital business position.", Daniel Zhang said.

During the exchange, Daniel Zhang also invited platform partners to think about social responsibility in development. Alibaba Group released the "Alibaba Carbon Neutrality Action Report" in December last year, promising to achieve carbon neutrality in its own operations no later than 2030, and creatively proposed the concept of "Scope 3+", that is, "in 15 years, with the platform to drive ecological carbon reduction by 1.5 billion tons". Daniel Zhang also announced the "Brand Carbon Reduction Consumption Action", hoping to jointly develop low-carbon products with merchants, promote green consumption, promote green logistics, and form a resonance based on green goals with merchants.

"It is not easy for all merchants in the epidemic, and we will stand firmly with all new and old partners to get through this special period together."。 Daniel Zhang said.

On April 29, Taobao Tmall launched the "NongHao Shanghai" 20 articles, providing a series of precise relief measures for Shanghai merchants. On May 13, on the eve of 618, based on the actual pain points faced by merchants under the epidemic, a total of 25 support measures were launched to all participating merchants. "We want to provide more support to our business partners. We have experienced a lot of glory together and hope to continue to explore the future with you. ”