Apple's AR/VR headset has been shown to the board, is this really coming?

Halfway through 2022, June's WWDC (Worldwide Developers Conference) is just around the corner, and the Apple AR/VR headset that many people have been waiting for for a long time seems to be really about to debut. 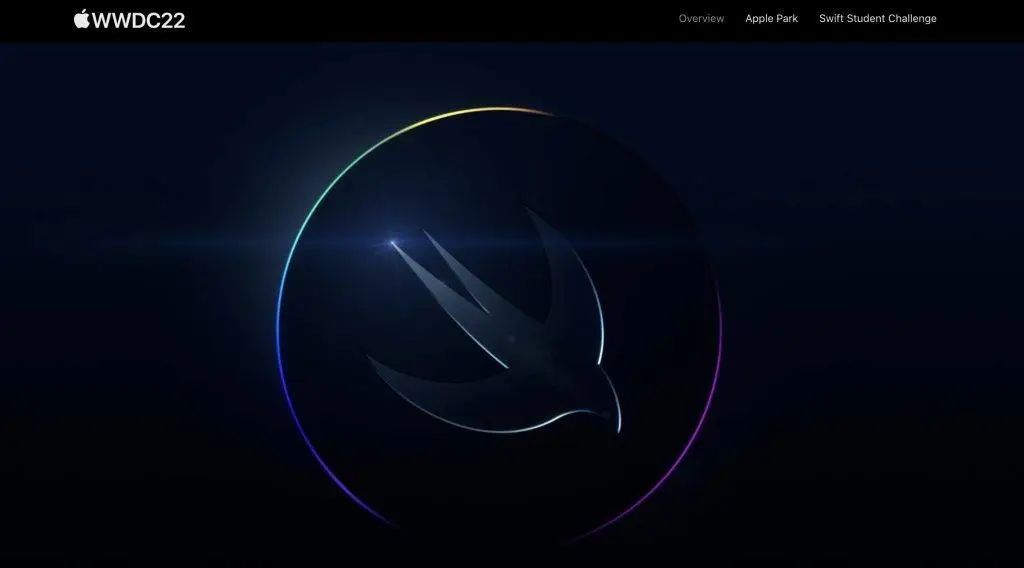 According to Bloomberg, Apple's board of directors has shown off a headset capable of supporting both augmented and virtual reality. In addition, Apple is already accelerating the development of the operating system "Reality OS" that will run on this headset. 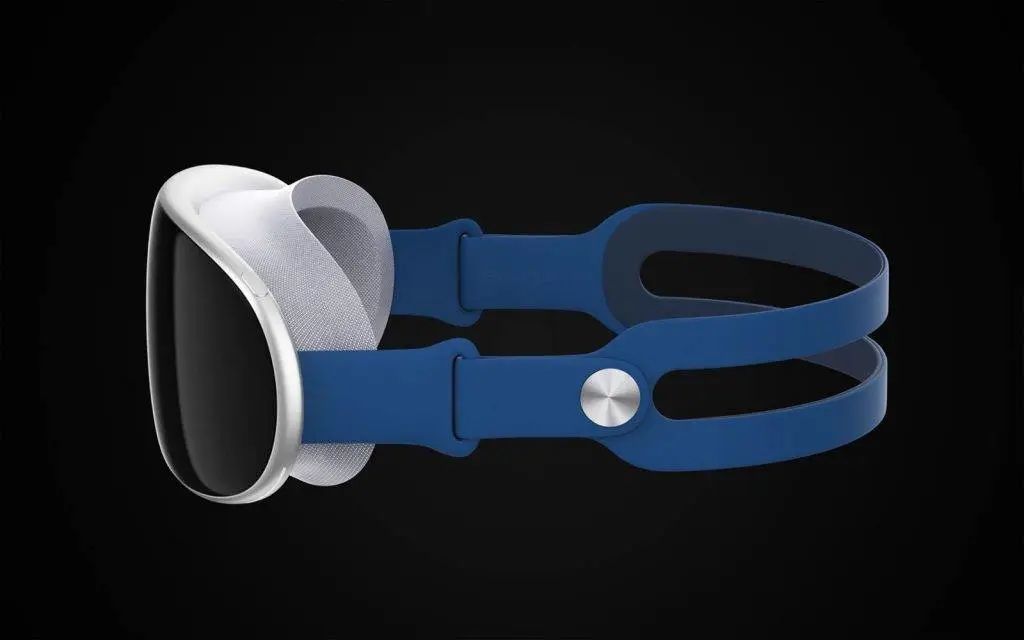 The device entity is shown, and it has also entered the accelerated development stage of the software. In March of this year, Apple's patent application information was also displayed on the Sky Eye Check, which showed that the application involved facial joints and head-mounted displays, and the increasingly clear details showed that the development of the product was gradually coming to an end. 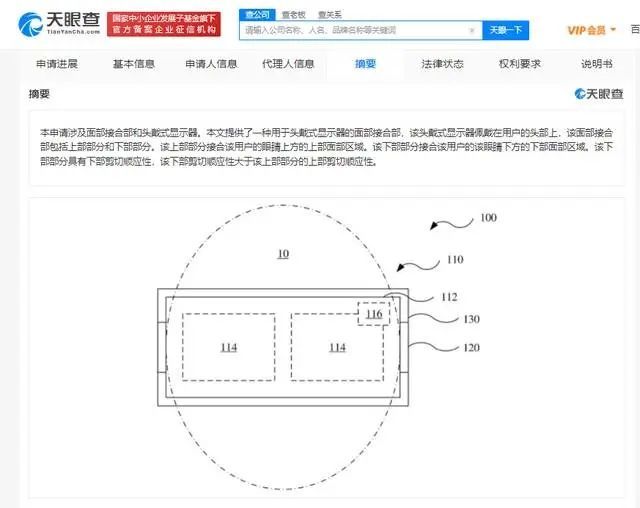 A few years ago, it was reported that Apple launched an AR/VR headset, but during this period, the product's software, camera and overheating problems have repeatedly delayed its appearance time. The expectations that people have accumulated have also gradually increased, and they are more and more curious about whether it will be the next "world-changing" product in Apple, which emphasizes both technology and design.

According to the information and renderings disclosed by many parties at present, the appearance of Apple's AR/VR headset is similar to Meta's Quest 2 headset, the display part covers the eyes and its upper and lower parts, and the overall strap similar to apple Watch is fixed to the user's head. 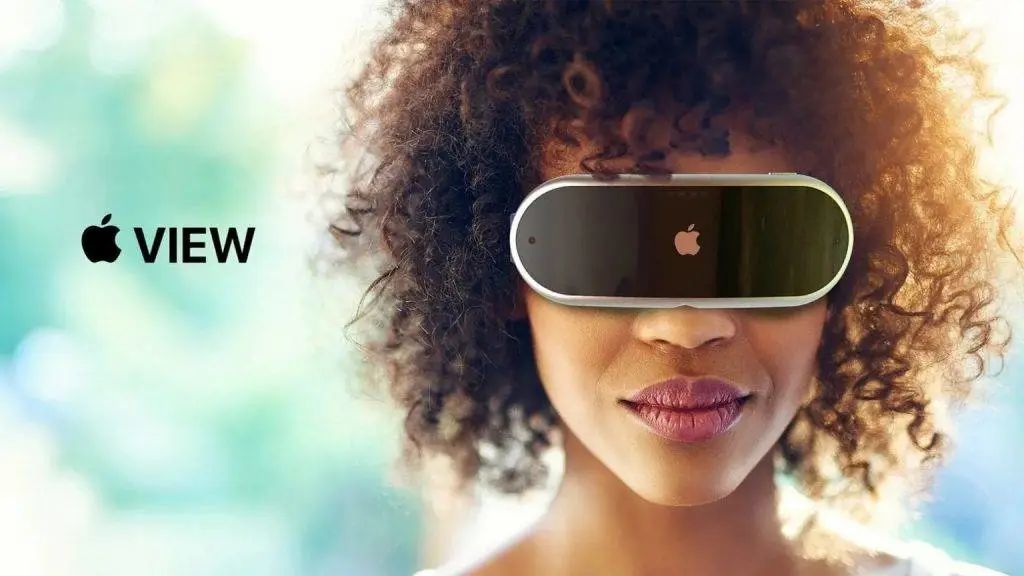 The hardware and performance section will be equipped with two 4K OLED micro-monitors, about 15 cameras responsible for picture projection, a processor with computing power equivalent to M1-class chips, a large battery to keep the device running, at least 8GB of RAM and 256GB of storage... In addition, it may have features such as eye tracking and gesture detection. 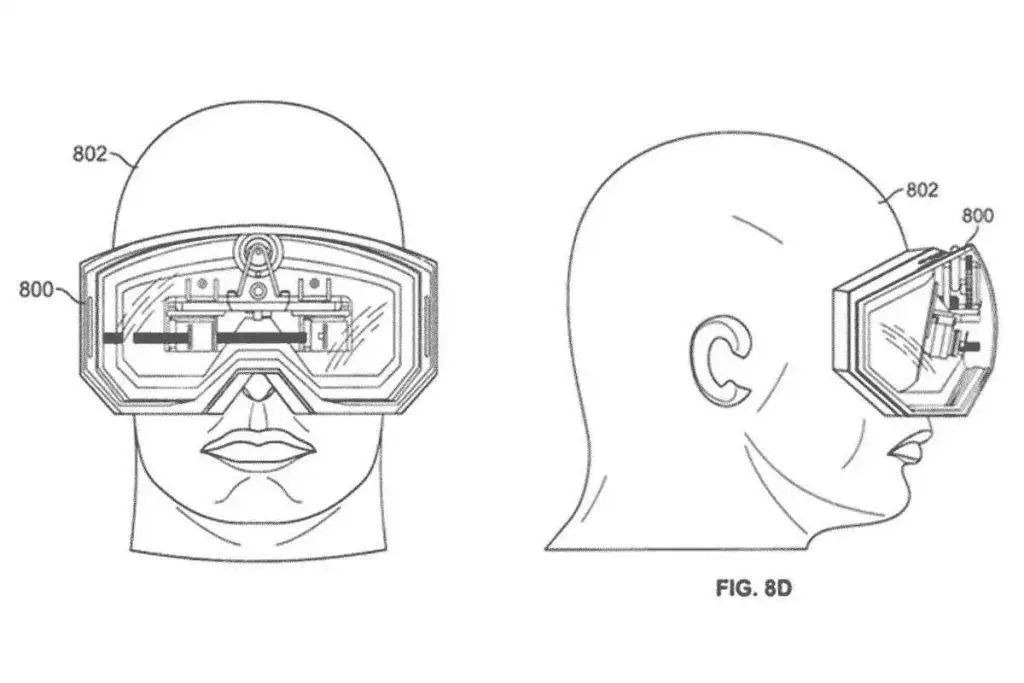 While it doesn't look lightweight overall, in order to achieve the desired functionality, this AR/VR headset must have enough space to accommodate a variety of devices. However, Tianfeng International analyst Guo Mingqi once mentioned that in order to allow users to have a better immersive experience, Apple's AR/VR headset may only weigh about 100 to 200 grams. 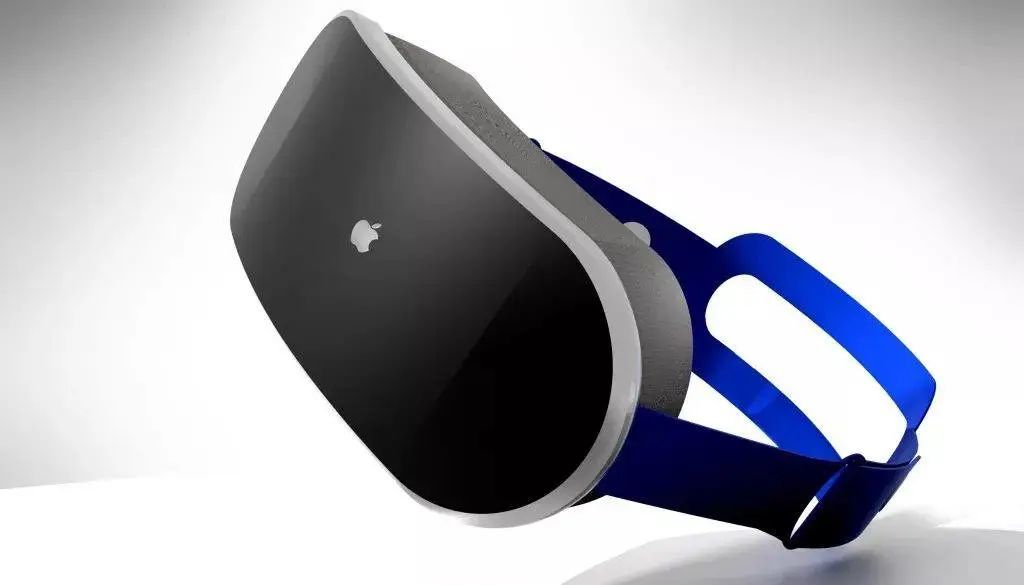 In terms of overall appearance and performance, this headset is worth looking forward to. Therefore, in the news about the price, it is believed that it should not be cheap, and it is expected to be around 2000 to 3000 US dollars.

It is worth mentioning that it is said that in addition to this AR/VR headset, Apple also intends to launch a smart glasses AR/VR device, which will pay more attention to AR functions and experiences, but a more specific release plan is still unknown. 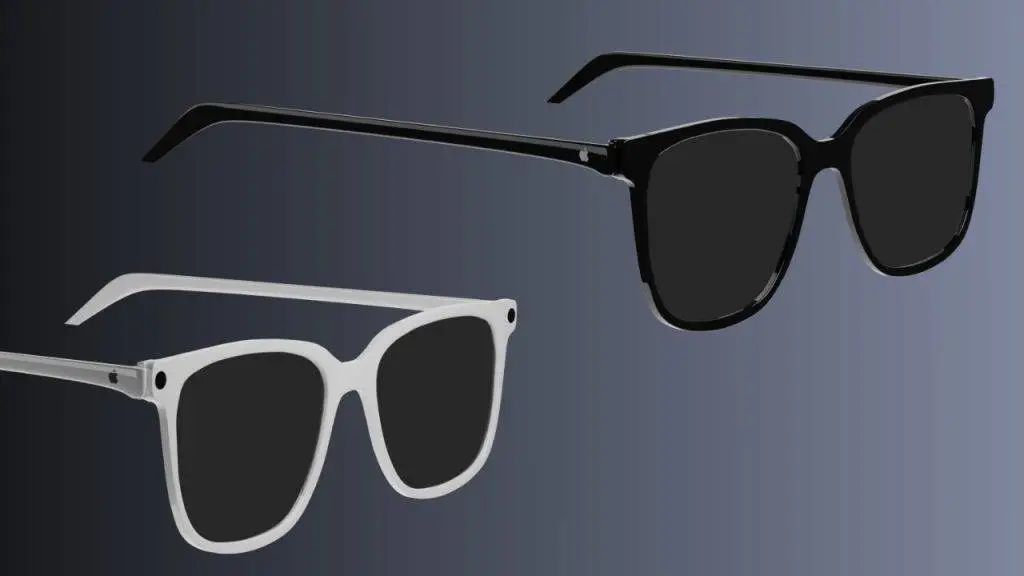 Nowadays, although Apple's AR/VR headset has entered the late stage of development, people's curiosity has become more and more intense, not only the appearance, performance, name... And its positioning in Apple's many products, will it rely on devices such as iPhones as accessories? Or do you have your own ecosystem for content transmission? 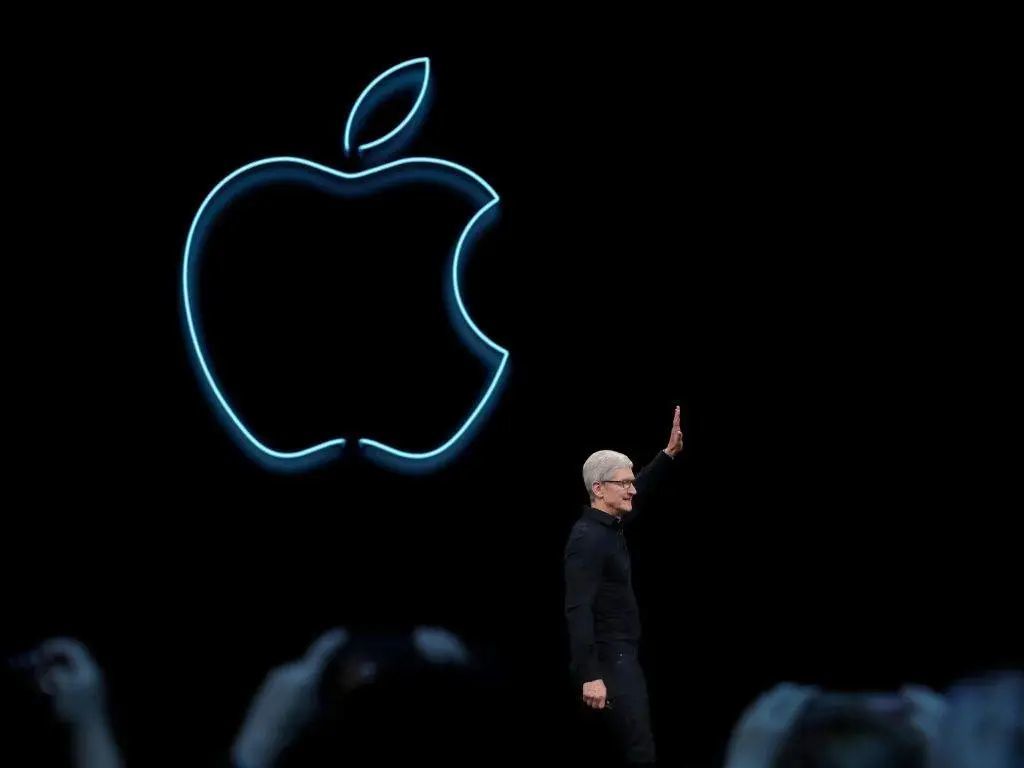 At this pace, while it's unlikely to see it at WWDC in 2022, it's not far away. After waiting and waiting, we can finally know the answers that these curiosities point to.

Related news
Apple Glass? AR apple glasses And the Jobs memorial?
will Apple Glass be the first reliable AR glasses in 2020?
Another company to enter VR hardware VR real year?
The chip is comparable to the Mac, the computing power exceeds the iPhone, and the Apple AR/VR headset is really so strong?
Apple AR / VR Headmark Display Patent Deep
Apple's AR/VR headset has been shown to the board, is this really coming?
Apple AR/VR headset or no WWDC: launch as early as 2023
Hot news this week
China has found 35 known cases of the new zoonotic virus Langya
Losses in a single quarter of $ 23.4 billion a record, SoftBank did not carry the plunge of technology stocks and the devaluation of the yen
The prevention and control of the American Monkey epidemic has failed. What should I pay attention to?
Is the micro -business headache? WeChat friends are suspected to have a big move: 7 can only be posted a week
Kuaishou launched a self-developed cloud intelligent video processing chip: The chip has been streamed successfully
The new product of Xiaomi MIX is coming: both internal and external dual -screen has been upgraded to make up for the previous generation.
A new zoonotic virus, Langya, found in China has not yet been confirmed to be transmitted from person to person
Ministry of Public Security: Single telecommunications network fraud continues to cause 40 % of all electrical fraud cases
Special price "kill ripe"? Bike-sharing platforms have different prices for the same package for different users
A tech company in Shanghai has been fined 220,000 yuan for swiping orders to improve its ranking on Yelp
The most popular news this week
After the U.S. chip bill takes effect, the manufacturer's snatching subsidy war is even more intense
Thousands of flights in the United States are delayed or canceled: User collapse extreme weather is frequent
Off the shelves one after another! The Sogou search App followed in the footsteps of Sogou Map
Xiaomi MIX flagship top with price reduction: consistent with the price of 12S Ultra
Semiconductor industry burst! Us Orders' Mother of All Chips' banned
Tesla suddenly accelerated out of control into a wall tragic: the owner of the right pedal and drive assistance
Lei Jun was splashed with cold water
Bubble Mart and shells increased by more than 5%.
Bridgewater closes out Alibaba in Q2? People familiar with the matter: sell Hong Kong holdings
Huawei Mate 50 series is ready to start: at least three flagships all standard in Qualcomm U