Sony Interactive Entertainment said that the PlayStation Plus membership upgrade campaign, which was the first to be launched in Asia, had a "technical error", resulting in players being recovered for their previous preferential quotas, otherwise they could not complete the membership upgrade.

Simply put, the more benefits players enjoy when they first purchase a PlayStation Plus membership, the higher the cost of joining the new membership system. Have toBy monthMake up the original preferential quota in full, and then we will talk about the membership upgrade. 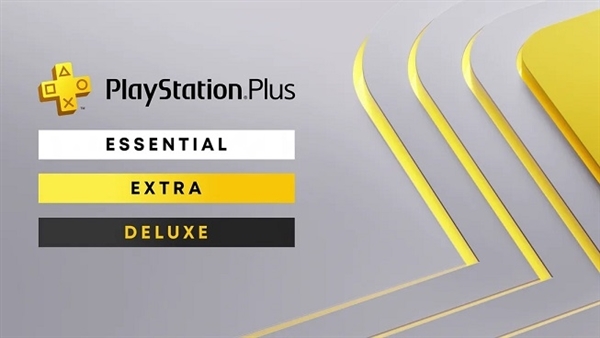 This policy has a bad impact on PS players, the deeper the Essony, the deeper the damage, many players who have recharged for several years or even several years in one breath have to make up thousands or even thousands of yuan of remorse to become a senior or premium member as desired. With Japan and North America starting to introduce the new membership system until next month, players in Asia are eager for players in other regions to spray Sony to the skin, forcing the company to retract this chilling policy.

Now, before the Omi players can save the field, the rebound in the Asian service area is enough to make Sony retreat. In addition to Hong Kong service players, there are Thai players who compare the upgrade fees before and after the policy change, confirming that the company has indeed given in (THB is Thai baht): 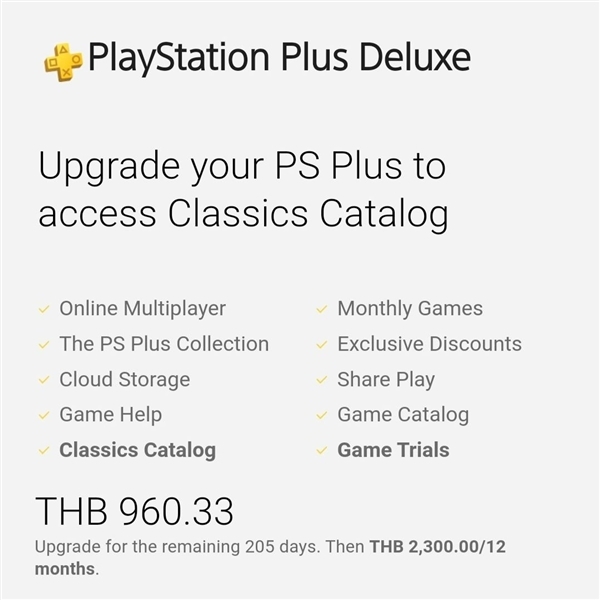 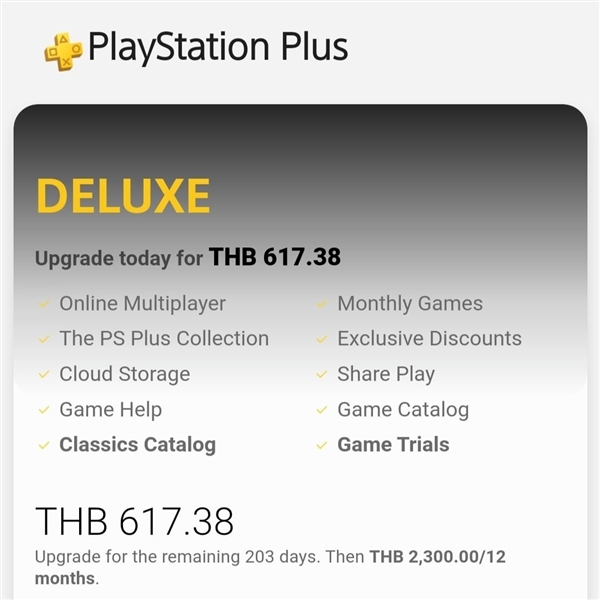 The most disgusting thing about this matter is that the player is actually not honorable at all, the company looks at you like a thief, finds out the small book to write down every offer you enjoy, not unreported, the hour has not arrived...

Can you imagine G Fat chasing the player to pay the Hi Plus One fee? Or does EGS require players to make up the cost of free games at the standard retail price or not to play?