Following the opening of the first London Store and New Zealand stores this year, Mart's offline layout in the United States also officially kicked off. 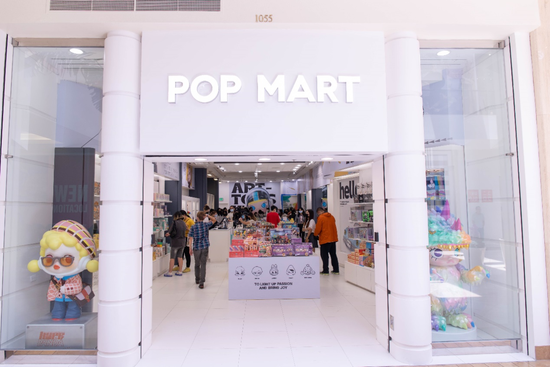 The South Coast Plaza is located on the west coast of the United States. It is the largest and third largest landmark shopping center in California. It is not only the first choice for many international first -line big names, but also a gathering place for young American groups and trend enthusiasts. The first pop -up store in the United States settled in the South Coast Square, showing that the international influence of the Bubble Mart brand is gradually expanding.

It is understood that the design style of the pop -up store uses the warm and bright theme color of Bubble Mart, giving people a brisk and stylish experience, and has a high degree of recognition. Before the opening of the pop -up store, many consumers lined up and waited for the store. During the opening period, there were a number of popular collection limited products on the spot. Skullpanda black maid handles, once it was announced, attracted the attention of many local fans; the MEGA series products also gained super popularity at the scene and sold out on the day of release. 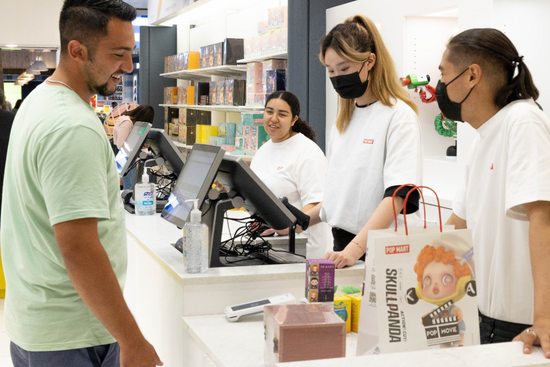 Vice President Mart and President Mart International, Venta, said, "The global toy market is the first in the United States. In the art toy industry, the American consumer market also has huge potential and influence. The global influence cannot be underestimated, and young groups respect for personalized expression. The concept of creating a trend to pass the trend to the bubble Mate is being established closely with the local young people through more diversified ways. "At present, Bubble Mart has successively deployed offline retail channels in China, Macao, South Korea, Japan, Singapore, Canada, the United States, Britain, Australia, New Zealand and other regions. deploy. 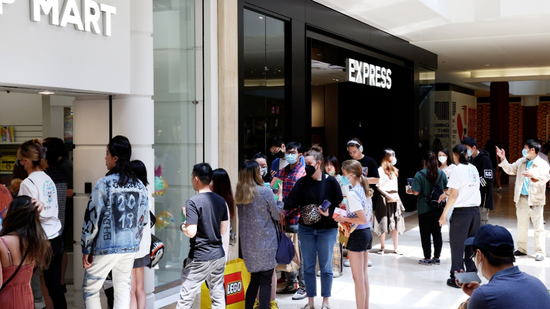 The North American market is a must for international toy giants. Bubble Mart has previously explored the possibility of exploring the implementation of localized business through offline exhibitions, cross -border e -commerce, and sales cooperation. In November 2021, Bubble Mate appeared at the DESIGNERCON trend art event in the United States, exhibiting many artists IP series products, which are very popular. Among them, DIMOO, Yuki, HIRONO and other Chinese designers created. The response is enthusiastic. In December of the same year, the Bubble Mart App "POP MART GLOBAL" officially launched the American version of & nbsp;, the main functions include the online mall and the POP MART community. Users can buy bubble Mart products directly on the application. Share and interact.

Whether it is the feedback of fans at the exhibition site or the performance of online and offline channels, it proves the potential of trendy toys in the North American market. In 2022, Bubble Mart has accelerated the expansion of the North American market and started to promote the construction of the supply chain and the omni -channel layout. In the future, North America is expected to become one of the core markets of Bubble Mart's globalization. In the art toy industry, we will lead to a wider space, while promoting China's trend culture to all parts of the world.

Related news
North Face apologizes to Wikipedia for improper promotion initiated by Brazilian distributors
@666 Join illuminati Kingdom in United Kingdom +27839387284
Strong Money Spells in United States (USA) | spiritual rats
here.@ ***
The first pop -up shop in the United States opened, Bubble Mart opened the North American expansion plan
What's the point of learning? Americans do not want to call themselves American reason to live long to see
Hot news this week
During the quarter, we signed a multi-year intellectual property patent licensing agreement with a major licensee. This positive result enables us to obtain more 5G patent licensin...
Win10 digital version will be discontinued: free whitewash is still available Microsoft has not been under the dead hand for 7 years
Microsoft posted $17.4 billion in non-GAAP net income on revenue of $52.7 billion in the second quarter of fiscal 2023
YouTube complained about: using offline return-to-work policy to illegally block contract workers from unionizing
India receives Radio Signals from Galaxies 9 billion light-years Away Astronomers: Aliens not involved
Beautiful country semiconductor ushered in the winter, US high enterprises inverted, our country market doesn't buy it!
Cybertruck skipped tickets again! Mass production of Tesla electric pickup truck will not wait until 2024.
Apple will relax measures to deal with COVID-19 's epidemic and encourage employees to go back to work
Huawei P60 Pro latest configuration chart revealed: variable aperture and satellite communications are on the list
Intel: 14 generations of Core in the second half of the year, and build a new architecture from zero next year.
The most popular news this week
The iPhone is No. 1 in China! Why do people prefer Apple to Android?
China develops starch and protein synthesis technology for corn stover: Costs drop dramatically
Technology tree point crooked? Toyota's new patent: hold the door handle can be sterilized
Eight satellites in eight hours! China rushed to Venezuela's relief efforts
Apple bet on mixed reality, but the selling point of the product is not enough.
Baidu is reported to launch an AI chat robot service similar to ChatGPT in March this year.
The most powerful SSD becomes the last song Intel retired Aoteng hard disk: 6 years of performance is still leading
Don't wait for the entry-level Tesla! Extreme Krypton 003 prototype revealed: or 160,000 starting price
Apple's car accident detection function has been misreported constantly, and the rescue department has been tortured.
To accelerate electrification, Honda China's technical research Technology and production technology companies merge