Technology giants such as Meta and Microsoft formed the Yuanshi Standard Organization: Apple is absent 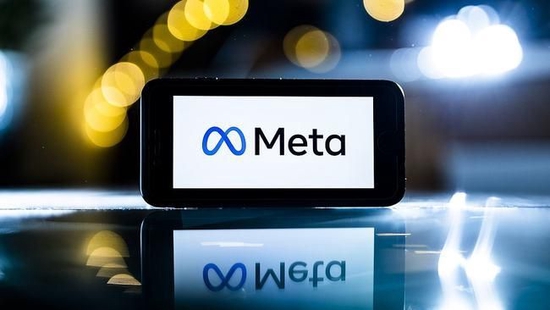 Sina Technology News On the morning of June 22, Beijing time, it is reported that it is reported that Meta, Microsoft, and other technology giants who are struggling to build the concept of the Yuan universe have just formed an organization to formulate industry standards in order to enable these companies' digital worlds to mutual each other. compatible.

This organization is called the Metaverse Standards Forum. They announced at the founding conference on Tuesday, local time that their members include many largest technology companies such as chip manufacturers to game companies, as well as existing standard formulation organizations such W3C.

It is worth noting that Apple has not participated in the organization. But analysts predict that once Apple will launch a hybrid reality heading this year or next year, it will become a leading enterprise in this field.

Game companies such as Roblox and Niantic have not participated in this forum, and emerging cryptocurrency yuan cosmic platforms such as The Sandbox and Decentraland are also absent.

Apple has not publicly acknowledged the development plan of the hybrid reality head, but it is reported that the company has demonstrated the product to its board. Apple has not commented on the newly established Yuan Universe Forum.

The launch of such devices will make Apple and Meta directly compete. The latter has bet in the growth of the future development and invests in the development of hardware to achieve the grand vision of this interconnected virtual world.

The previous name of Meta was Facebook, which was renamed because of the transformation of the Yuan universe last year. The company has disclosed the development plan codenamed CAMBRIA, and is ready to be officially launched this year.

Earlier, Apple has not participated in the formulation of network standards such as HTML5. As for the 3D content in the Yuan universe, Apple cooperates with Pixar to develop the "USDZ" file format, and cooperates with Adobe to ensure that this format is supported.

Neil Trevett, a chip manufacturer, is the chairman of the Yuan Universe Standard Forum. He stated in the statement that the organization welcomed anyone to join, including participants in the cryptocurrency industry.

The forum aims to promote communication between various standard organizations and enterprises, and hopes to introduce "real world mutual use" for the Yuan universe. But he did not mention what impact of Apple's absence on this goal.

Related news
Gu Geyun's purchase price of cornerstone technology is unknown
Google cloud has acquired cornerstone technology and the price has not been disclosed
Yuan Cosmic bonus? Meta This profit engine is popular with capital market
Yuan universe Christmas fire! Meta VR helmet into Americans favorites
Apple Watch? Meta's first smartwatch is exposed, photographed and detachable
Meta's market capitalization lagged behind NVIDIA for the first time, ranking 8th among the most valuable companies in the United States
Technology giants such as Meta and Microsoft formed the Yuanshi Standard Organization: Apple is absent
Meta may join Apple and Intel in selling corporate bonds for the first time
Hot news this week
Female graduate students leave school to give birth to the hot debate is hype? The husband has set up a webcast company
How much is 4G than 5G! Huawei Mate50 network speed detailed measurement 6799 yuan to buy explosion money?
It's hard to find a machine! Huawei Mate50's first sales: oxen can not buy the price of 10,000 yuan to grab the price
Huawei City's proportion is the first! Survey: Northerners love to use folding screens more than southerners
Our global car he is a special car for China! Saic Volkswagen and FAW-Volkswagen are fighting each other
Chongqing Xiaomi Consumer Finance Co LTD has been fined 500,000 yuan for misappropriating consumer loan funds
Are they really aliens? The US Navy confirms there are multiple UFO videos: but they cannot be made public
The second phase of the main structure of Xiaomi intelligent factory is completed to see the delivery at the end of next year
In order to change the iPhone 14: Women's net red sells old phones and comes with a large number of private photos
4 million units are not enough! Huawei Mate 50 seconds sold out of the hack, the maximum price of 10,000 yuan to earn crazy
The most popular news this week
China's first pure electric convertible! Wuling Hongguang MINI EV Convertible Edition Listing: 99,900 yuan
Samsung applying for a dual -screen camera patent to support face recognition
There's a tidal wave of lying down, and ceos of big American companies are worried, saying, "Never seen anything like this."
Tesla sales response "disguised price reduction of 8000 yuan" : for the end of the quarter impulse, temporary activities
Apple iPhone 14 standard version is not good for sales, Lixun precision may face the risk of ordering orders
Billions of euros in investment, Intel Italy chip factory will be located in the Veneto region, sources said
China Mobile to develop 5G Tidal Smart Antenna: Where the crowd
Huawei Smart Screen New Products Tomorrow: Sub -looking 75 and 86 sizes of the sub -brand
Apple conscience: AppleCare+User iPhone can repair unlimited times
From January to July this year, my country's industrial software product revenue reached 121.9 billion yuan, an increase of 8.7% year-on-year