The 560m Chinese woman who bought luxury homes has also been involved in JD.com's investments in Tuniu, Vipshop and Fafa Qi 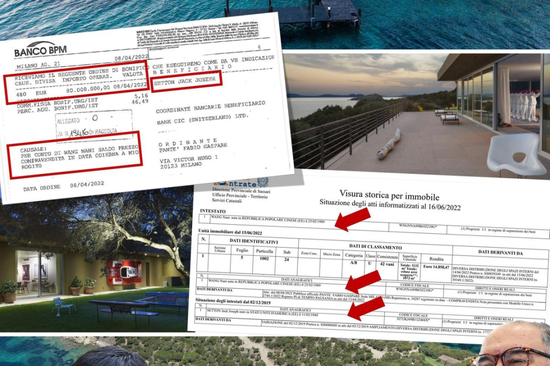 According to L 'Unione SARDA of Sardinia, Italy, on June 18, 2022, a mysterious Chinese woman has bought a super mansion in Sardinia for a one-time payment of 80 million euros, or about 564 million yuan.

According to the check information, the mysterious billionaire's name is Nani Wang. Instead of making instalments and avoiding taxes through the Cayman Islands, she wired €80m directly to the Swiss bank account of her US landlord.

The property that Ms Wang bought was once owned by British tycoon Lord Charles Crowe in the 1970s, and L 'Unione SARDA describes it as "a house in paradise". The property is too private to be accessed by pr traffic. It reportedly boasts 1,300 square metres of interior space, a helipad, a swimming pool, a cinema, three beaches and 49 rooms dotted with "the rarest and most unique" artwork.

As for the identity of the mysterious woman, L 'Unione SARDA said she was in charge of investment at JD.com and was 33 years old and born in Jiangsu Province. Nani Wang is a former board member of JD.com Health, according to the Bloomberg database, which did not provide further information.

But an SEC 13G filing on JD.com's investment in fashion and luxury e-commerce platform Farfetch lists Nani Wang as a director of Kadi Group Holdings and JD.com Investment Co LTD. Kadi is a Saudi Arabian company founded in 1938. All Kadi Group shares are held by JD Investment Co LTD, which is a wholly-owned subsidiary of JD.com, according to the filing.

It is important to note that the 13G file, also known as a beneficial Ownership report, is one of the FDA schedules. The FDA requires that any individual or group that acquires more than 5 percent of a company's stock must report it to the AGENCY within 10 days. 13G documents allow the investing public to see who the majority shareholders of a public company are and why they are interested in the company. 13G documents can be a precursor to hostile takeovers, corporate breakups and other "change of control" events.

Some netizens speculated that Nani Wang is Wang Nani. Wang is affiliated with 19 companies in China, according to enterprise Search. Two of the deregistration companies are represented by LIU Qiangdong, founder of JD.com, and Liu Qiangru, his sister. In addition, a number of companies connected to Wang nani have ties to Wu Jie. Many of the companies linked to Ms. Wu are affiliated with JD.com. According to media reports, Wu jie is liu qiangdong's cousin. 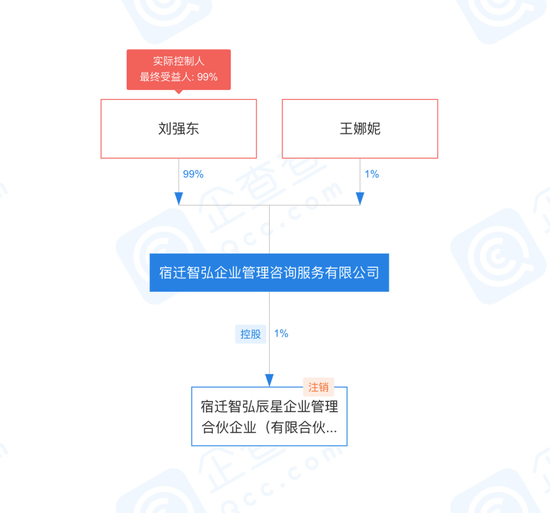 Not long ago, Mr. Liu continued to reduce his holdings in JD.com, cashing out more than 6 billion yuan.

Related news
HyperX launches Cloud FlightS game headset Support Qi wireless charging
It is reported that the iPhone 12 is not compatible with some Qi wireless chargers
The English name of Chinese liquor has been changed: Chinese Baijiu has been officially launched
JD.com,Tencent Extend Strategic Partnership on AI
Tesla's Chinese Rivals See Record Monthly Delivery on Further Recovery from Covid
Hot news this week
Too many questions! Apple has changed the timing of the official release of iOS 16 series
Monkey acne cases have ranked first in the world that the United States has announced the emergency state of public health
Tencent and Logitech cooperation of the cloud game console Revelations: equipped with Android system configuration is low
Credit card points rule intensive adjustment online transaction points more "valuable"
High reserves and low cost experts: calcium ion batteries replace lithium batteries to stand up to the daily
Alibaba executives interpret financial results: the focus of the consumer side is no longer to attract new, but to do a good job in stratified operation
Losses in a single quarter of $ 23.4 billion a record, SoftBank did not carry the plunge of technology stocks and the devaluation of the yen
The prevention and control of the American Monkey epidemic has failed. What should I pay attention to?
Sources say Samsung's Galaxy Z Fold4 is going up in price: a 512GB top unit will cost more than 13,000
Is the micro -business headache? WeChat friends are suspected to have a big move: 7 can only be posted a week
The most popular news this week
After selling Tesla for $6.9 billion, Musk said he was not selling it, but a survey said he was still selling it. The title of the world's richest man may not be guaranteed next ye...
Distributed database OceanBase announced 4.0 product release, single -machine deployment performance is super mysql
The three major indexes of the US stocks opened sharply: ROBLOX fell more than 4%, Twitter and Tesla rose more than 3%
Japan has confirmed that China has overtaken the US for the first time in the world's top three indicators of scientific papers
A wake-up call for Apple? Foxconn says it is feeling the sting of slowing demand for smartphones
Joining Chip Alliance could serve as bridge, says South Korean Foreign Minister
Joe Biden also mentioned Chiplet? An unexpected A-share buzzword in A White House briefing
Nio Li Bin responds to mobile business rumors: This should be the definition of other people's imagination to us
Amazon is pushing a feature called "swipe to pay" that scans your palm to pay in seconds
Text message color, picture quality compression! Google calls out Apple for improving cross-device messaging