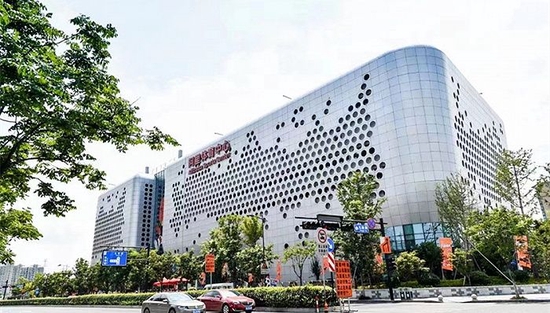 On June 24, 2022, Ali Sports officially changed its name to "Orange Lion Sports", and Mu Yang, the former CEO of Ali Sports, became the chairman and CEO of Orange Lion Sports. Later that day, Mu Yang announced the latest resolution of the shareholders' meeting through the letter of all members.

Ali Sports was founded in September 2015, and its co-founder Zhang Dazhong once proposed the goal of "sports economic foundation platform". In the seven years since its establishment, It has been relatively mature to run CUBA, Hangzhou Marathon and other events, and its layout is mainly in the field of mass sports and campus sports.

"We found that in the sports industry, no one gives you a halo just because you have the word 'Ali'," Mu told the media last year.

Previously, "Orange Lion Sport" was used in arenas operated by Ali Sports in Hangzhou, Chongqing and other cities. Ali Sports also has subsidiaries with Orange Lion sports as the main brand in Beijing, Zhejiang, Jiangsu and other places.

"The little Orange lion is an image of Ali Sports in Ali Zoo. It is a very powerful male lion. With the name change, we are more focused on the brand and have a clearer business model."

According to Quan Xin, Orange Lion Sports will rely on its Lepower platform and offline venues to expand the long-term layout of national fitness, and provide digital services to sports people and small and medium-sized enterprises engaged in sports services.

In other words, Orange Lion Sports will take "digital" national fitness as its core business. On the offline side, 30 stadiums will be in operation by the end of 2021, while on the online side, business cooperation will be launched around sports health records.

According to the latest QuestMobile data, the active users of Le Dynamics APP grew at a high rate for three consecutive months, increasing by more than 120%.

It is reported that Orange Lion sports is building a business operation model of "small chain within big chain, small headquarters within big headquarters". Including its own venues that it operates in first and second tier cities, and it's more about bringing the system to more venues. In terms of mode, the venue is actually "operated by agent" using the system.

"In the future, the ideal model would be for us to go to a second - and third-tier city and take some of the leading institutions there and support some local institutions that are capable and willing to grow," Said Mu Yang.

After the system is incorporated into the system and the venue is operated digitally by Orange Lion Sports, LE Dynamics APP has formed a set of relatively scientific sports points system. Users can exchange points through sports, which can be used to buy some goods at a discount.

In the just-concluded 618 promotion campaign, the total volume of transactions guided by le Power platform increased by nearly 30% compared with normal days. The online business also helped the company achieve profitability for the full fiscal year, with operating gross margin and total revenue increasing by more than 150% year-over-year. Advertising and online transactions are the two main profit points in this model.

Wang Hui, head of Orange Lion sports operations, told Jiemian.com: "We hope to connect with the entire Alibaba business network online and bring some incremental value to the offline business model, which is our most unique point."

In Mu's opinion, sports service is always the "dirty work" of the industry. But in the current situation where the sports industry is not booming, the venue operation and the better connection of it to the whole territory of Ali are closer to the foundation of sports economy.

Related news
Orange opts for Nokia and Ericsson to deploy 5G network in France Commercial services are expected to be launched this year
Orange Belgian company will abandon Huawei equipment and switch to Nokia
Alisports responded to the change of name of "Orange Lion Sports" : "The situation is true and the change process is in progress
VUE Vlog to Suspend its Operation
The most selling game can no longer be named by FIFA, EA Sports does not put football content
Hot news this week
Too many questions! Apple has changed the timing of the official release of iOS 16 series
Monkey acne cases have ranked first in the world that the United States has announced the emergency state of public health
Tencent and Logitech cooperation of the cloud game console Revelations: equipped with Android system configuration is low
Credit card points rule intensive adjustment online transaction points more "valuable"
High reserves and low cost experts: calcium ion batteries replace lithium batteries to stand up to the daily
Alibaba executives interpret financial results: the focus of the consumer side is no longer to attract new, but to do a good job in stratified operation
Losses in a single quarter of $ 23.4 billion a record, SoftBank did not carry the plunge of technology stocks and the devaluation of the yen
The prevention and control of the American Monkey epidemic has failed. What should I pay attention to?
Sources say Samsung's Galaxy Z Fold4 is going up in price: a 512GB top unit will cost more than 13,000
Is the micro -business headache? WeChat friends are suspected to have a big move: 7 can only be posted a week
The most popular news this week
After selling Tesla for $6.9 billion, Musk said he was not selling it, but a survey said he was still selling it. The title of the world's richest man may not be guaranteed next ye...
Distributed database OceanBase announced 4.0 product release, single -machine deployment performance is super mysql
The three major indexes of the US stocks opened sharply: ROBLOX fell more than 4%, Twitter and Tesla rose more than 3%
Japan has confirmed that China has overtaken the US for the first time in the world's top three indicators of scientific papers
A wake-up call for Apple? Foxconn says it is feeling the sting of slowing demand for smartphones
Joining Chip Alliance could serve as bridge, says South Korean Foreign Minister
Joe Biden also mentioned Chiplet? An unexpected A-share buzzword in A White House briefing
Nio Li Bin responds to mobile business rumors: This should be the definition of other people's imagination to us
Amazon is pushing a feature called "swipe to pay" that scans your palm to pay in seconds
Text message color, picture quality compression! Google calls out Apple for improving cross-device messaging