According to Jiwei.com, the Financial Times talked about the issue of semiconductor talents in Japan on June 26. The largest semiconductor manufacturer such as Toshiba and Sony warned that the government's revitalization of the domestic chip industry was threatened by engineers. 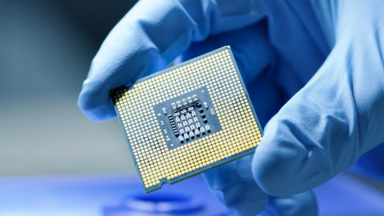 As it is expected to have a shortage of labor, Japan is striving to increase semiconductor investment to strengthen economic security and respond to chip shortages caused by the interruption of new crown pneumonia.

Last month, an electronic industry institution said in a appeal to the Japanese Economic and Industry Province's appeal that the next five years of 2030 will be the biggest opportunity for the Japanese semiconductor industry to lose its global market share for many years.

The Japan Electronic Information Technology Industry Association said that the success of the industry depends on whether it can gain enough talents to innovate and operate its chip factories. It is estimated that in the next 10 years, eight large manufacturers will need to recruit about 35,000 engineers to keep up with the pace of investment.

Hideki Wakabayashi, head of the Policy Proposal Working Group of the Semiconductor Committee of the Japan Semiconductor Industry Association and a professor at Tokyo University of Sciences, said: "People often say that semiconductor lacks, but engineers are the most lacking."

In the late 1980s, the Japanese semiconductor company expanded production, surpassing the United States, accounting for more than half of the global market share. However, after a fierce trade conflict with Washington, Japan made a leading position to South Korea, Taiwan and mainland China.

This led to the large -scale layoffs of engineers after the global financial crisis in 2008. Hideki Wakabayashi said that this is why there is not enough senior experience engineers today.

Toyoki Mitsui, manager of the flash memory manufacturer Jeita (part of the working group), said that students who study semiconductors at university now tend to join financial institutions or technology companies because the chip industry has long lost attraction.

In order to stimulate innovation and cultivate future employees, Toshiba, Sony and other companies are working with the best science universities across the country to invest more funds for chip research and recruitment.

TSMC is working with Sony to build a $ 8.6 billion factory on Kyushu Island in the south, and plans to recruit about 1,700 workers for the factory. The government said it will provide subsidies of up to 476 billion yuan (US $ 3.5 billion).

More and more factories are about to be put into production. Armor and its joint venture partners Western data is spent nearly 1 trillion yen to build a factory in central Japan. The factory will be put into operation in this fall. In addition, it will allocate another 1 trillion yen to build a factory scheduled to be completed next year in northern Japan.

Ruisa Electronics will invest 90 billion yen to restart a factory closed in 2014 to expand the production of electric vehicle power semiconductors. Kazuma Inoue, the consultant of Recruit, pointed out: "Until the mid -190s, Japan had been different from other countries in the world in terms of investment and recruitment, although the scale of the global chip industry had doubled."

However, Kazuma INOUE said it was difficult to find workers. According to data released by the Japan Bureau of Statistics, the number of electronic components, equipment and circuit employees from 25 to 44 decreased from 380,000 in 2010 to 2021.

Takashi Miyamori, an executive of Toshiba Electronic Component Department, said: "Most Japanese scientific students are more interested in IT, not necessarily semiconductors. We are competing for the best engineers around the world. We need to find a way to improve competitiveness."

Related news
SONY Sony WF-1000XM3 true wireless noise canceling headphones disassembly report
It's said that Sony Japan studio's position in the world is not guaranteed
Hot news this week
Too many questions! Apple has changed the timing of the official release of iOS 16 series
Monkey acne cases have ranked first in the world that the United States has announced the emergency state of public health
Tencent and Logitech cooperation of the cloud game console Revelations: equipped with Android system configuration is low
Credit card points rule intensive adjustment online transaction points more "valuable"
High reserves and low cost experts: calcium ion batteries replace lithium batteries to stand up to the daily
Alibaba executives interpret financial results: the focus of the consumer side is no longer to attract new, but to do a good job in stratified operation
Losses in a single quarter of $ 23.4 billion a record, SoftBank did not carry the plunge of technology stocks and the devaluation of the yen
The prevention and control of the American Monkey epidemic has failed. What should I pay attention to?
Sources say Samsung's Galaxy Z Fold4 is going up in price: a 512GB top unit will cost more than 13,000
Is the micro -business headache? WeChat friends are suspected to have a big move: 7 can only be posted a week
The most popular news this week
After selling Tesla for $6.9 billion, Musk said he was not selling it, but a survey said he was still selling it. The title of the world's richest man may not be guaranteed next ye...
Distributed database OceanBase announced 4.0 product release, single -machine deployment performance is super mysql
The three major indexes of the US stocks opened sharply: ROBLOX fell more than 4%, Twitter and Tesla rose more than 3%
Japan has confirmed that China has overtaken the US for the first time in the world's top three indicators of scientific papers
A wake-up call for Apple? Foxconn says it is feeling the sting of slowing demand for smartphones
Joining Chip Alliance could serve as bridge, says South Korean Foreign Minister
Joe Biden also mentioned Chiplet? An unexpected A-share buzzword in A White House briefing
Nio Li Bin responds to mobile business rumors: This should be the definition of other people's imagination to us
Amazon is pushing a feature called "swipe to pay" that scans your palm to pay in seconds
Text message color, picture quality compression! Google calls out Apple for improving cross-device messaging