Apple updates CarPlay this autumn: can buy gasoline directly through the vehicle screen

New cool products will be tried for free as soon as possible. There are also many high -quality experts to share unique life experience. Come to Sina public test and experience the cutting -edge, most interesting and most fun products in various fields ~! You can also get exclusive benefits to download the client! 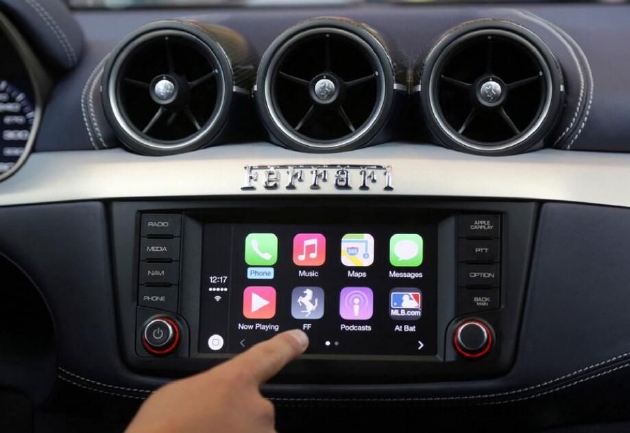 Sina Technology News on the evening of June 30, Beijing time. According to reports, Apple will launch its latest version of CarPlay software this fall. At that time, users will be able to buy fuel directly through the vehicle screen. For a long time, Apple has hoped to turn the car into a store to buy some products and services.

At the Apple Developer Conference earlier this month, this function was first mentioned. It allows CarPlay users to click on an application, navigate to the gas station, and purchase fuel directly through the screen in the car without inserting or clicking on the credit card (current program).

HF SCLAIR, a fuel company headquartered in Dallas, said today that the company plans to use new CarPlay technology and will announce details in the next few months. HF SCLAIR sells its gasoline at 1,600 gas stations in the United States.

Jack Barge, senior vice president of HF SCLAIR responsible for marketing, said: "We are glad that consumers can navigate to the Sinclair gas station and buy fuel from their car navigation screen."

For a long time, Apple has hoped to turn the car into a store to buy some products and services. The fuel application (APP) is just the latest measure of Apple's continuous efforts to enable users to click on the navigation screen to buy. Earlier, Apple has opened CarPlay to the parking app, electric vehicle charging APP and ordering app, and adds driving task APP, such as the mileage of business travel records.

For car owners, fuel is a major expense. The U.S. Energy Intelligence Agency predicts that the average American household gasoline expenditure this year will reach $ 2,945, which is about $ 455 higher than last year.

At present, Apple does not charge CarPlay fees from automakers, developers or users. The research company Asymco analyst Horace Dediu said that as the car gradually became a "rolling computer", commercial interests were driving Apple at the forefront.

When Apple releases software updates this fall, this new feature will cover hundreds of models that are compatible with CarPlay. "Forgot the Apple CAR (Apple car in rumors), Apple Carplay is a more important thing. Even if it is not hundreds of millions, it is likely to reach millions of vehicles (cars supporting CarPlay). "

In order to use CarPlay's new features this fall, iPhone users need to download a fuel company's application (APP) to the mobile phone and enter the payment credentials to set the application. After the application settings are completed, the user can click on the navigation screen to activate a gas station and pay.

Donald Frieden, CEO of P97 Networks, Houston, said: "This is a huge market, and consumers really want to make payment easier." Friedon said that he had received oil oil. The company's phone, these companies are interested in working with CarPlay.

Analysts said that Apple's latest move may exacerbate the tension with automakers. At present, auto manufacturers also have their own business ambitions.

For example, automakers have tried to allow car owners to buy gasoline directly from the car, but ended in failure. GM said today that the company launched such a system in 2017, but it was closed earlier this year because a supplier withdrew from the business.

In addition to fuel and other purchasing applications, Apple is also seeking to further extend CarPlay to the car's driving system through access speed and fuel meters. However, it is unlikely that the car manufacturer will hand over the data to Apple without putting forward their own requirements. Therefore, analysts said that related negotiations may have been in progress.

Related news
For the first time, Apple Carplay is available on tesla
Apple's new CarPlay system is generating buzz! He Xiaopeng: This is a front stop for the Apple Car
Tesla and BMW do not intend to support Apple's new CarPlay system
Apple updates CarPlay this autumn: can buy gasoline directly through the vehicle screen
Apple's new Carplay feature allows you to buy gas directly from your car's screen
Hot news this week
Too many questions! Apple has changed the timing of the official release of iOS 16 series
Monkey acne cases have ranked first in the world that the United States has announced the emergency state of public health
Tencent and Logitech cooperation of the cloud game console Revelations: equipped with Android system configuration is low
Credit card points rule intensive adjustment online transaction points more "valuable"
High reserves and low cost experts: calcium ion batteries replace lithium batteries to stand up to the daily
Alibaba executives interpret financial results: the focus of the consumer side is no longer to attract new, but to do a good job in stratified operation
Losses in a single quarter of $ 23.4 billion a record, SoftBank did not carry the plunge of technology stocks and the devaluation of the yen
Sources say Samsung's Galaxy Z Fold4 is going up in price: a 512GB top unit will cost more than 13,000
The prevention and control of the American Monkey epidemic has failed. What should I pay attention to?
Is the micro -business headache? WeChat friends are suspected to have a big move: 7 can only be posted a week
The most popular news this week
After selling Tesla for $6.9 billion, Musk said he was not selling it, but a survey said he was still selling it. The title of the world's richest man may not be guaranteed next ye...
Distributed database OceanBase announced 4.0 product release, single -machine deployment performance is super mysql
The three major indexes of the US stocks opened sharply: ROBLOX fell more than 4%, Twitter and Tesla rose more than 3%
Japan has confirmed that China has overtaken the US for the first time in the world's top three indicators of scientific papers
A wake-up call for Apple? Foxconn says it is feeling the sting of slowing demand for smartphones
Joining Chip Alliance could serve as bridge, says South Korean Foreign Minister
Joe Biden also mentioned Chiplet? An unexpected A-share buzzword in A White House briefing
Nio Li Bin responds to mobile business rumors: This should be the definition of other people's imagination to us
Amazon is pushing a feature called "swipe to pay" that scans your palm to pay in seconds
Text message color, picture quality compression! Google calls out Apple for improving cross-device messaging