VUE VLOG, a short video platform acquired by Tencent that had more than 10 million users, has announced it will cease operations 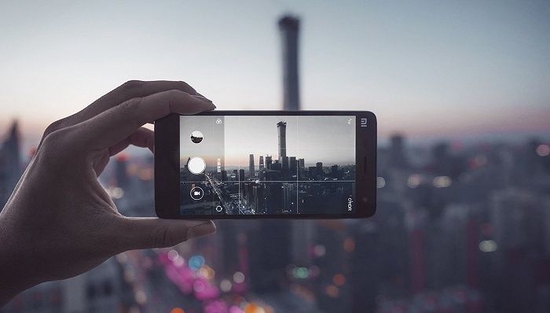 On the evening of June 30, VUE Vlog, a short video platform with more than 10 million users, announced through its official wechat account that it will cease operation and has been removed from major app stores.

According to the announcement, from July 1, VUE VLOG will stop new user registration, member top-up services, and some client functions. But registered users can still log in, browse and download previously uploaded videos. At the same time, users can continue to log in and use the membership service until the expiry of the membership service term.

From September 31, VUE VLOG will cease all operations and shut down its servers and official website. VUE VLOG reminds users to download the video to save before 23:59 on September 30, 2022 in case of loss, withdraw the fuel money and refund the unused gold coins.

VUE Vlog was founded in March 2016, started from short video shooting and editing applications, with movie-like picture, exquisite filter effects and music, has won a lot of supporters. Although the market has emerged at that time, xiaoka show, second clap, Kuaishou, The United States and other products, but stressed that no threshold to quickly start VUE still got all the way to zhenfund, Bertelsmann, Jiuhe Venture capital, Joy capital and other institutions investment.

In 2018, VUE completed two major updates. First, in July of that year, it added the community function, which allows users to upload videos to the channel according to different themes, and communicate and interact within the community. Then in December, the product was renamed "VUE Vlog", and the positioning was officially shifted from a video tool to the Vlog community.

Kuang Fei, its founder, told the media that the vision of the company, established with angel investors in 2016, was to be "the preferred video creation and sharing platform for mobile users", aiming to become the Chinese version of Instagram for video.

After the transformation of Vlog community, the registered users of VUE community have exceeded 12 million, and the number of downloads through Huawei App Store alone has reached 8.6 million, and more than 50,000 short videos are produced every day. By 2019, it had more than 100 million installed users and was featured on the first page of the App Store in more than 120 countries.

In September 2020, 36kr reported that VUE Vlog had been wholly-owned by Tencent, valued at nearly $50 million, and was an all-cash transaction.

At that time, the background of the rise of short video, Vlog content attention is also rising, the layout of various Internet giants, Tencent's acquisition, was interpreted as intended to occupy a place in the video field. However, since then, the public's browsing habits of Vlog still remain in B station, Weibo, Douyin and other larger plates platform, VUE seems to have been the product of Vlog's small circle.

Related news
Is Sony considering selling Playstation Vue apple for acquisition?
No one takes over Sony plans to shut down Playstation Vue business
Simple realization of three elements of vlog freedom or a new standard of vlog mobile phone
VUE VLOG, a short video platform acquired by Tencent that had more than 10 million users, has announced it will cease operations
VUE Vlog to Suspend its Operation
Hot news this week
Apple is recruiting neurorendering research scientists to create immersive experiences for AR/VR products
Tesla China will take the initiative to significantly reduce production if it still fails to sell by 40,000 yuan
The Internet reported that the Shanghai factory would voluntarily cut production by 20%, Tesla responded
Hangzhou Internet Court: NFT digital collection belongs to the network virtual property, protected by law
Amazon has withdrawn a new offer from its retail division, cutting off new employees who were due to start early next year
You know what? Looking at your phone while driving is the equivalent of driving blind for about 50 meters, which is extremely dangerous
The United States has approved the first fecal transplant to treat disease by transplanting someone else's feces
Dalitsu, a lens supplier for Apple's iPhone 14, reported revenue of NT $5.231 billion in November, up 20 percent from a year earlier
Transsion Holdings: Established a global strategic partnership with Google to carry out in-depth cooperation in areas such as Android system
Do the most lightweight and smooth system! - MIUI 14 will come soon: The flagship will also be upgraded two years ago
The most popular news this week
Activision Blizzard CEO says Microsoft acquisition will go ahead, FTC allegations are factually incorrect
Experts: do not take ibuprofen if you eat Lianhua Qingdian, separate Chinese and Western medicines
Up to 56 cores! The new generation of Intel processors is coming.
Upgrade second regret! Serious problems after AirPods Pro 2 update
Apple got Sony's flagship sensor! iP15 is now more expected
Ibuprofen does not have to compete for the world's largest production capacity in China: one company is enough for 3.3 billion people.
QQ level first in the world! I responded to make netizens envious: the family opened the Internet cafe
Cook's "no" to Musk: cost Apple 4.4 trillion
AI paintings fetch a record price of 1.1 million! Baidu's AI painting was tested and the result was amazing
Burst! Tesla China discontinues Model Y production