Netease Cloud Music is social, the victory is worrying 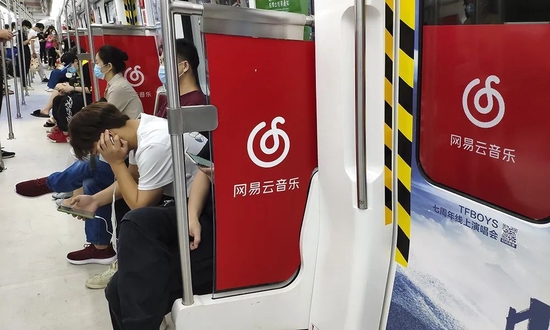 Netease Cloud Music has recently launched a music -based social app called "MUS". The product is still in the internal test stage, and the invitation code is required to register. When Netease Cloud Music was launched since its launch, it carried the social dream of Netease's founder and CEO Ding Lei. When he released this music app in 2013, he said: "What Netease Cloud Music is more important is the embodiment of social elements." As Ding Lei said, social elements did make it stand out quickly in the existing music apps. Its song mode enables users to interact with others by sharing. In addition, the hot review of each song has become the iconic circle of APP. But the success of Netease Cloud Music in socializing seems to be there. On the basis of this, the increase in social peripheral products, such as the small program of "Famous Friends" and the LOOK live broadcast, have not stirred the splash. The MUS launched this time is also not optimistic.

It is understood that MUS will connect users to strangers with similar preferences based on the user's listening data data analysis preferences, and give full play to the accurate algorithm advantage of their recommendations. This social model based on interest matching is quite similar to social software soul, such as Soul in the field of music segmentation.

While NetEase Cloud Music entered social networking again, Soul submitted a listing application to the Hong Kong Stock Exchange, and Bank of America Merrill Lynch and CICC were the joint sponsor of the IPO. According to its prospectus, in the past three years, the platform daily living households and realization capabilities have been steadily improved year by year. From this point of view, the social field seems to be favorable.

However, the reality that Netease Cloud Music needs to face is that for Internet companies, the development of social functions is a matter of high dependence on company genes. If social genes are lacking, no matter how strong the company's financial resources and user foundation, it is not easy to do social business.

In this regard, Ali has the most right to speak. After all, Ma Yun's obsession with social business was much more profound than Ding Lei. In 2013, Ali once entered the social interaction of the company and launched the "Division" APP. This is the first core -level project to officially debut after Ali's establishment of the Internet Communications Division.

At that time, Jack Ma took a lot of funds for the market development of the APP. He himself himself also said on the platform for "contact", saying that he would permanently close the WeChat account. Ma Yun put pressure on the employees in the 2014 employee's New Year's letter, allowing them to expand 100 users outside the factory and linked the matter to the year -end red envelope. In addition, Ali also used Taobao and Tmall to promote it at the time, and used the "Double Eleven" activities to be diversified for "exchanges".

But after a huge investment, the effect was not ideal. Even though APP registered users reached 10 million, it is still far from WeChat with a large -scale advantage. At the same time, WeChat passed the "WeChat red envelope" launched in the Spring Festival in 2014 to pose a threat to Ali's army and threatened its financial payment business. The challenge of competitors failed, but was invaded by the other party. In the end, the "intersection" was renamed the "little bug", and the products made from the company's full effort to become a marginal business.

After this defeat, Ma Yun did not give up his social field. In 2019, Ali restarted socialization and launched the "Real Like Me" APP, focusing on the social business based on geographical location. It is said that Ma Yun had high hopes for him, and even his name was decided after the level. But "Real Ruyi" was announced in June last year and failed again.

Ding Lei was exposed in the internal email at the end of 2013 that of several similar products, "WeChat 5 points, Momo 4 points, we (Yixin, developed by Netease and Telecom jointly developed) 0 points, negative points." The goal of your own products is 6 points, and said, "Don't have cleanliness. I know you don't like WeChat shaking, and I don't like it, but users like it. This experience is bad, but the core needs of solutions are worth learning. "But many years later, Yi Xin was still very far away from the original goal.

Perhaps, Ding Lei and the team should consider what the proportion of Netease Cloud Music users who prefer dating through preferences. Will users who do not need this function will have "cleanliness"? Is the input of MUS a proportional proportion to the output? After the establishment of a connection between users, will NetEase go back to WeChat to communicate?

Funding and user foundations are strong as Ali, and they still return to the social field. NetEase Cloud Music's social layout is even more worrying.

The anxiety of Netease Cloud Music is understandable. Its inherent business has been severely squeezed in Tencent in the near future, and Tencent has already deployed sections with social attributes such as K song and live broadcast platforms. At the same time, the byte beating launched "Soda Music", and Kuaishou launched "Xiaosen Sing". The music social field has begun to be followed by Internet companies, but there is no iconic product for the time being. Market opportunities.

But the reality is that according to the 2021 annual report of Tencent Music Entertainment Group, social entertainment services and other revenue have decreased by 15%year -on -year; from the second quarter of 2020, the number of mobile monthly survival of social entertainment services has fallen seven consecutive times. Even Tencent, which has advantages in both social and music, is facing challenges in music social. So once the NetEase Cloud Music with the foundation of the music business is social, the advantages accumulated in the original field may be damaged.

The more complicated social functions have complained that users with simple demand have only made the APP bloated in addition to the superposition of the original function. Netease Cloud Music has started to integrate some of them. Now if you open up social functions, if there is no innovative function, MUS will only appear weak among many competitors. The NetEase team needs to play differentiated positioning in order to transform Netease Cloud Music users into MUS users and stay for a long time.

Compared with the scope of business, Netease Cloud Music should be more anxious at present. In April of this year, the platform released sharp and long -term complaints of Tencent Music's inappropriate competition, accusing the other party of suspected infringement in music works and product design, and said that "it can be injured to no way to retreat." However, Tencent Music has made cold treatment without any response. Only a sentence released by the public relations person in the circle of friends: it will not join the ranks of the mouth rack, ignoring the facts to touch the porcelain to help the development of the music industry.

Since the regulatory authorities have taken the pirated version in 2015, the music platforms have begun to compete for capital strength and burn money to buy the copyright. Copyright war brought a number of platforms to go out one after another, leaving the solid players at the bottom of the family also carried huge losses.

Even though NetEase Cloud Music is squeezed by Tencent, it is already one of the lucky children in the finals, so money and energy should be used on the blade. It is better to use the capital of MUS to consolidate the strength of the music business, otherwise the social interaction may not be done, but the original music users will go out in large quantities and have to lose money. (Fortune Chinese website)

In Wealth Plus, netizens have published many profound and thoughtful views on this article. Let's take a look together. You are also welcome to join us and talk about your thoughts. Today's other hot topics: View the wonderful views of "What is the next step in the next step of the Hong Kong economy" view "Yi Gang: Monetary policy will continue to make a wonderful view of the economic recovery"

Related news
Huawei accelerates the scale of commercial use of Cloud VR This year's target of 100,000 users
How does Yiyun Music Continue its Social Dream?
How much is Google Cloud worth?
You can generate the annual song list on Apple Music
Why do I suggest you switch to Apple Music
Hot news this week
Too many questions! Apple has changed the timing of the official release of iOS 16 series
Monkey acne cases have ranked first in the world that the United States has announced the emergency state of public health
Tencent and Logitech cooperation of the cloud game console Revelations: equipped with Android system configuration is low
Credit card points rule intensive adjustment online transaction points more "valuable"
High reserves and low cost experts: calcium ion batteries replace lithium batteries to stand up to the daily
Alibaba executives interpret financial results: the focus of the consumer side is no longer to attract new, but to do a good job in stratified operation
Losses in a single quarter of $ 23.4 billion a record, SoftBank did not carry the plunge of technology stocks and the devaluation of the yen
Sources say Samsung's Galaxy Z Fold4 is going up in price: a 512GB top unit will cost more than 13,000
The prevention and control of the American Monkey epidemic has failed. What should I pay attention to?
Is the micro -business headache? WeChat friends are suspected to have a big move: 7 can only be posted a week
The most popular news this week
After selling Tesla for $6.9 billion, Musk said he was not selling it, but a survey said he was still selling it. The title of the world's richest man may not be guaranteed next ye...
Distributed database OceanBase announced 4.0 product release, single -machine deployment performance is super mysql
The three major indexes of the US stocks opened sharply: ROBLOX fell more than 4%, Twitter and Tesla rose more than 3%
Japan has confirmed that China has overtaken the US for the first time in the world's top three indicators of scientific papers
A wake-up call for Apple? Foxconn says it is feeling the sting of slowing demand for smartphones
Joining Chip Alliance could serve as bridge, says South Korean Foreign Minister
Joe Biden also mentioned Chiplet? An unexpected A-share buzzword in A White House briefing
Nio Li Bin responds to mobile business rumors: This should be the definition of other people's imagination to us
Amazon is pushing a feature called "swipe to pay" that scans your palm to pay in seconds
Text message color, picture quality compression! Google calls out Apple for improving cross-device messaging