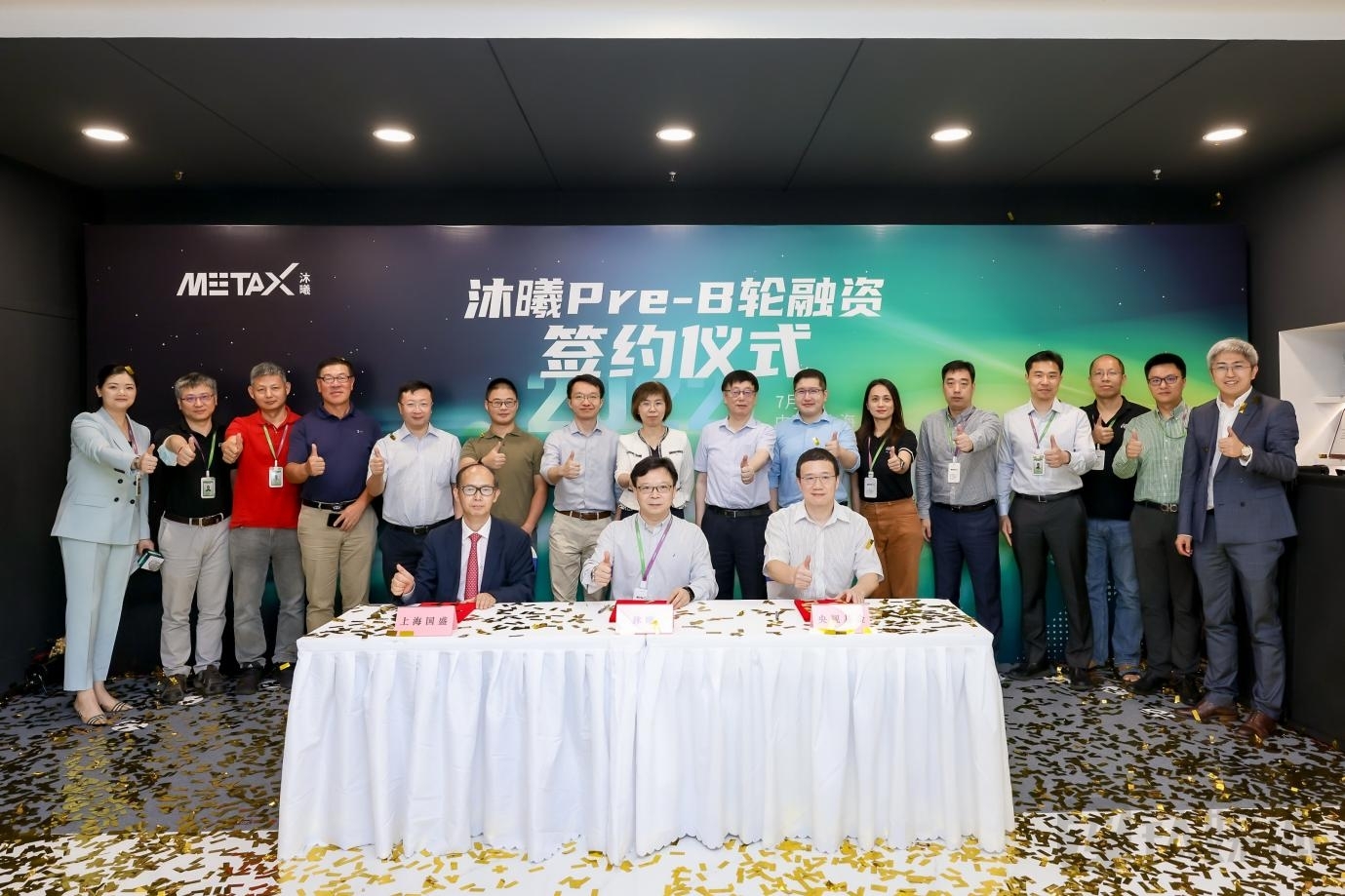 This morning held the financing settlement ceremony, Muxi MetaX founder, chairman and CEO Chen Weiliang said: "there is no shortcut core, the development of domestic high-performance GPU is a long way to go...... The completion of the pre-B round of financing will further facilitate the development and commercialization of Mu Xi high-performance universal GPU products."

This is the fifth round of financing after mu Xi was established in September 2020, with a total investment of more than 2 billion yuan.Last A round in August last year, amounted to 1 billion yuan, China's state-owned enterprise restructuring fund co., LTD. (hereinafter referred to as fund), China Internet investment fund joint collar, old shareholders partners China, and the capital, sequoia China, such as the speed of light, lenovo China vc and, so far less than A year.

This round of financing to participate in many state capital, "futures a brother" Ge Weidong also participated in the lead.

Ge is best known for taking a heavy position in five stocks in 2020, earning about 3.5 billion yuan. He was also a major driver of the global copper price crash in 2015, earning him the nickname "The Elder brother of futures" in the industry.

Muxi, headquartered in Shanghai's Lingang district, focuses on the high-performance GPU field, which is dominated by American chip giants such as Nvidia and AMD. Since 2020, GPU has become one of the most "attracting money" in the domestic chip field, with a total financing of more than 20 billion yuan. IDC expects China's GPU server market to reach $5.49 billion by 2025, while the entire Chinese accelerated server market will reach $6.40 billion.

Zhang Gaonan, managing partner of Huaying Capital, told Ti Media App that China's entry into the GPU market is "the right time, the right place and the right people", especially semiconductor and the next generation OF AI technology are important areas in which China must break through.

talent , Mu Xi currently has more than 600 employees, three founders are from AMD company, worked together for more than 10 years.

Among them, Weiliang Chen, the CEO of the company, used to be in charge of GLOBAL GPU SoC design in AMD, with team management ability and mass production experience. Peng Li, chief hardware architect, is AMD's first Chinese female scientist (Fellow) and used to be AMD's chief architect. Yang Jian, chief software architect, is AMD's first scientist (Fellow) in Greater China and has served as chief architect of AMD and Haisi. He has 20 years of experience in large-scale chip and GPU software and hardware design. 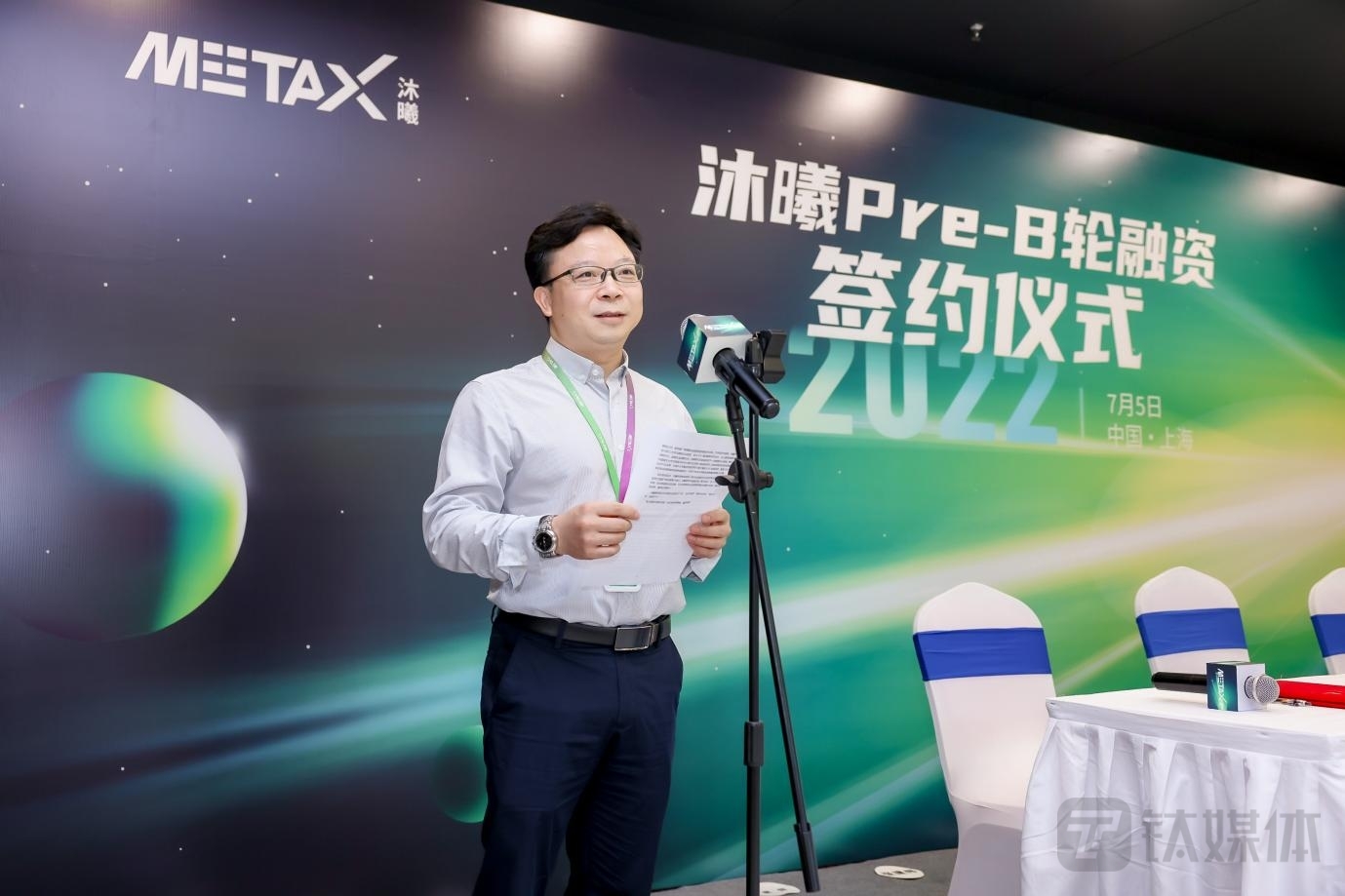 In terms of products,The first high-performance universal GPU chip of Muxi was successfully released in January 2022. It adopts 7nm process and mainly uses AI reasoning. It can be applied to artificial intelligence, automatic driving, industrial and manufacturing automation, smart city, natural language processing, edge computing and other fields, and will be mass-produced in 2023. More advanced chips for AI training and scientific computing are in the final stages of development.

On the commercial side,According to its official wechat account, Mu Xi has reached strategic cooperation agreements with UCloud, The Department of Information Science and Engineering of Ocean University of China, and tsinghua Institute of Integrated Circuits. In addition, Mu Xi has joined Huawei's MindSpore open source community.

However, like CPU (central processing unit), GPU also needs to use the most advanced technology due to its high requirements on computing power. At present, TSMC is used for OEM manufacturing, and the industrial chain is not controllable. Moreover, some of the IP of the gpus is licensed by Imagination, a British chip designer, shortening the development cycle of the chips from three to five years to 18 months.

"Many domestic enterprises are using GPU IP authorization, but this chip is not independent of the industry, and it is difficult for overseas IP to guarantee the information security of domestic customers." In an exclusive interview with Ti Media App, Lyu Jianping, CTO of Tianzhicun, said that China'S GPU track should not ignore the importance of "fully independent development and universal technology".

(The first titanium media App of this article, by Lin Zhijia)

Related news
GE China responds to "financial fraud": accusations of total error are misleading
Panoramic hardware and solution manufacturer PI technology won pre-B round financing
Station B jumps out of copyright competition game
Detailed evaluation of Apple silicon M1 MacBook Air
[Hard Technology Weekly] Week 47: GPU company Moorethread raised $2 billion in Series A funding and commercial aerospace company Sierra Space raised $1.4 billion in Series A funding
Domestic GPU chip developer "Medicine Technology" to complete hundreds of millions of annuality round finance | Titanium news
Domestic GPU company Mu Xi completed 1 billion pre-B round of financing, "futures one brother" Ge Weidong joint lead investment | Silicon based world
Hot news this week
Too many questions! Apple has changed the timing of the official release of iOS 16 series
Monkey acne cases have ranked first in the world that the United States has announced the emergency state of public health
Tencent and Logitech cooperation of the cloud game console Revelations: equipped with Android system configuration is low
Credit card points rule intensive adjustment online transaction points more "valuable"
High reserves and low cost experts: calcium ion batteries replace lithium batteries to stand up to the daily
Alibaba executives interpret financial results: the focus of the consumer side is no longer to attract new, but to do a good job in stratified operation
Losses in a single quarter of $ 23.4 billion a record, SoftBank did not carry the plunge of technology stocks and the devaluation of the yen
Sources say Samsung's Galaxy Z Fold4 is going up in price: a 512GB top unit will cost more than 13,000
The prevention and control of the American Monkey epidemic has failed. What should I pay attention to?
Is the micro -business headache? WeChat friends are suspected to have a big move: 7 can only be posted a week
The most popular news this week
After selling Tesla for $6.9 billion, Musk said he was not selling it, but a survey said he was still selling it. The title of the world's richest man may not be guaranteed next ye...
Distributed database OceanBase announced 4.0 product release, single -machine deployment performance is super mysql
The three major indexes of the US stocks opened sharply: ROBLOX fell more than 4%, Twitter and Tesla rose more than 3%
Japan has confirmed that China has overtaken the US for the first time in the world's top three indicators of scientific papers
A wake-up call for Apple? Foxconn says it is feeling the sting of slowing demand for smartphones
Joining Chip Alliance could serve as bridge, says South Korean Foreign Minister
Joe Biden also mentioned Chiplet? An unexpected A-share buzzword in A White House briefing
Nio Li Bin responds to mobile business rumors: This should be the definition of other people's imagination to us
Amazon is pushing a feature called "swipe to pay" that scans your palm to pay in seconds
Text message color, picture quality compression! Google calls out Apple for improving cross-device messaging