The new generation of Snapdragon 8+ folding screen flagship: Samsung Galaxy Z Fold/FLIP 4 is expected to be released in August

IT House on July 17th, the uncle of the digital blogger@i i i showed a screenshot of the news of the Samsung after -sales staff. The screenshot shows that Samsung is expected to hold a new global launch conference on August 10 to launch a new folding screen flagship -Samsung Galaxy Z Fold4 and Galaxy Z Flip4.

It is said that Samsung Galaxy Z Fold4 will use a better camera, and the hinge design is also fully upgraded. At the same time, the latest generation of UTC glass is expected to start from 7,999 yuan. 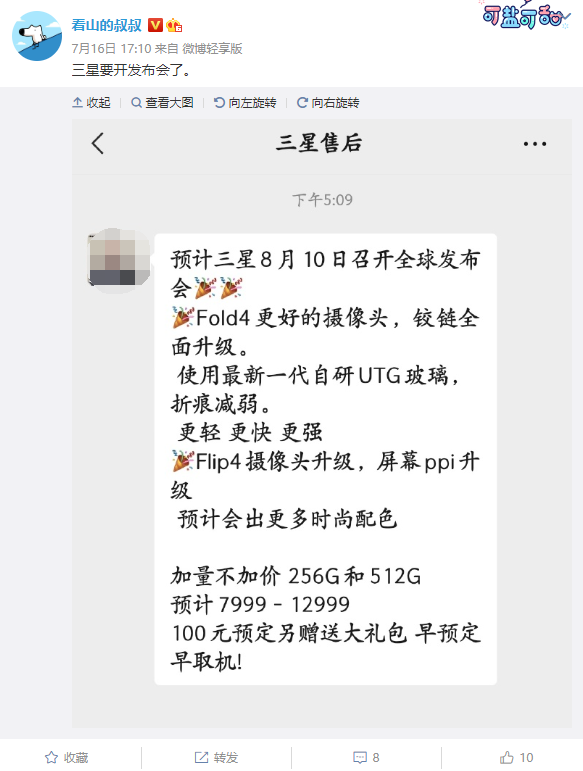 Among them, the NBTC certification model of Galaxy Z Fold4 is SM-F936B/DS, and Galaxy Z FLIP4 is SM-F721B. 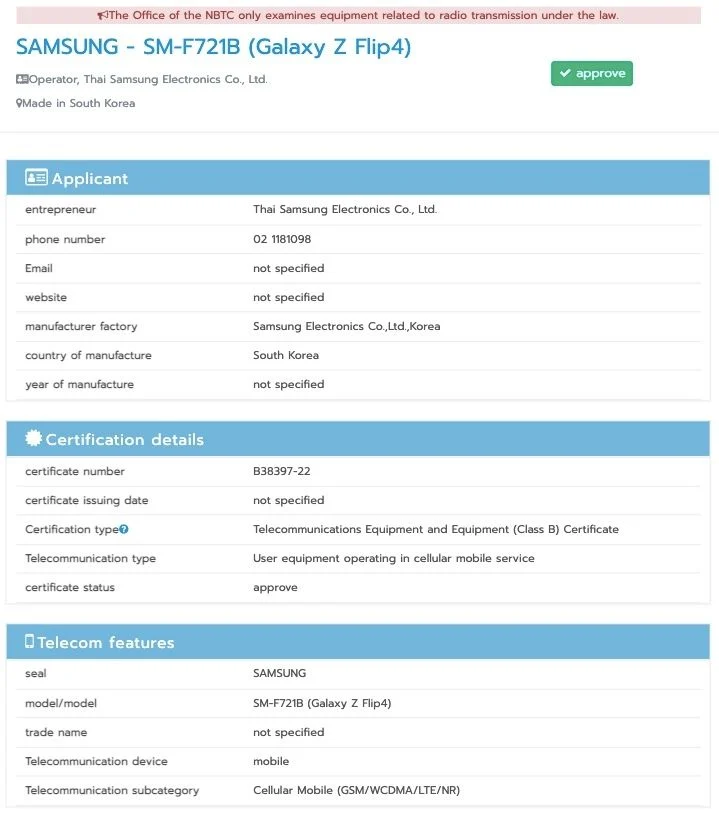 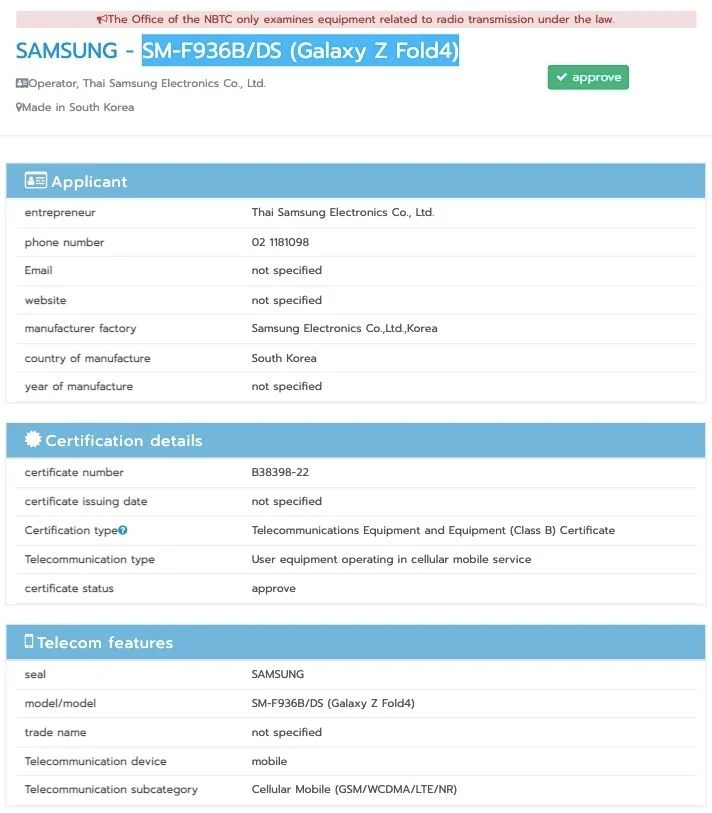 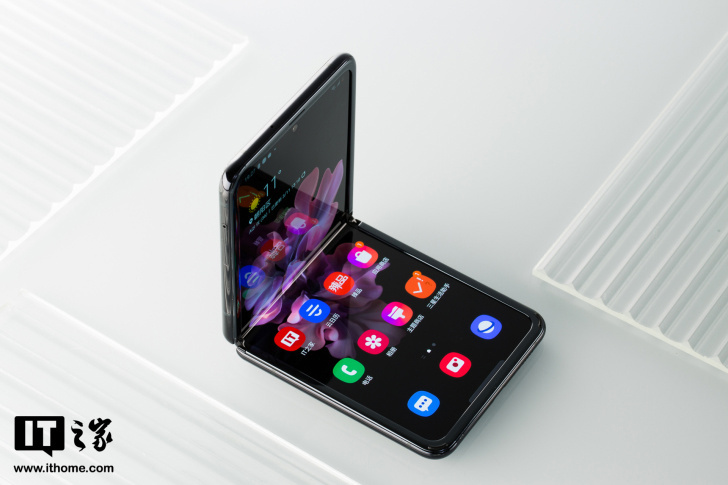 The news information shows that Samsung Galaxy Z Fold4 is also equipped with the Snapdragon 8+Gen1 processor, equipped with 12GB memory and 1TB storage, built -in 4400mAh battery, and the weight is lighter than the previous generation.

In terms of storage, the SKU list shows that Samsung Galaxy Z Fold4 has 128GB, 256GB and 512GB versions, and there is no 1TB version. Launched in some countries or regions. 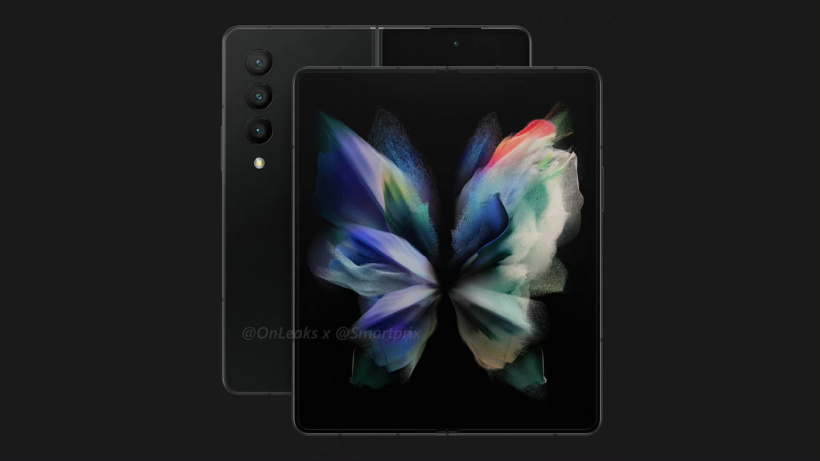 Related news
Samsung expects to sell 2.5 million Galaxy Z flip folding screens in 2020
Cai Yilin hands on the Samsung fold screen mobile phone Galaxy Z flip: real iron powder
Netizen ghost! The best way to play Samsung Galaxy Z flip
Samsung Galaxy Z flip "rollover": folding screen mobile phones slow down
Hi, 865! Samsung Galaxy Z flip 5g appears in the Ministry of industry and information technology
Media: samsung will push Galaxy Fold 2 and Galaxy Z Flip 5G versions of folding screen phones in august
Samsung's new generation of folding screen Galaxy Z Fold 4 exposure: hinge re-evolution lighter and thinner
Samsung Galaxy Z Fold 5 exposure: equipped with Snapdragon 8 Gen 2, GN3 main camera
The new generation of Snapdragon 8+ folding screen flagship: Samsung Galaxy Z Fold/FLIP 4 is expected to be released in August
Exposure of Samsung Galaxy Z FOLD 4 folding screen price
Hot news this week
A small plane in the US has crashed into a 30-metre high voltage power line and got stuck: 80,000 people affected
Can recording others' wechat chat records be used as evidence? The Beijing Internet Court has an answer
Alibaba launched a new cross-border e-commerce platform in Spain, aiming to operate independently in the middle and high-end market
It's not just Huawei! Beidou has penetrated more than 20 industries and applied more than 15.5 million products
When pure water is used in China team to solve the problem of seawater hydrogen production: it is expected to become an original industry
A Tesla crashed into two cars in Taizhou, Zhejiang province, killing two and injuring one, police said
Breaking the spell of "Android 3 year must card", the new Breguet mobile phone will be sold for the first time tomorrow: from RMB3499
The appearance of Xiaomi's mini console is revealed for the first time: an all-metal body with a strong apple smell
Be careful with your phone for a long time! The aunt played with her mobile phone so much that her fingers got stuck
Google's Project Zero team accuses vendors of slacking after ARM GPU bug exposes Android upgrade woes
The most popular news this week
Why is the Apple Pencil 2 not supported? iFixit takes apart the iPad 10 to find out
Zte's experience proves that there is no way out of appeasement and peace can only be fought out
China's growing presence in the global high-tech sector is unacceptable to the US
Us to investigate Lapsus$hack, Microsoft, Nvidia and others were breached
From January to October this year, the number of global travel app downloads approached 2 billion, with China's Amap, Baidu Map and Railway 12306 taking the top three places
With the acquisition of Pulse, Mozilla will develop a new approach to machine learning
Did the United States achieve its goal? More than 40 suppliers went to the United States with TSMC
Microsoft may not be able to offer its Microsoft 365 service in German schools after two years of efforts failed
A record $50 million in compensation! In the final judgment of the dispute over the infringement of Minecraft by Mini-World, NetEase won the lawsuit
Manufacturers like Samsung and Xiaomi have been affected. Google has revealed a dangerous flaw that threatens millions of Android devices