SpaceX has released a document called "Brightness Mitigation Best Practices for Satellite Operators," outlining how IT is working with the astronomy community to reduce light pollution and how IT is reducing Starlink satellite brightness.

SpaceX has been criticized and reviled by astronomers for the brightness of its Starlink satellites since their launch, the House of IT knows.

SpaceX noted that by working together, it has identified and mitigated the key causes of the satellite's brightness. The company is working to make the satellite "invisible to the naked eye" at its standard operating altitude.

SpaceX stressed that the work of the astronomy community is not only important, but will continue to work with them to reduce the impact on all satellite operations. "As a space exploration company, SpaceX is a strong supporter of astronomy and the scientific community."

SpaceX has enhanced the specular design of its Starlink satellites to avoid diffuse reflection of light, according to the company. SpaceX also points out that not all materials are highly reflective, and some can absorb or make the reflected light less bright.

In addition, SpaceX has used designs such as sun shields and radiofrequency permeable mirror membranes to reduce the problem of scattering sunlight. 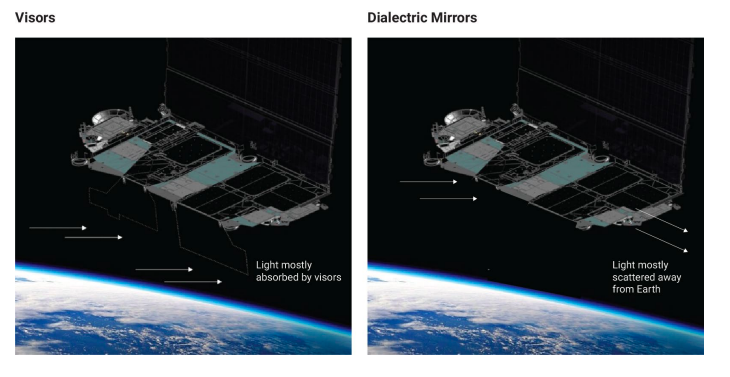 In addition, SpaceX has developed the RF transparent mirror membrane as an alternative to the sun visor. The film scatters most of the sunlight away from the Earth. SpaceX says it has been refining its mirror membrane to reduce the amount of light reflected back to Earth.

It's also worth noting that SpaceX has improved the support material between its batteries compared to the first generation of satellites. The simple answer is to change the white material to a dark red material. The downside is that darkening the material increases the temperature of the solar array, which degrades the performance. 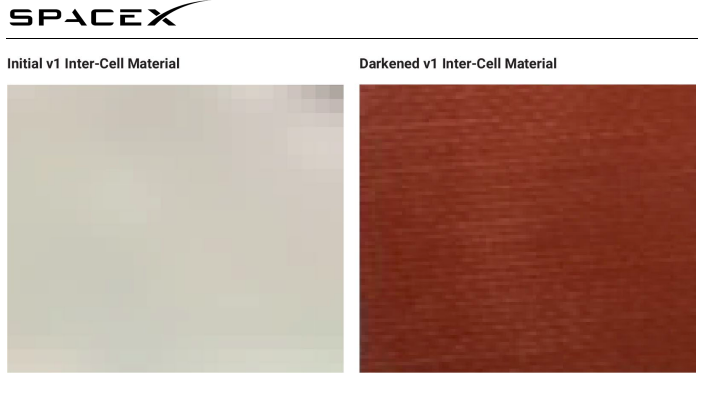 SpaceX notes that its second-generation satellites will add more capacity to the Starlink network; Support more users in more places.

The second generation will use three advanced brightness technologies, such as dielectric mirror membranes, which can reduce brightness by 90 percent. 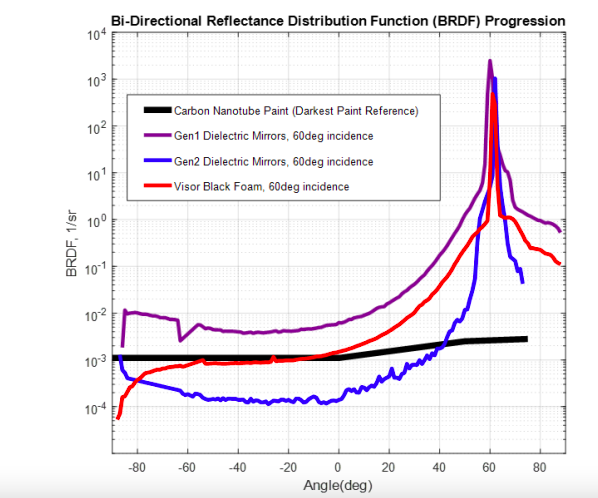 Related news
SpaceX started building Starlink Internet Satellite Constellation
Starlink Internet Satellite Enters Test Stage
SpaceX plans to provide Internet coverage through Starlink constellation by mid-2020
SpaceX have put more than 350 Starlink Internet satellites in orbit
SpaceX successfully launched 60 Starlink satellites into the space Internet Era
SpaceX makes concession to Kuiper, an Amazon satellite company, to reduce the orbit altitude of Starlink constellation
SpaceX accused Amazon of trying to slow down the deployment of Starlink
SpaceX Starlink Internet was interrupted worldwide, but recovered in less than half an hour
SpaceX is preparing to launch its new fleet of Starlink laser Starlink satellites to provide wider Internet service coverage
SpaceX: Working with the astronomy community to reduce Starlink satellite brightness
Hot news this week
With the NIL technology, Canon wants to provide China with a lithography machine comparable to the EUV
Genius hacker Geohot promised Musk 12 weeks to fix Twitter search, but posted for help because he wouldn't react
Google's parent company is planning to cut tens of thousands of jobs
The Long March 9 is basically confirmed: the low-orbit carrying capacity of 150 tons can carry the entire space station into space
A small plane in the US has crashed into a 30-metre high voltage power line and got stuck: 80,000 people affected
Can recording others' wechat chat records be used as evidence? The Beijing Internet Court has an answer
Alibaba launched a new cross-border e-commerce platform in Spain, aiming to operate independently in the middle and high-end market
Google is concerned that Microsoft's acquisition of Activision Blizzard will affect the ChromeOS experience
The second generation Snapdragon 8 flagship! Mi 13 toughened film appeared: four sides and other narrow screen accounted for a stable ratio
A Tesla crashed into two cars in Taizhou, Zhejiang province, killing two and injuring one, police said
The most popular news this week
QQ membership via SMS has become a thing of the past: Tencent officials said the relevant business functions have been offline
Two men ransacked an Apple store and made off with more than 200,000 products: a textbook move by the employees
South Korea 2-1 Portugal repeat Asian miracle: Lei Jun with Xiaomi 13 thumbs up
The standard version is unbeatable and sells for 3,999 yuan for Mi fans
Two new Huawei devices are ready to launch: one is more creative
For the first time ever! NVIDIA graphics card to play the game flash screen must refresh the BIOS
Samsung Galaxy Z Flip5 exposure: Larger screen, fewer creases
What is this picture? Intel next generation Fever U also has 6 cores!
1W less than 40 cents 550W gold medal full module power 199 yuan RTX 3060 are enough
Viral 'Coronavirus Medicine Sequence' : Reliable? Experts guide the way