Too many questions! Apple has changed the timing of the official release of iOS 16 series

As we get closer to September, many people are looking forward to the iPhone 14, and as Apple has long said, the new opportunity will come with iOS 16, which will also be available, but this year may be different.

Apple is delaying the release of the next major update to its iPad software by about a month, according to people familiar with the matter, a departure from its usual practice of releasing it alongside new iPhone software.

In past years, the company has released major software updates for ipads and iphones in September, with iPadOS and iOS, respectively. This time, apple plans to launch iOS 16 around the same time as usual, and has pushed back the iPadOS16 until October.

The delay is at least partly due to Apple's ambitious attempt to reinvent the iPad's multitasking capabilities. The update includes a feature called Stage Manager that lets users run multiple tasks at once, resize Windows and more.

During testing, the system was criticized by some developers and users for bugs, confusing interfaces and incompatibility with most ipads. The staggered release also allows Apple to devote more resources to iOS 16, the latest version of its software that will ship with the iPhone 14 in September。

The change will also bring the launch of iPadOS 16 closer to the introduction of new hardware for the iPad. The announcement follows news that the company plans to introduce a new version of the iPad Pro with the M2 chip and a faster entry-level iPad with a USB-C port.

An Apple spokesman declined to comment on the plans. That plan could change as the fall product launch season approaches. 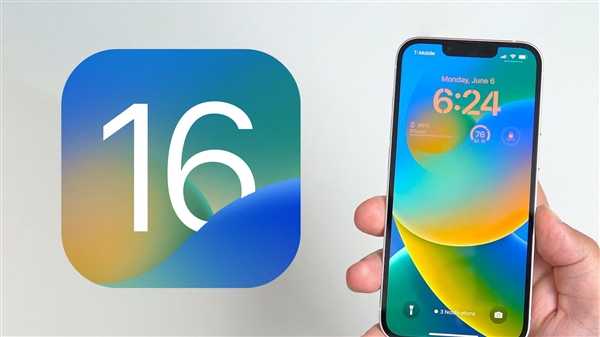 Related news
How to Evaluate the New Changes of Apple Watch Series 5
What can I expect from Apple watch series 6?
Hot news this week
"Sheep a sheep" fire, is expected to attract hundreds of millions of financing? But it doesn't have a license...
The first "zero carbon factory" in the ICT industry, Lenovo (Tianjin) Smart Innovation Service Industrial Park is officially put into production
Baidu Ping Xiaoli: The repurchase rate of users on Baidu App reached 60%, and the daily inquiries exceeded 4 million
Billions of euros in investment, Intel Italy chip factory will be located in the Veneto region, sources said
"Sheep a sheep" the whole network burst fire! The founder was the Alma mater system of exhibition card publicity
Huawei Mate50 is on sale: Kunlun glass version is difficult to find, the maximum price increase of the Porsche series
Tencent Music back to Hong Kong behind: online music "internal volume" intensification, short video will become a new growth rate
Intel failed to deliver on its promise: Summer is over and there's still no high-end, flashy desktop graphics cards
Xiaomi Civi 2 Stable Snapdragon 7:23 87mm2 Large-area VC liquid cooling, heat dissipation increased by 200%
"Look at the weather why do I need to renew membership"? Inkblot Weather membership service is a hot topic
The most popular news this week
Huawei Smart Screen portable version released: 10.4-inch 2K screen, 10995mAh battery
The world's first 6GHz frequency Intel high-profile announcement: the lead is indisputable
Do you have the opportunity to take noise -canceling ear to damage the hearing? Experts from the Three Hospital said that
Jump ticket 2 years "pigeon king"! Avx-512 is publicly supported for the first time in the Intel 60 core
I can't afford to live without Musk's help
Mobile phone fast charge new volume king Xiaomi three new machine into the network: the highest 210W?
Secretary -General of the Federation of Federation: Foreign artificial artificial Chinese online red cars have great advantages in China
Do you want to travel to space? Aerospace expert: China already has technical conditions
The strong response to the iPhone 14 Pro Max could widen the gap between the iP15 Pro series
Intel's Arc A7 flagship graphics card debuts in private: Just these two