After selling Tesla for $6.9 billion, Musk said he was not selling it, but a survey said he was still selling it. The title of the world's richest man may not be guaranteed next ye...

After the sale, Mr. Musk's final direct stake in Tesla was 155 million shares, according to the filing.

This is the first time Musk has cut his stake in Twitter since he announced he was abandoning his bid, which he said was to avoid an emergency stock sale. Musk could lose his spot as the world's richest person by the end of next year based on investors expecting him to sell more Tesla shares by the end of 2022, according to a Bloomberg MLIV Pulse survey.

Mr. Musk responded to the Tesla stock sale on Twitter on the evening of Aug. 9, explaining that he was doing so to avoid an emergency sale in case some equity partners didn't agree to the sale when Twitter forced him to complete the deal. 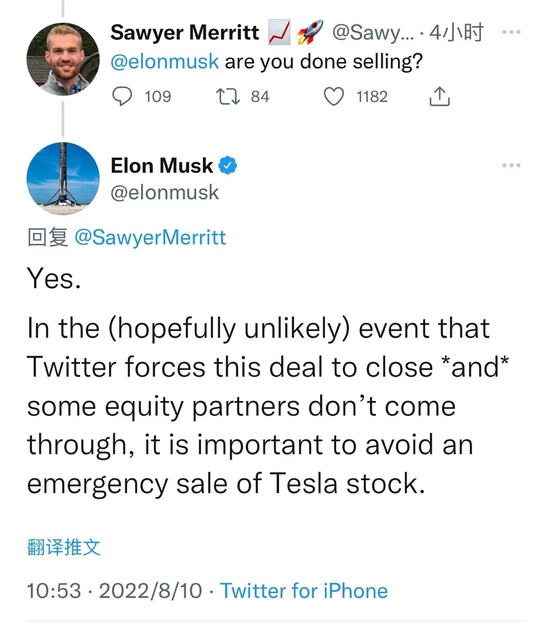 On August 6, Musk said on social media that he might go ahead with his plan to buy Twitter for $44 billion if Twitter can confirm some details about how it measures whether a user's account is a "bot or fake account" or a real person. But if it turns out that Twitter's SEC filings were materially false, he won't go ahead with the deal.

Gene Munster, managing partner at investment firm Loup Ventures, said before Musk explained his reasons for selling Tesla shares that he thought there was a 75% chance Musk would buy Twitter.

The announcement came after Musk pulled out of a $44 billion acquisition of Twitter, citing the company's violation of multiple acquisition terms. In an effort to force Musk to comply with the acquisition agreement, Twitter filed a lawsuit against Musk in Delaware Chancery Court on July 12.

Delaware Chancery Court Chief Judge Katherine McCormick has ordered a five-day fast-track trial of Twitter v. Musk to begin on October 17 to determine whether Musk can back out of the deal, according to reports.

On July 29, Musk filed a countersuit against Twitter, accusing the company of misleading his team about the true size of its user base and other issues that he said amounted to fraud and breach of contract.

The outcome of the legal battle between Musk and Twitter remains unclear.

The sale marks the first time Musk has cut his stake in Tesla since he announced he would not buy Twitter. It is also the second time Musk has sold Tesla shares since April, when he sold about 9.4 million shares.

On April 29, Musk also said on social media that he has no plans to further reduce his stake in Tesla.

Since Musk had just announced a deal to buy Twitter, it was widely assumed that his divestment was an attempt to raise money for the acquisition.

Musk has sold more than $32 billion worth of Tesla stock in the past ten months. 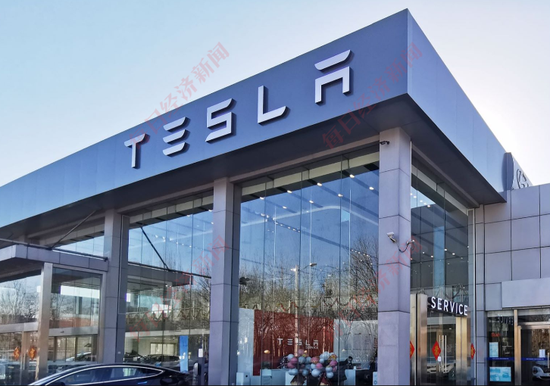 Musk still owns 14.84% of Tesla, making him by far the largest shareholder.

Based on investors expecting Musk to sell more Tesla shares by the end of 2022, with or without the Twitter deal, Musk could lose his top spot by the end of next year, according to a Bloomberg MLIV Pulse survey.

According to the Bloomberg Billionaires Index, Musk has a fortune of $250.2 billion, which puts him at the top of the index. Tesla's stock hit a historic high last year, helping Musk take over the top spot. But Tesla's wealth has fallen by $20bn this year as its share price has fallen from around $1,200 at the start of the year.

Related news
GitHub Trending has long been “hidden” by Chinese developers. Foreign developers SAY NO
13 years of history NVIDIA gave up Tesla brand in a low-key way: name collision with electric vehicles
NVIDIA gives up Tesla brand in a low-key way: because of its name collision with famous electric vehicles
+27715451704 @Selling of Pure Gold nuggets and Gold Bars for
SELLING SSD AUTOMATIC CHEMICAL SOLUTION FOR CLEANING DEFACED
Hot news this week
"Sheep a sheep" fire, is expected to attract hundreds of millions of financing? But it doesn't have a license...
The first "zero carbon factory" in the ICT industry, Lenovo (Tianjin) Smart Innovation Service Industrial Park is officially put into production
Baidu Ping Xiaoli: The repurchase rate of users on Baidu App reached 60%, and the daily inquiries exceeded 4 million
Billions of euros in investment, Intel Italy chip factory will be located in the Veneto region, sources said
"Sheep a sheep" the whole network burst fire! The founder was the Alma mater system of exhibition card publicity
Huawei Mate50 is on sale: Kunlun glass version is difficult to find, the maximum price increase of the Porsche series
Tencent Music back to Hong Kong behind: online music "internal volume" intensification, short video will become a new growth rate
Intel failed to deliver on its promise: Summer is over and there's still no high-end, flashy desktop graphics cards
Xiaomi Civi 2 Stable Snapdragon 7:23 87mm2 Large-area VC liquid cooling, heat dissipation increased by 200%
"Look at the weather why do I need to renew membership"? Inkblot Weather membership service is a hot topic
The most popular news this week
Huawei Smart Screen portable version released: 10.4-inch 2K screen, 10995mAh battery
The world's first 6GHz frequency Intel high-profile announcement: the lead is indisputable
Do you have the opportunity to take noise -canceling ear to damage the hearing? Experts from the Three Hospital said that
Jump ticket 2 years "pigeon king"! Avx-512 is publicly supported for the first time in the Intel 60 core
I can't afford to live without Musk's help
Mobile phone fast charge new volume king Xiaomi three new machine into the network: the highest 210W?
Secretary -General of the Federation of Federation: Foreign artificial artificial Chinese online red cars have great advantages in China
Do you want to travel to space? Aerospace expert: China already has technical conditions
The strong response to the iPhone 14 Pro Max could widen the gap between the iP15 Pro series
Intel's Arc A7 flagship graphics card debuts in private: Just these two