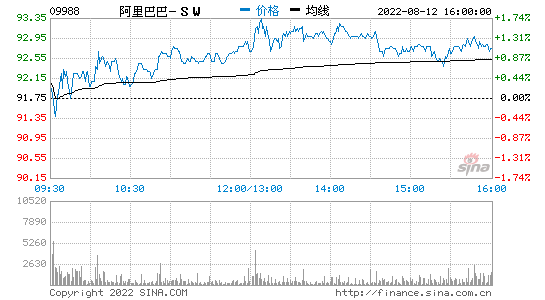 From the 13F regulatory documents filed by Bridgewater Fund, the fund in the second quarter to add Baidu, NIO, Alibaba, JD ADR clearance. However, according to people familiar with the matter, the so-called "liquidation" was mainly due to Bridgewater switching from holding Chinese ADRs to holding shares in the secondary listing in Hong Kong.

Bridgewater, the world's largest hedge fund, filed a 13F regulatory filing with the Securities and Exchange Commission (SEC) on August 11, local time. Bridgewater's holdings reached $23.598 billion at the end of the second quarter of 2022, the filing showed, compared with a total market capitalization of $24.807 billion in the previous quarter, down 5% sequentially.

Under SEC rules, fund managers with more than $100 million in assets under management are required to disclose their holdings in stocks and bonds in a document known as a Form 13F within 45 days of the end of each quarter.

Overall, Bridgewater added 116 stocks to its portfolio in the second quarter, adding 612 stocks, reducing 256 stocks and eliminating 99 stocks. The top 10 holdings accounted for 29.41% of the total market capitalization.

However, according to people familiar with the matter, Bridgewater's reported sharp fall in holdings was mainly due to the shift from ADRs in Chinese shares to holdings in the secondary listing in Hong Kong. How many specific into now still can't see, the next may also see the fund company in succession to Ali ADR news. In other words, Bridgewater only converts the holding venue, rather than completely liquidating the relevant ADRs. 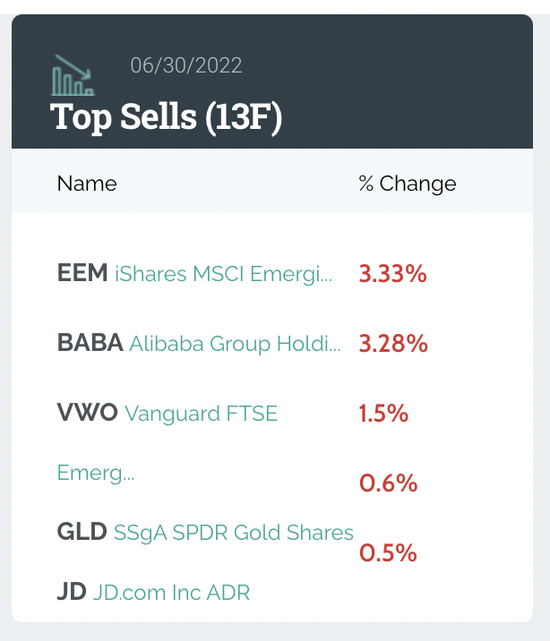 The other top 10 holdings are the iShares S&P 500 ETF, the Emerging Markets ETF Vanguard MSCI, PepsiCo, Costco and Wal-Mart.