After the U.S. chip bill takes effect, the manufacturer's snatching subsidy war is even more intense

The bill has two aspects: chip and science: chips, including $ 52.7 billion in semiconductor R & D, manufacturing, and labor development subsidies, as well as 25%of the capital expenditure of semiconductor and related equipment manufacturing (about $ 24 billion); science science; science; science In terms of artificial intelligence, quantum computing, wireless communication, precision agriculture, etc. provide about $ 200 billion in research funds. (Surging News, 2022.8.10) After passing, according to the calculation, the United States' proportion will increase significantly to 12%in 2025, the global advanced process chip market in 7nm and below. (Phoenix Satellite TV, 2022.8.11)

However, the United States has added a clause in the bill -the subsidized semiconductor enterprise prohibits the semiconductor factories that newly build or expand the advanced process in mainland China in the next ten years. Companies that violate the terms or fail to correct the state of illegal status shall be refunded in full. Simple explanation, that isLegislative chip dealer standing teamEssence With the advancement of the bill, the giants want to share a share from the subsidy, and they have announced their own expansion plan:

As early as last year, TSMC spent $ 12 billion in the new wafer fab has started in Arizona. This factory will produce 5nm chips;

In June of this year, Alphabet, Amazon and Microsoft's CEO jointly signed a letter with more than 100 other CEOs to urge the US House of Representatives and Senate to pass the chip bill;

At the end of June, Global Wile, the world's third major semiconductor silicon wafer factory, is expected to invest 5 billion US dollars to establish a new 12 -inch silicon wafer plant in the United States;

In July, Samsung plans to spend nearly $ 200 billion in 11 wafer fabs in Texas;

From now to 2030, Micron will invest 40 billion US dollars to make storage chips in the United States. This investment will create up to 40,000 new jobs in the construction and manufacturing industry. From less than 2%to 10%in the next ten years; (CNBC, 2022.8.9)

Qualcomm announced that it will purchase an additional $ 4.2 billion semiconductor chip worth $ 4.2 billion from the New York Factory of the Grade Worker Company, and the total purchase amount will reach $ 7.4 billion by 2028. Semiconductor output increased by 50%; (Qualcomm's official website, 2022.8.9)

Intel is the company that requires the most required chip and science bill. Earlier has previously lobby legislators to pass the chip bill as soon as possible to promote its construction in a chip factory in Ohio. In order to get subsidies, Intel once strike the foundation of the Ohio chip factory. The factory has initially invested $ 20 billion, and the construction cost may be as high as $ 100 billion. Bloomberg pointed out that although Intel's active lobbying has successfully put the chip bill to the ground, it also puts itself in an awkward situation. The previous week, Intel's financial report not only declined greatly, but also was very pessimistic about prospects. On the contrary, as of the end of the last quarter, Intel hired nearly 114,000 employees, which was higher than the average level in the past ten years. Therefore, the company is facing the pressure of cutting costs and maintaining profits. Although Intel is not worried about receiving subsidies, the company's difficulties have just begun.

At present, these wafers are facing the risk of losses:

Samsung Electronics has invested in two advanced 3D NAND factories in Xi'an. The Xi'an plant accounts for more than 40%of the total output of Samsung NAND flash memory;

Intel has a packaging/test plant in Chengdu, which may be limited by the bill;

In addition, the bill also mentioned that with technological progress, the 28nm standard will be re -evaluated, which means that the United States may have more and more restrictions on chip companies in China in the future. (Performance News, 2022.8.11) Not only that, the United States has recently been increasingly tighter to China's semiconductor. In order to develop semiconductors, the United States attempts to imitate the sanction of the Japanese chip industry in the 1980s. (Phoenix.com, 2022.8.11) 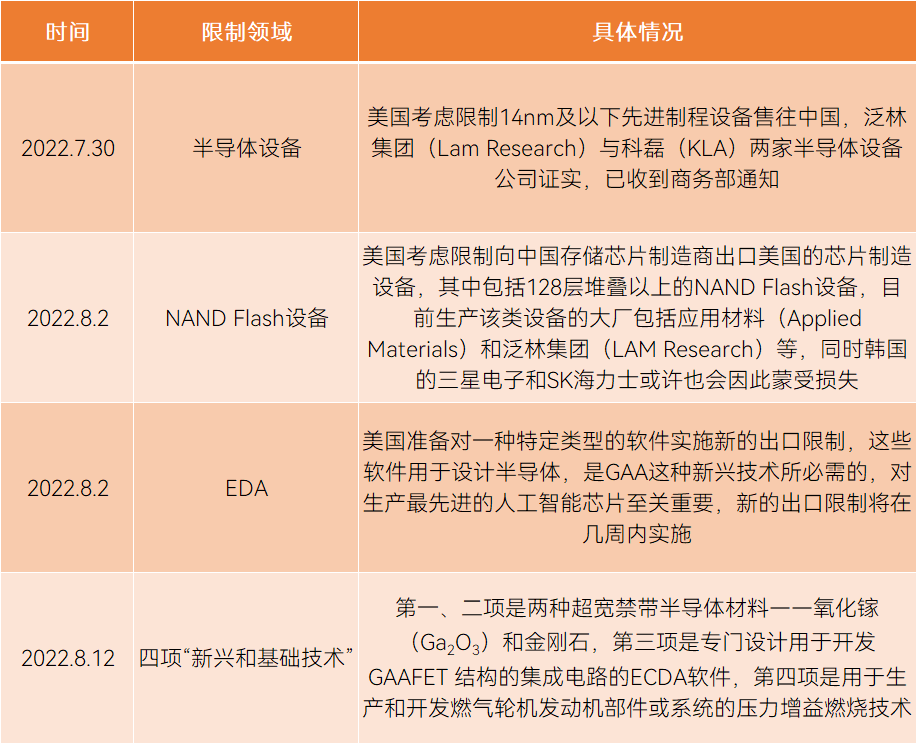 Why did this bill come on? The rise of the digital economy has become the key to the security of the industrial chain. The chip industry has risen to a strategic issue, and more and more countries will participate in this competition. (People's Forum Network, 2022.8.9) 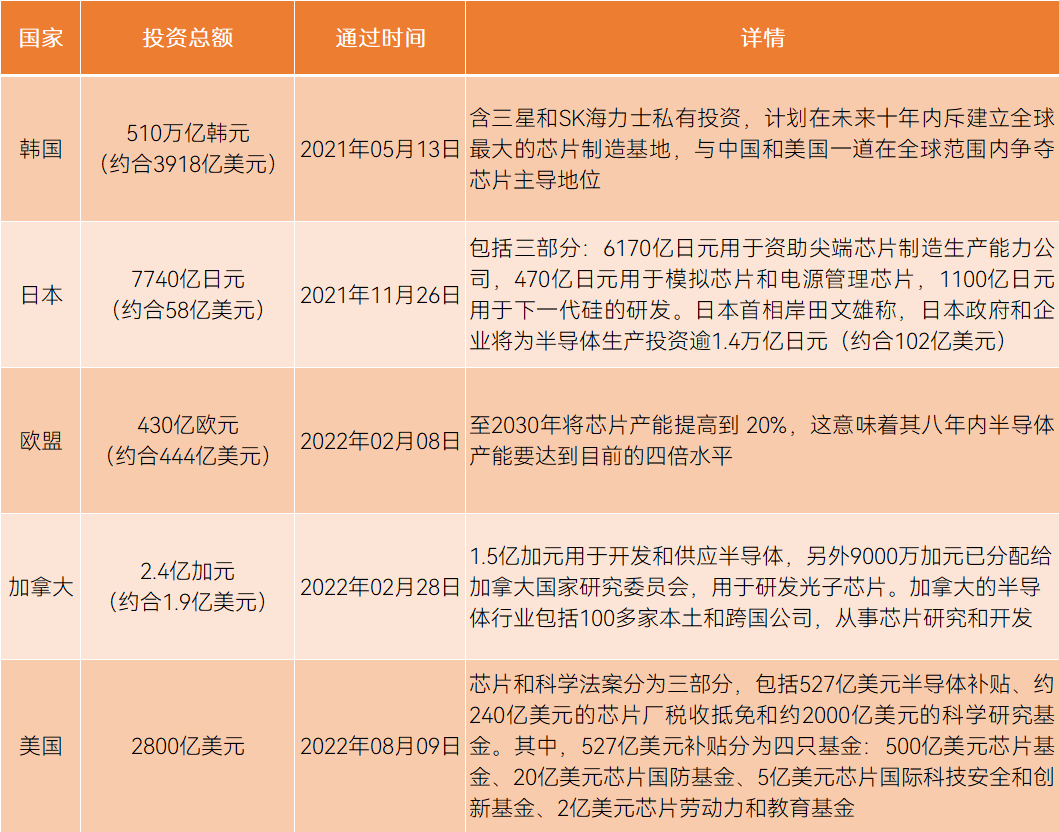 I have to say that the US chips and science bills will distort the global semiconductor supply chain and disturb the international trade. Tokyo Electronics, the largest semiconductor manufacturer in Japan, said that the United States was very worried that the United States would expand export control because the Chinese market was too important for him. In addition, as the Korean market demand is extremely dependent on China, South Korea is cautious about the US -led chip Alliance (CHIP 4). ("First Finance", 2022.8.12)

The industry believes that the United States is unrealistic to stand in the semiconductor industry with such behaviors, and it is not helpful to fundamentally solve the crisis of disconnection. (Question VOICE, 2022.8.3) The Global Times Finance Weekly believes that the "long water" of the chip bill is difficult to solve the "near thirst" of the core of the car chip industry. ("Global Times Finance Weekly", 2022.8.11) From the perspective of the stock price, the chip bill is not allowed. On the day of signing, the US stock semiconductor plummeted.

From a longer -term perspective, the study of Cingermind believes that the American chip and the scientific bill are only a small step, and more to promote the chip Quartet Alliance. Domestic semiconductors have risen, and the United States will inevitably force the domestic semiconductor industry to develop further.