Original title: PS4 total sales may be set at 117.2 million units, which is currently ranked fourth in sales consoles

Recently, analysts Daniel Ahmad posted that because Sony has no longer updated PS4 sales, this may mean that PS4 has basically reached the end of its production cycle, and the sales volume of PS4 will temporarily fix about 100 million in March 2022 in March 2022. 17.2 million units. 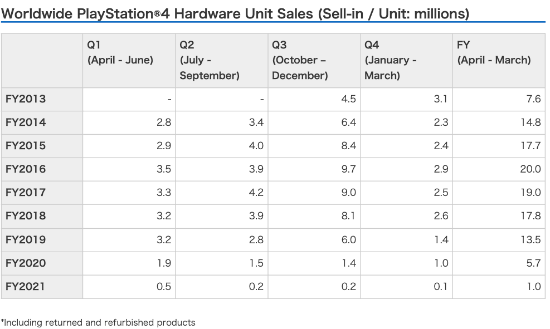 The analyst also said that 117.2 million achievements are currently ranked fourth in the game console, but it is estimated that it will soon be overtaken by Nintendo Switch, because Nintendo Switch has recently sold 111 million units, and it may be in their lives in their lives The intermediate stage of the cycle.