Dai Weimin: The next five years are the key period for localization. Chiplet changes lanes to overtake cars

· The Chiplet is more important, a lane change to overtake, and a new technology to continue Moore's Law. 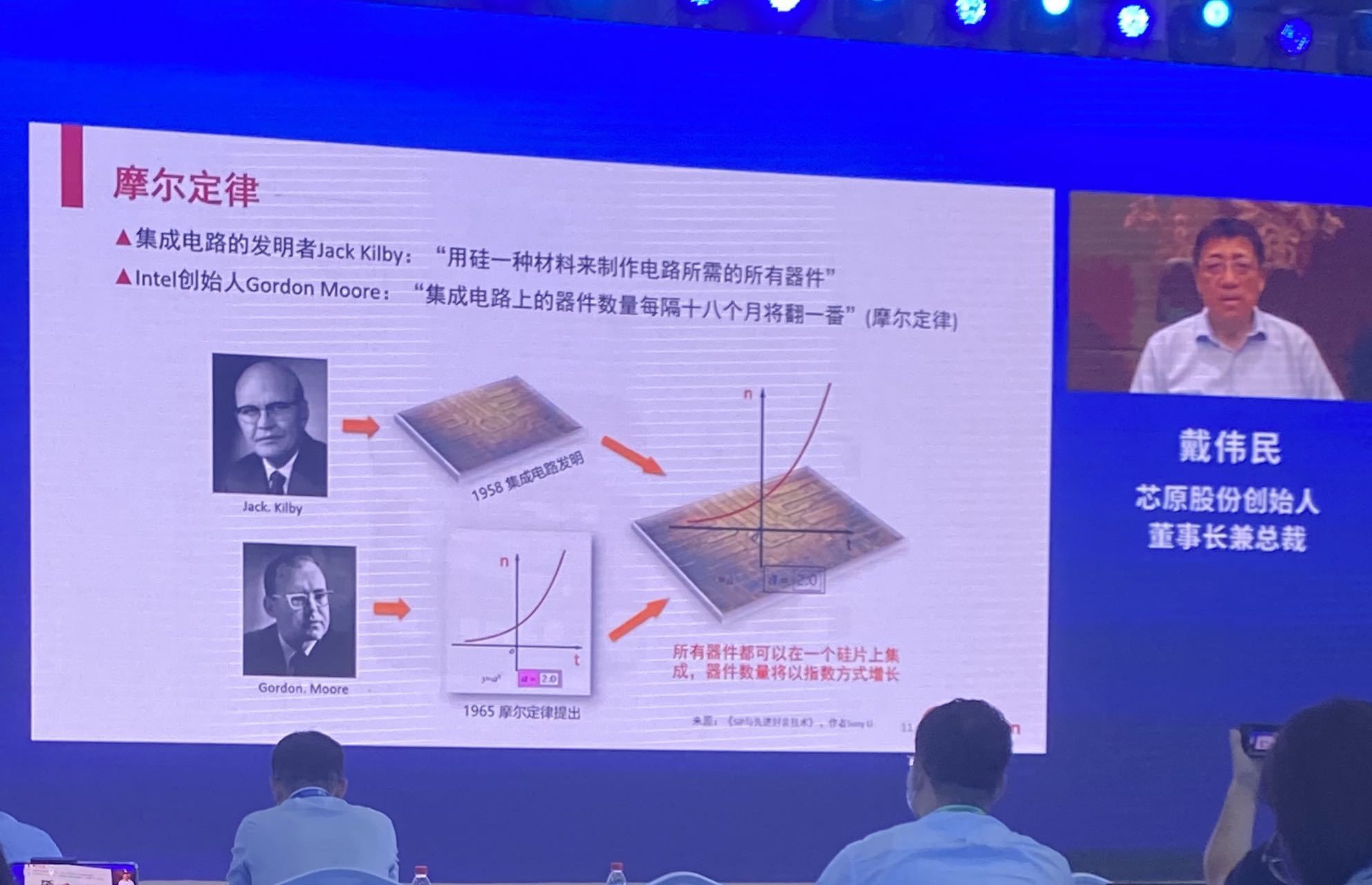 Dai Weimin, founder of Xinyuan Stock, talks about the Road of Chiplet Industrialization in China. "Some say this is the worst year of the past five years and the best year of the next five years. But I have to say, the view is unique." On August 17th, in Nanjing, Jiangsu province, founder, Chairman and President of Chip Microelectronics (Shanghai) Co., LTD. (Chip, 688521.SH), Dai Weimin mentioned in his report "Road to Chiplet Industrialization in China" at the 2022 China IC Leadership Summit that we are currently in an extraordinary historical period. The next five years will be a crucial period for localization.

In fact, "I predicted early last year that capacity shortages would start to ease in the second half of this year, and that there would be excess capacity at individual process nodes in the second half of next year. So many international organizations are predicting a significant slowdown in semiconductor revenue growth this year."

Against this backdrop, "some say this is the worst year of the past five years and the best year of the next five years. But I would say that the scenery is unique because we are in a very historical period and the next five years will be a critical period for localization." Simple localization has been basically completed, and the industry is moving towards deep water, such as R&D of CPU, GPU and high-performance computing.

Dai Weimin believes that China's semiconductor industry will usher in a new wave of mergers and acquisitions, and the more important significance of Chiplet for us is to change lanes and overtake.

The semiconductor industry has been a special development. It has followed Moore's Law. The number of devices on an integrated circuit doubles every 18 months, and the semiconductor industry has changed dramatically. Moore's Law states that the density of devices on a single piece of silicon increases exponentially, and Dai says that if the density of functions on a single piece of space can continue, we can try Chiplet's approach.

A Chiplet, commonly known as a core or small chip, refers to a pre-manufactured, reintegrated chip (DIE) with a specific function. For example, a complex SoC chip is first decomposed according to different computing units or functional units at the time of design, and each unit is manufactured separately with the most suitable semiconductor manufacturing process. Then, each unit is interconnected with each other through advanced packaging technology, and finally integrated into a system-level chipset.

Chiplet is a new technology to continue Moore's Law. According to the research report of Everbright Securities, it is expected to continue the "economic benefits" of Moore's Law at the moment when Moore's law is slowing down, greatly improve the yield of large chips, and reduce the design complexity and cost.

Semiconductor IP is the key upstream technology link of chip design, which can help shorten the chip development time and reduce the risk of research and development by building blocks. "Chiplet brings IP to the chip," Dai said. "Chiplet is IP reuse at the wafer level." Since each chip does not need the same process node, multiple small chips manufactured separately based on different process nodes can be packaged into a chip to achieve integrated isomerization. Even small chips based on Si (silicon), GaN (gallium nitride), SiC (silicon carbide), InP (indium phosphide) and other materials can be packaged together through heterogeneous integration technology to achieve integrated heterogeneity.

Both Intel and AMD are pushing Chiplet, and Dai says the first problem to solve is how the Chiplet connects to each other, or the interface.

Unified interface standards are crucial for the development of Chiplet industry. In March this year, ten leading companies including AMD, Intel and Samsung announced the establishment of the Chiplet Industry Alliance to jointly build the Chiplet interconnection standard UCLe (Universal Core Interconnect Technology) and promote the open ecosystem. In April this year, Core announced that it would join the UCLe Industrial Alliance and jointly promote the research and application of the UCLe1.0 version specification and the new generation of UCLe technical standards with other members of the UCLe industrial Alliance.

"UCLe will have a profound impact on the industry." "We are likely to be one of the first companies in the world to launch a commercial Chiplet," Dai said, noting that the company's vast array of processor ips, understanding of chips and packaging are a natural fit for the Chiplet business.

Related news
Amazon KEY Service provides in-car delivery service for Ford Lincoln vehicles
@!!FROM 18-70YEARS/Call king@+27715451704 HOW TO JOIN ILLUMI
Joe Biden also mentioned Chiplet? An unexpected A-share buzzword in A White House briefing
The next five years will be the key period for localization of Chiplet to change lanes and overtake cars
Hot news this week
Apple is recruiting neurorendering research scientists to create immersive experiences for AR/VR products
Tesla China will take the initiative to significantly reduce production if it still fails to sell by 40,000 yuan
The Internet reported that the Shanghai factory would voluntarily cut production by 20%, Tesla responded
Hangzhou Internet Court: NFT digital collection belongs to the network virtual property, protected by law
Amazon has withdrawn a new offer from its retail division, cutting off new employees who were due to start early next year
You know what? Looking at your phone while driving is the equivalent of driving blind for about 50 meters, which is extremely dangerous
The United States has approved the first fecal transplant to treat disease by transplanting someone else's feces
Dalitsu, a lens supplier for Apple's iPhone 14, reported revenue of NT $5.231 billion in November, up 20 percent from a year earlier
Transsion Holdings: Established a global strategic partnership with Google to carry out in-depth cooperation in areas such as Android system
Do the most lightweight and smooth system! - MIUI 14 will come soon: The flagship will also be upgraded two years ago
The most popular news this week
Activision Blizzard CEO says Microsoft acquisition will go ahead, FTC allegations are factually incorrect
Experts: do not take ibuprofen if you eat Lianhua Qingdian, separate Chinese and Western medicines
Up to 56 cores! The new generation of Intel processors is coming.
Upgrade second regret! Serious problems after AirPods Pro 2 update
Apple got Sony's flagship sensor! iP15 is now more expected
Ibuprofen does not have to compete for the world's largest production capacity in China: one company is enough for 3.3 billion people.
QQ level first in the world! I responded to make netizens envious: the family opened the Internet cafe
Cook's "no" to Musk: cost Apple 4.4 trillion
AI paintings fetch a record price of 1.1 million! Baidu's AI painting was tested and the result was amazing
Burst! Tesla China discontinues Model Y production